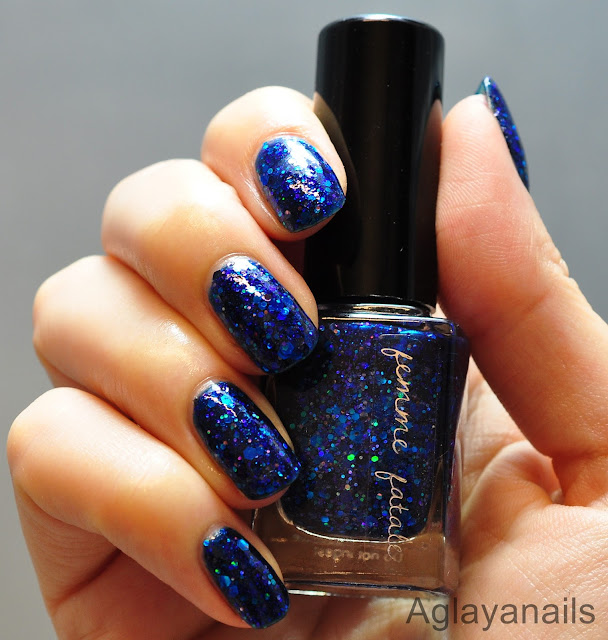 Coldwraith is the name of today's polish by Femme Fatale. 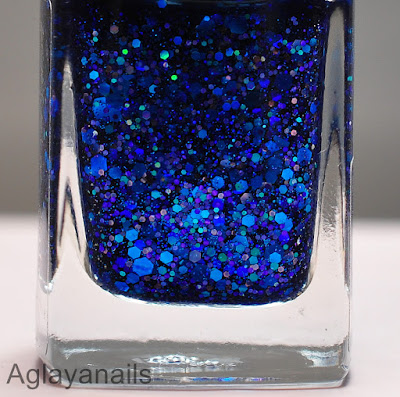 Coldwraith has a dark royal blue jelly base filled with lots and lots of blue, teal and purple hex glitters, some of them holographic. I used three coats and added two coats of KBShimmer Clearly On Top, as Coldwraith dried rather gritty (this could be because of the age, my bottle is quite ancient and this polish is no longer produced, but I've seen it's still available at some retailers). 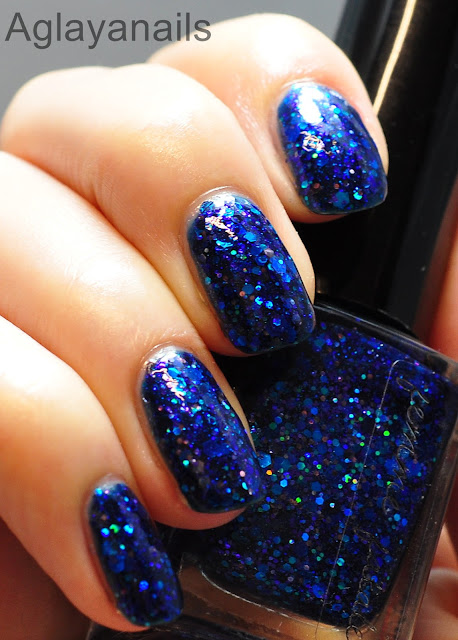 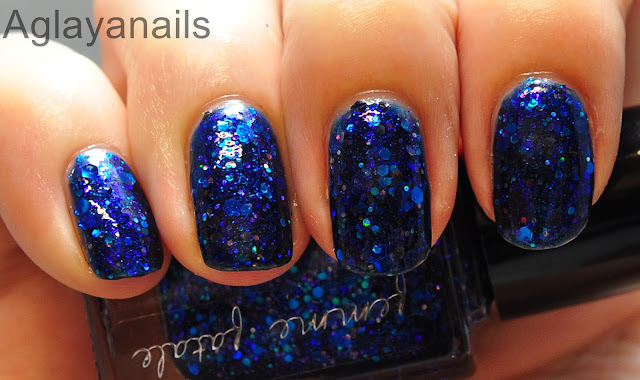 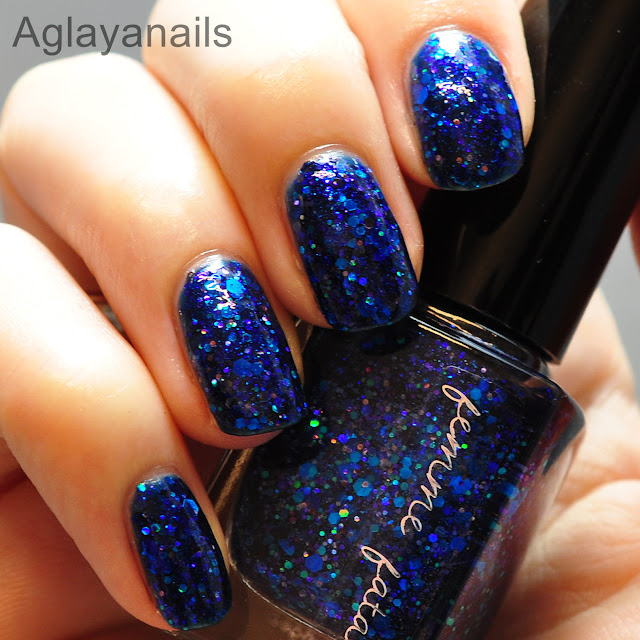 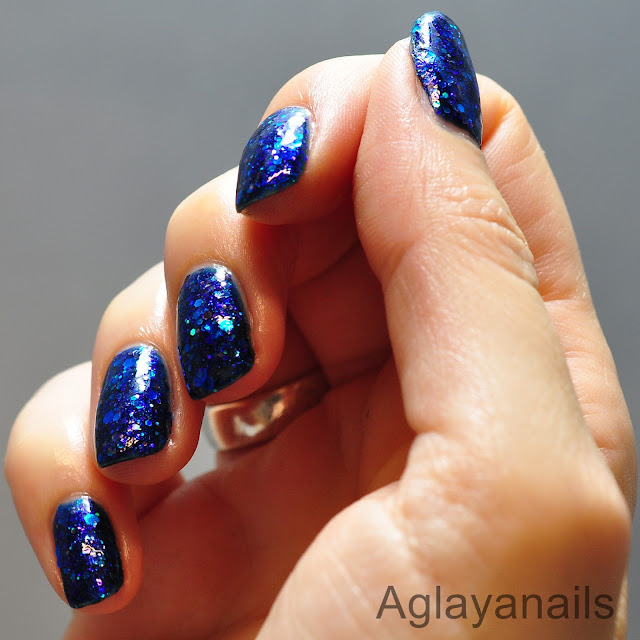 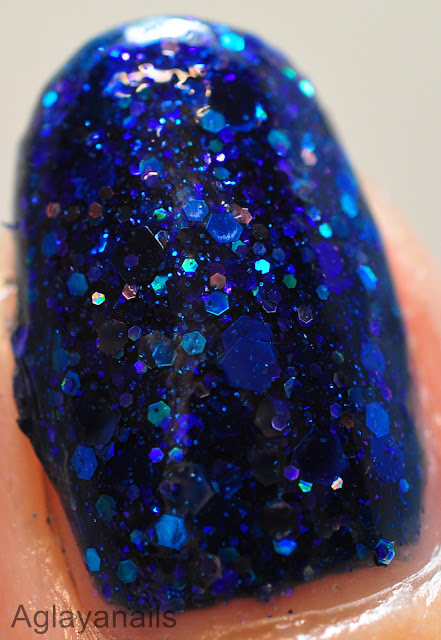