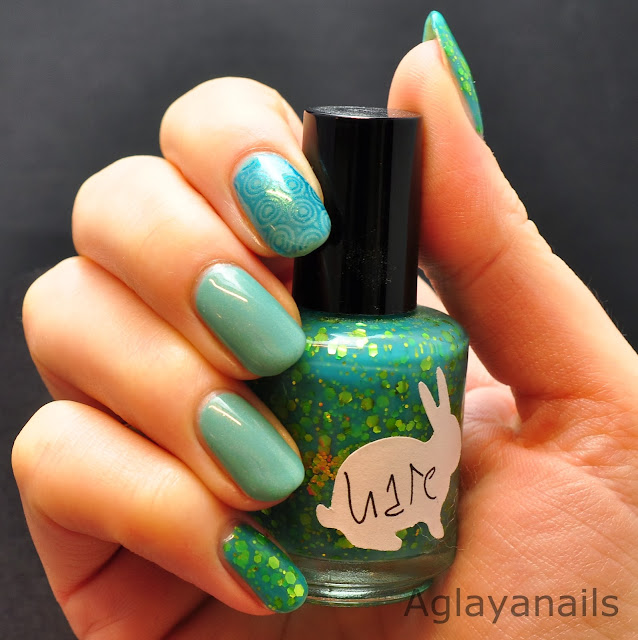 Happy New Year! I hope you arrived savely in 2014. Today finally the third season of Sherlock starts on BBC. To celebrate this occasion, I have a skittlette mani based on a Sherlock polish to show you. 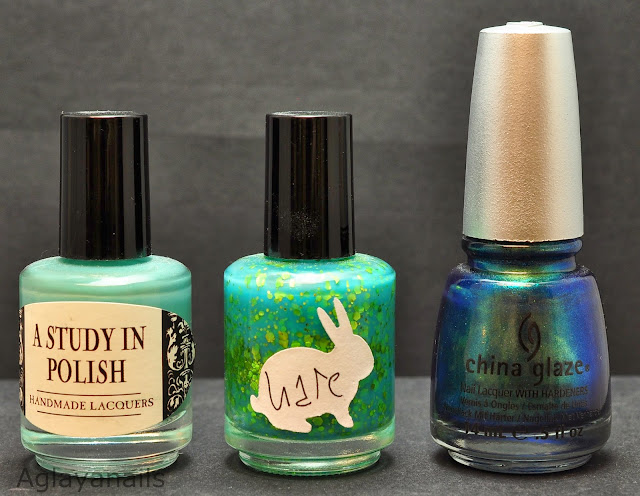 A Study In Polish named this gorgeous tiffany blue holo Mind Palace, after the place in Sherlock's mind, where (mentally) goes to concentrate. The holo effect isn't very strong, but still clearly visible. I used three thin coats for opacity and had no issues with application. 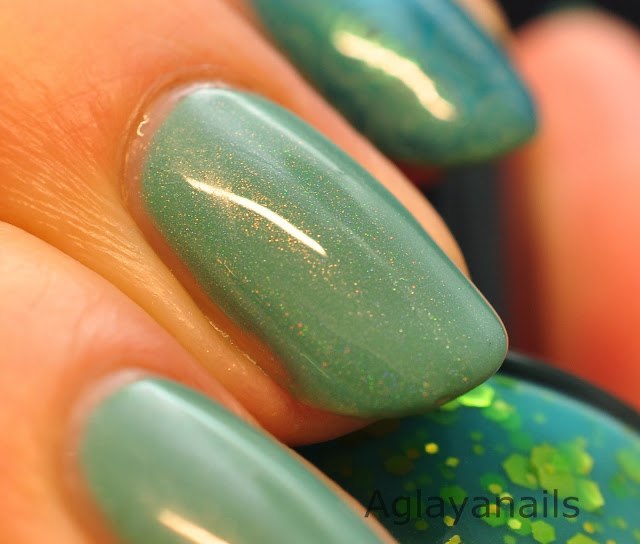 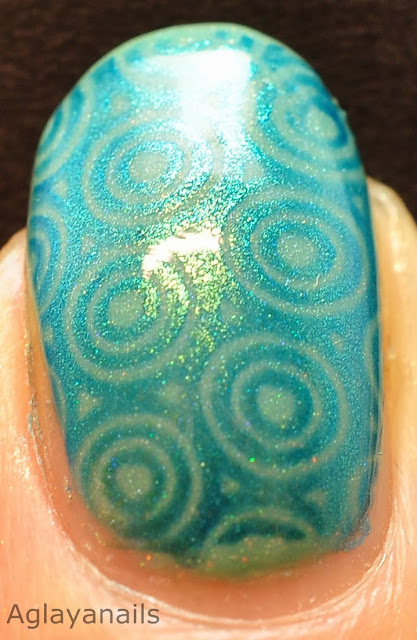 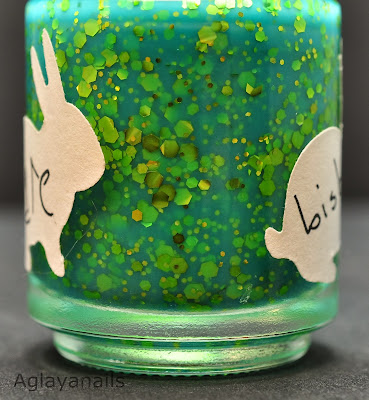 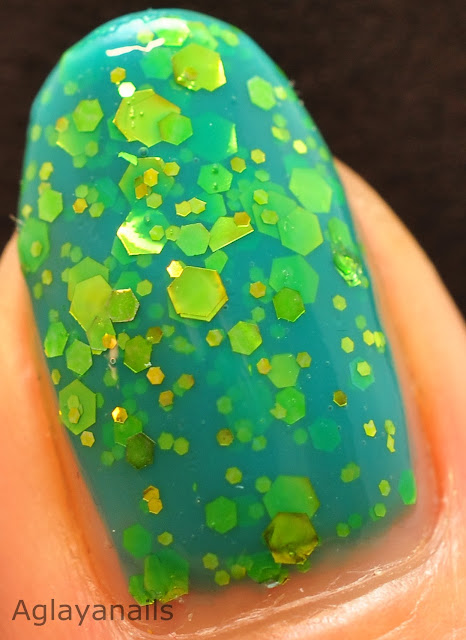 Application of Bisbee was easy, no dabbing of fishing for glitters needed. I added one coat of Nail Pattern Boldness Glitter Food over Bisbee, and then one coat of KBShimmer Clearly On Top over the complete mani. 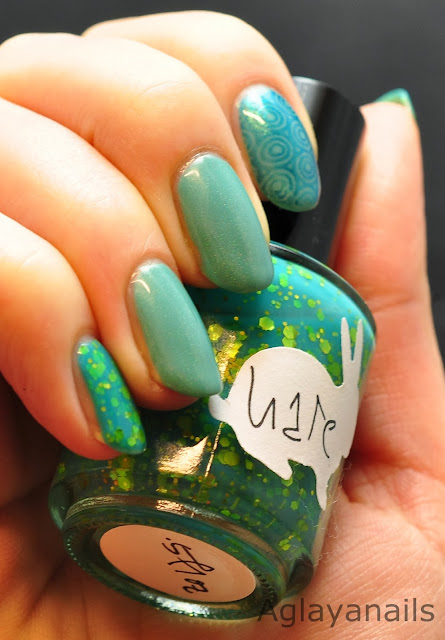 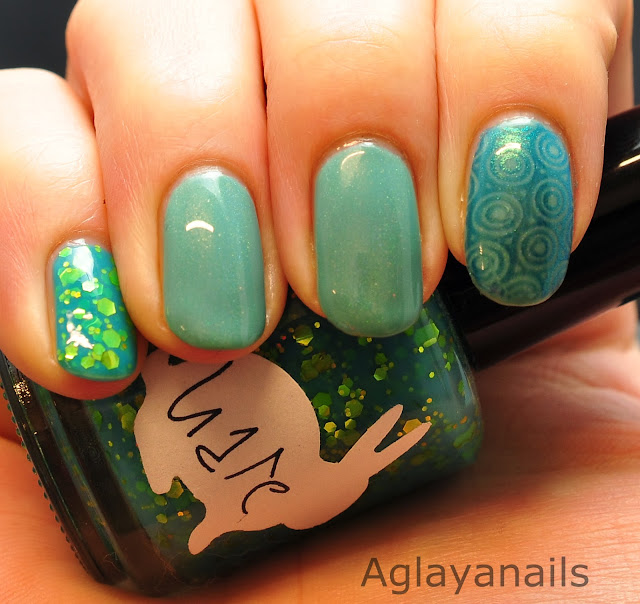 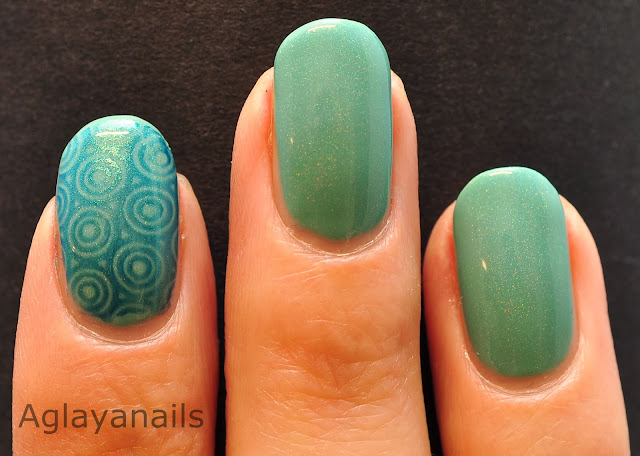 
Hare polishes are available on Etsy or at Llarowe. My version of Bisbee is no longer produced, but there's a new version of it, containing not only yellow/gold hexes, but also squares, plus gold shimmer.