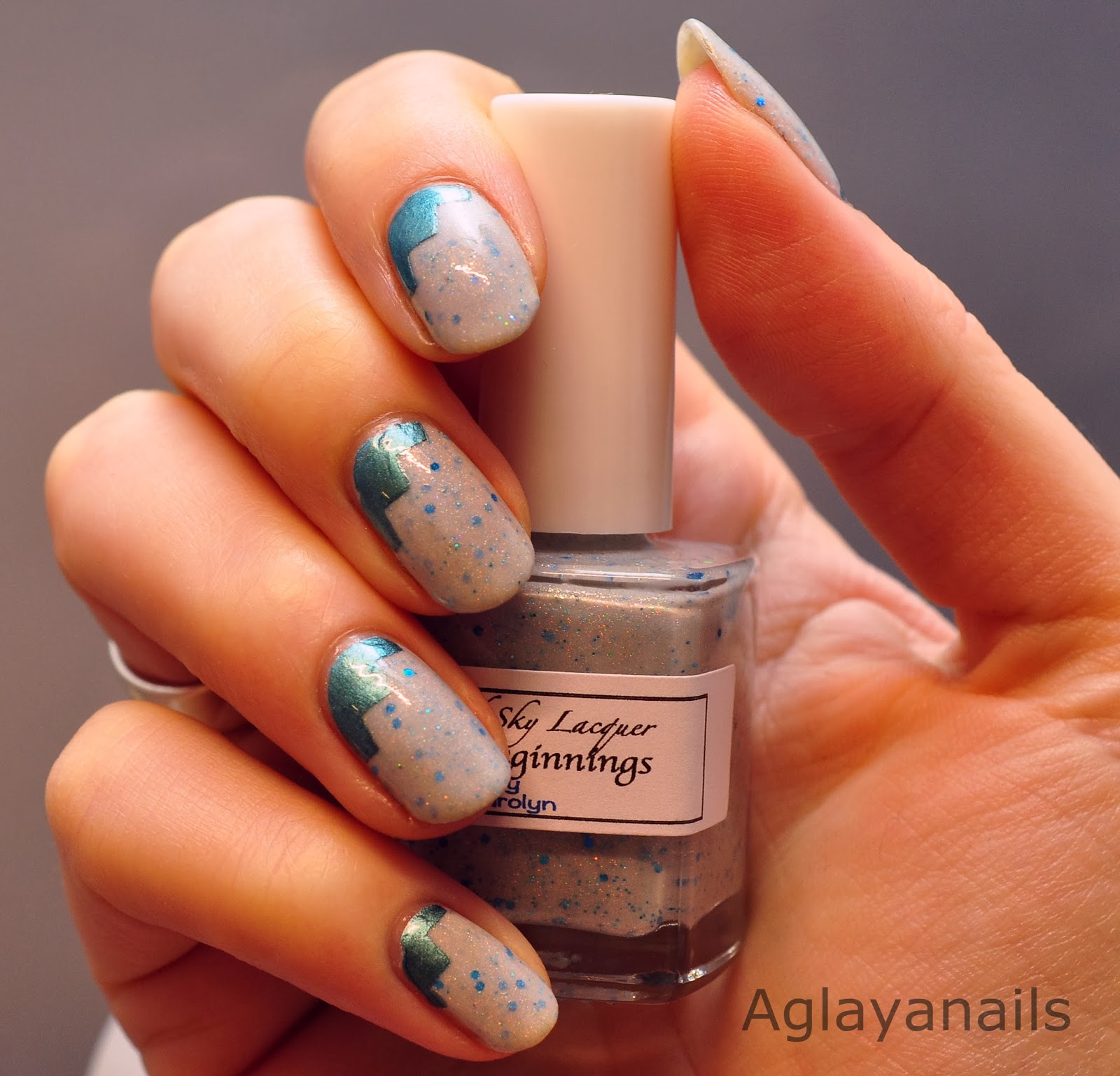 After the december "A Box, Indied" directly to the january box, today with Liquid Sky Lacquers New Beginnings. 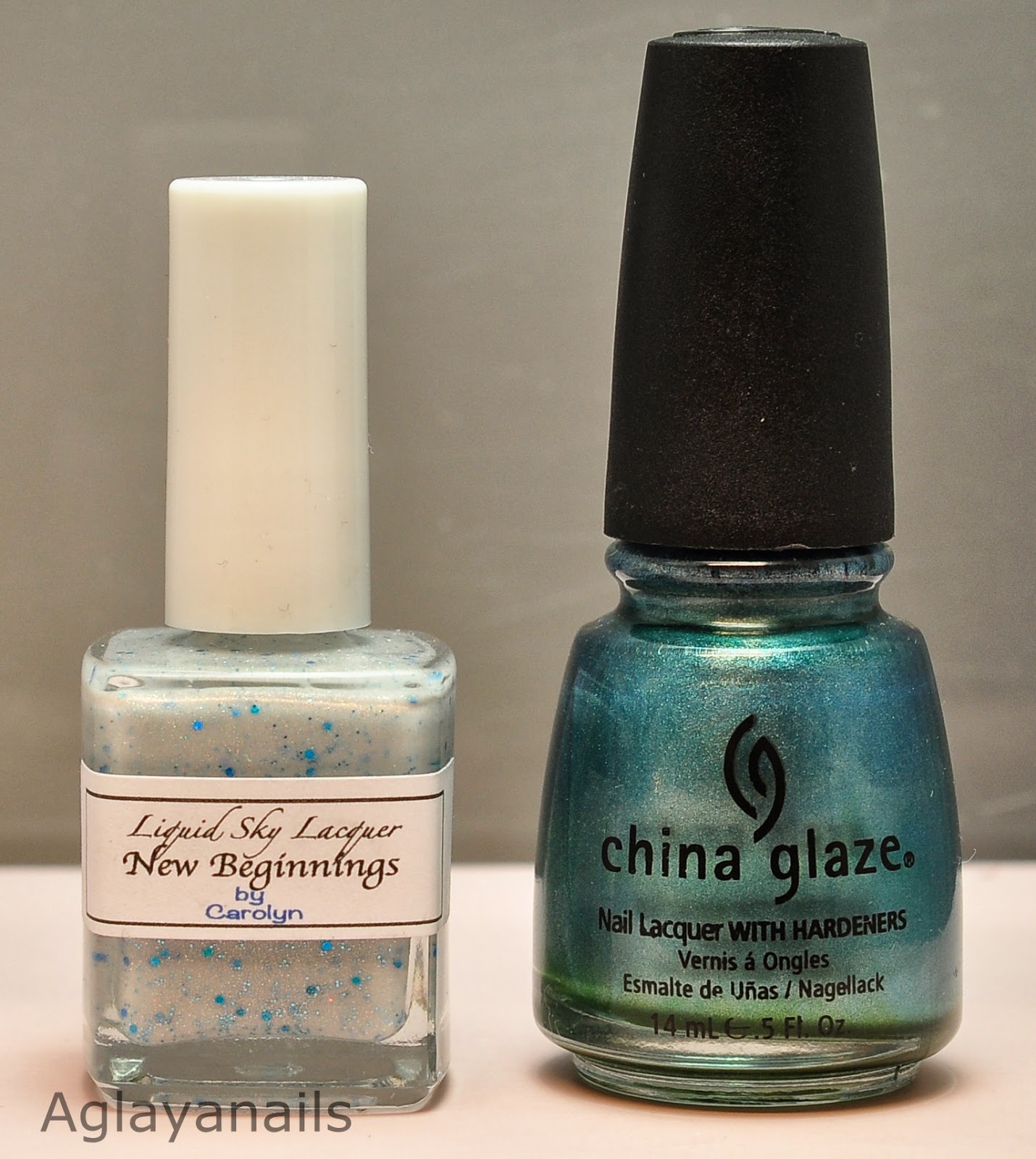 New Beginnings has a silvery white holo base with blue holographic hexes and some blue shimmer particles. In a way it's pretty similar to Etheral Lacquer Winter Vail I showed you on saturday, but with blue glitters instead of iridescent ones. 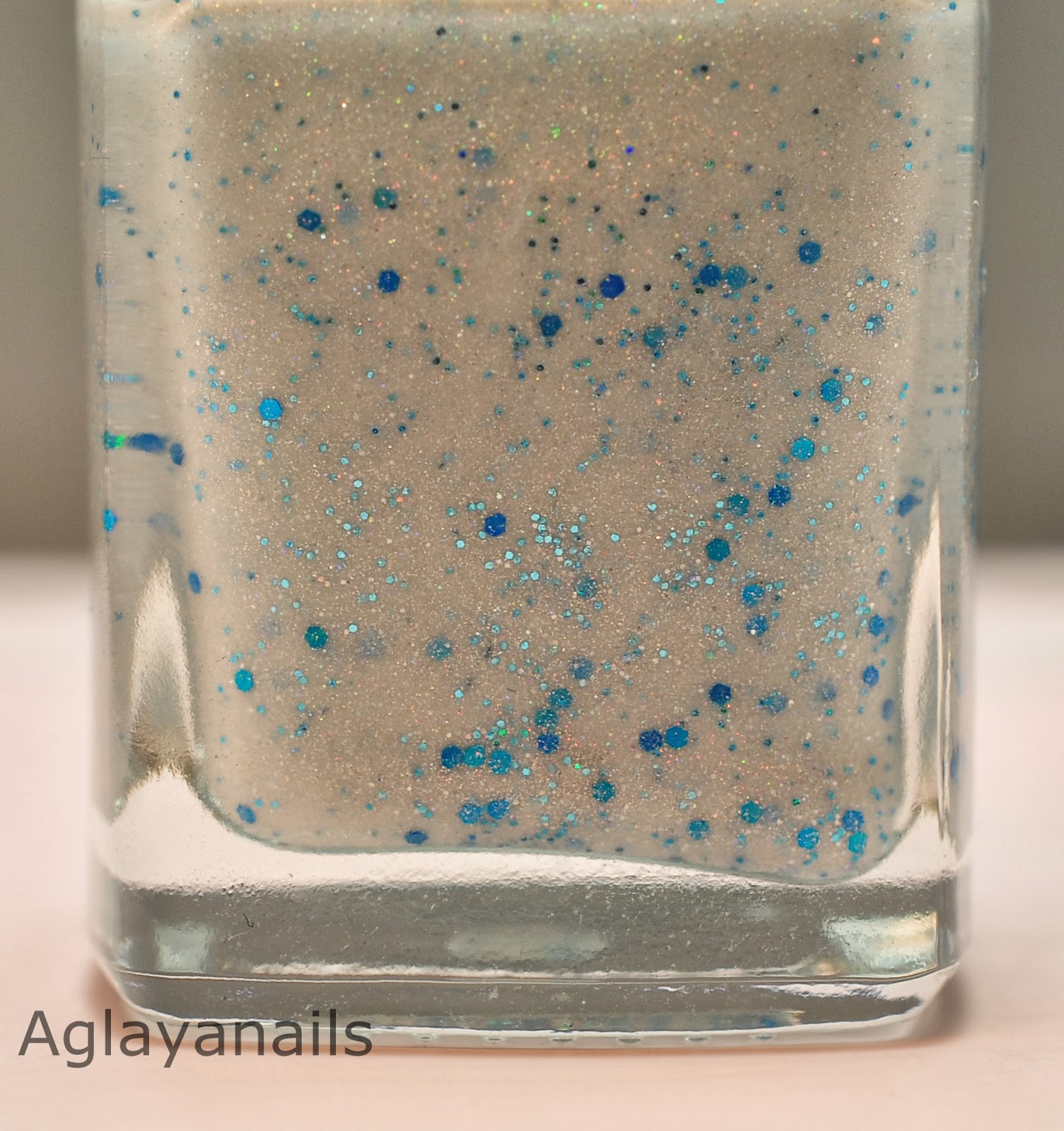 New Beginnings is pretty sheer, but light holos often are. I used four coats for opacity. One coat of Rica Glossy Glam Topcoat helped speeding up the drying time.

After New Beginnings was completely dry (I waited about two hours), I used the chevron nail vinyls and China Glaze Adore (Romantique Collection) to add a "stair like" pattern. Another coat of Rica Glossy Glam finished this mani. 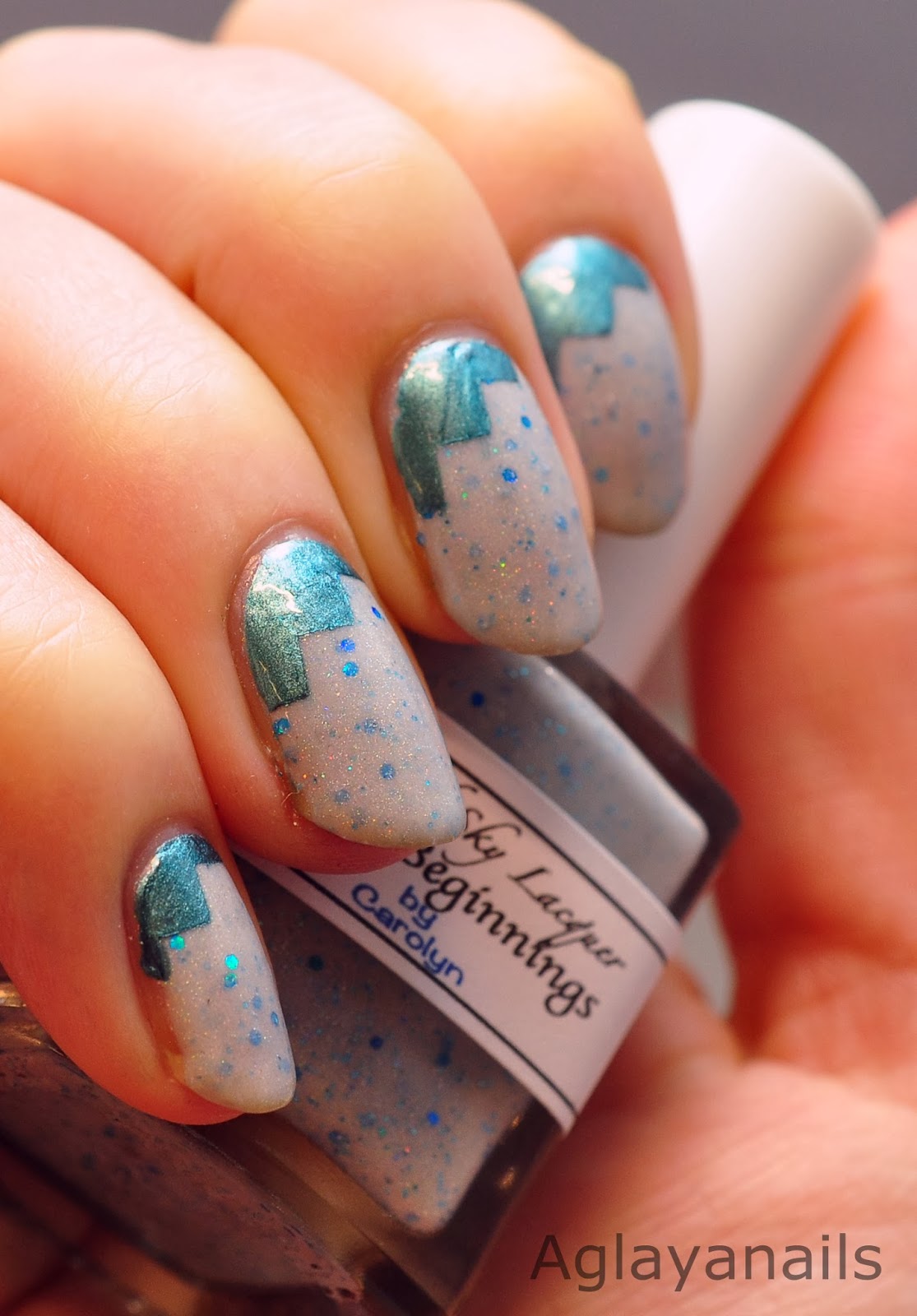 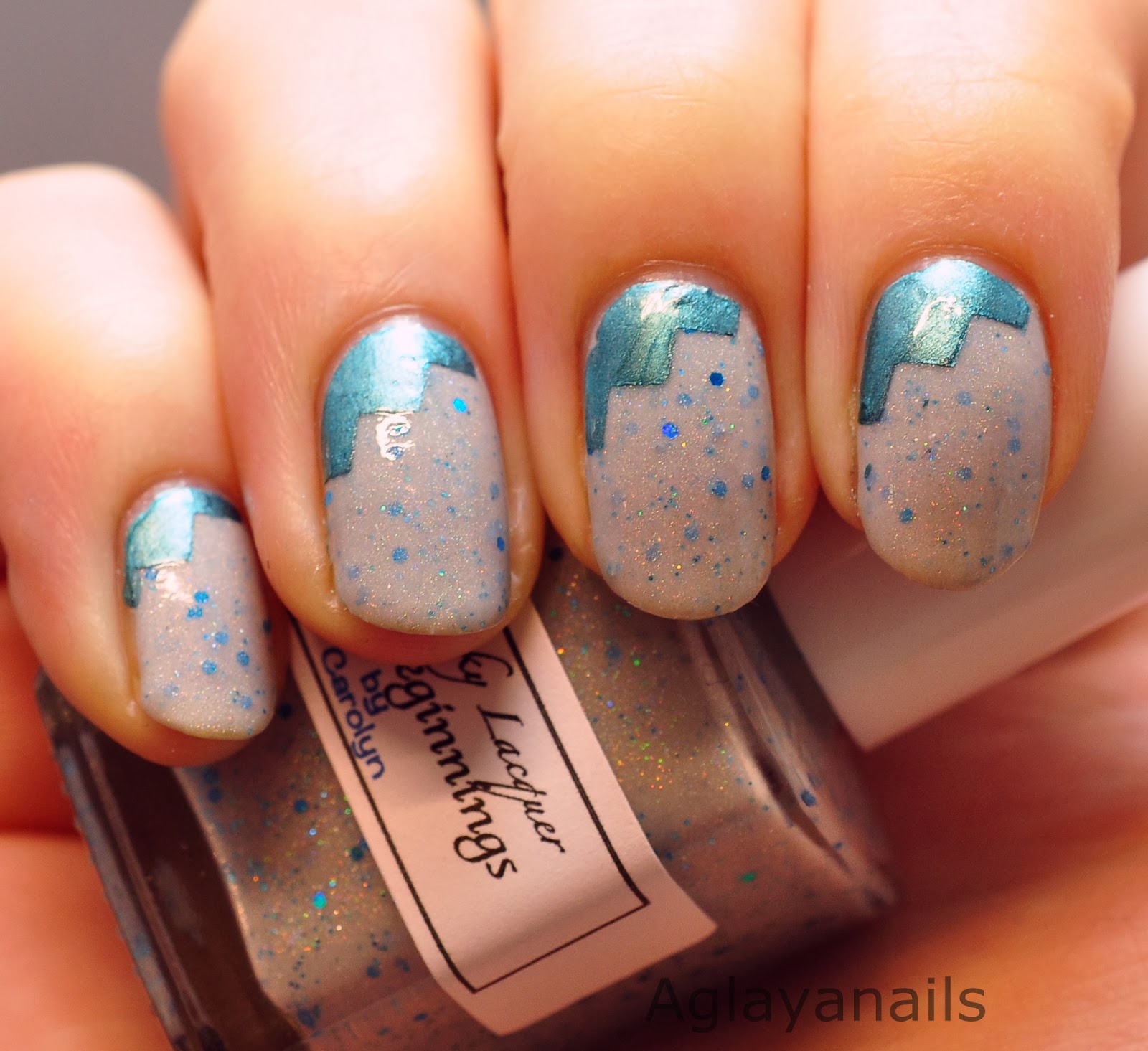 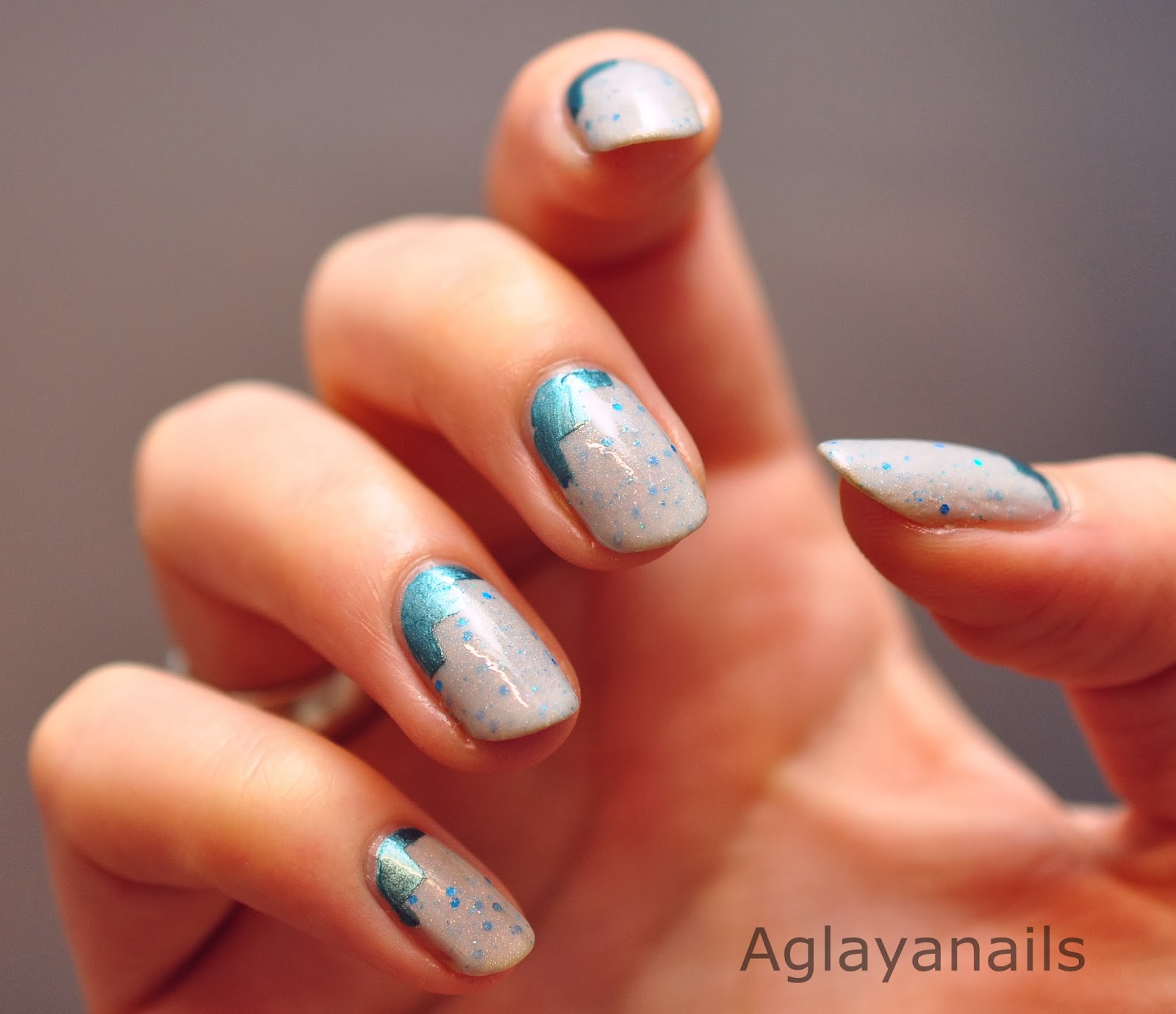 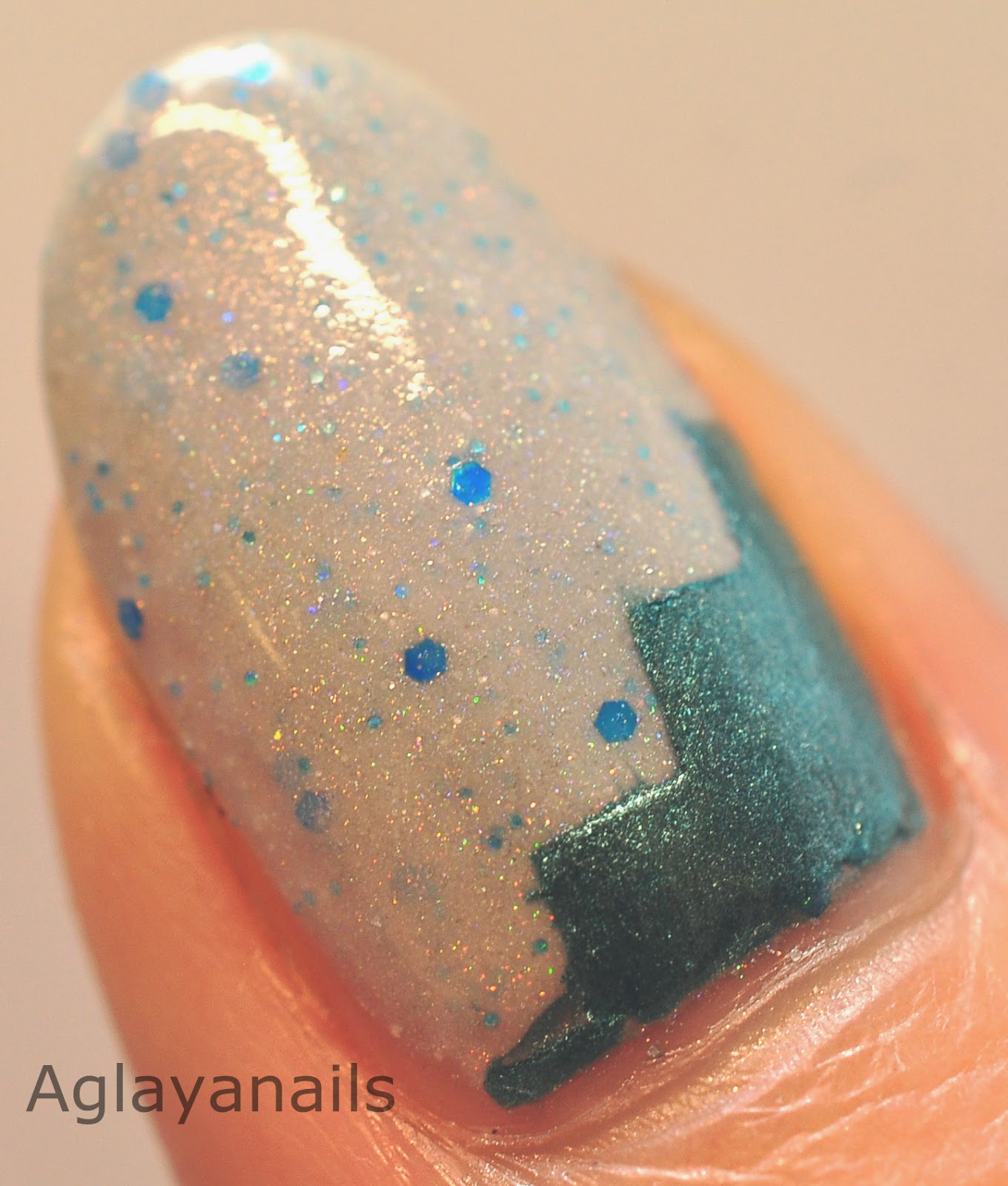 Liquid Sky Lacquers are available at Big Cartel, MeiMei's Signatures and Norway Nails. New Beginnings is exclusive to the january "A Box, Indied". The box with five polishes is available at Llarowe as a one month only box or as subscription (50$ per box).