Today's polish was part of Different Dimension's football collection, a line of glitter jellies in colors of football teams. I don't know much about football, here in Europe, it's more about soccer (well, soccer is often called football in Europe, though), but I when I was 18, I had a boyfriend who played football (he was a running back), so I studied the rules, went to all games, but I forgot almost everything I knew about this game... His colors were green and white, by the way. 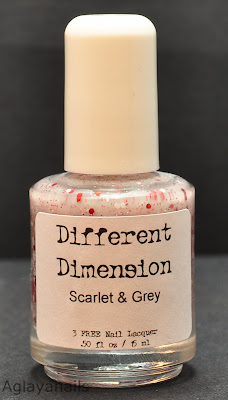 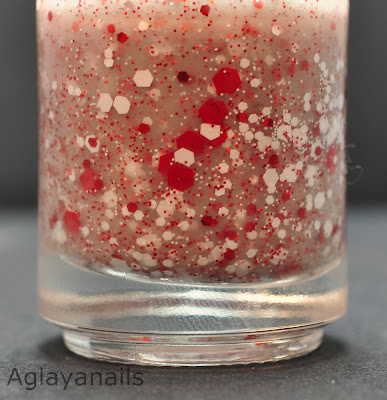 Back to the polish: Scarlet & Grey has a very sheer light grey jelly base, filled with red and white hexes in various sizes from absolutely tiny to pretty huge. Due to the sheerness of the base, I used four thick coats, but you can still see my natural nail under the polish. I finished with one coat of KBShimmer Clearly On Top. 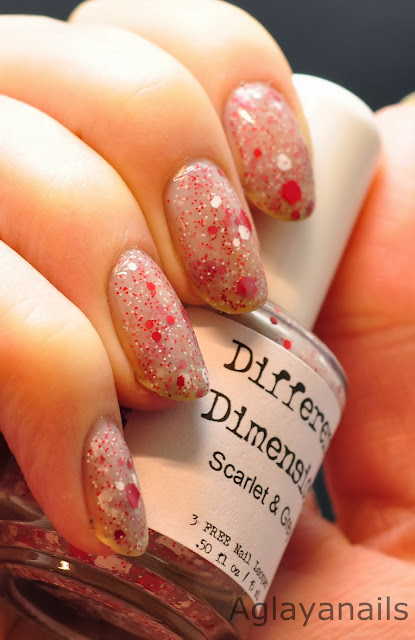 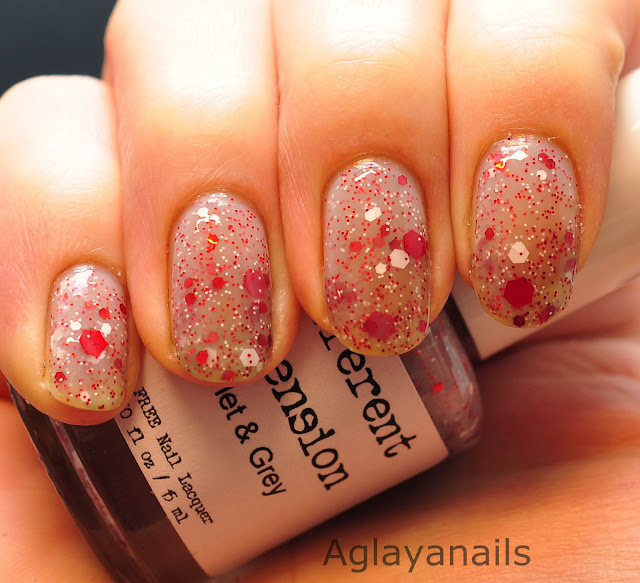 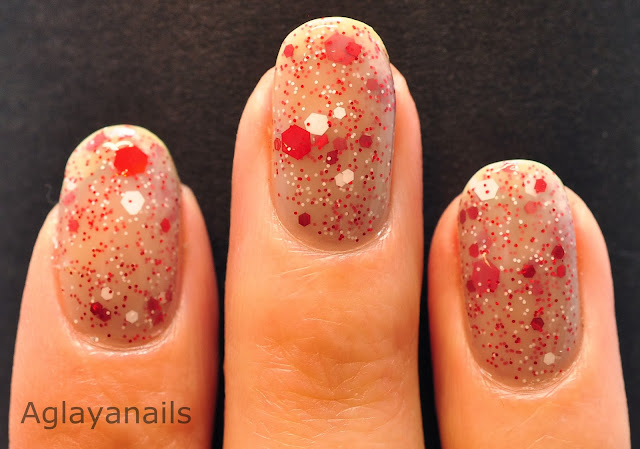 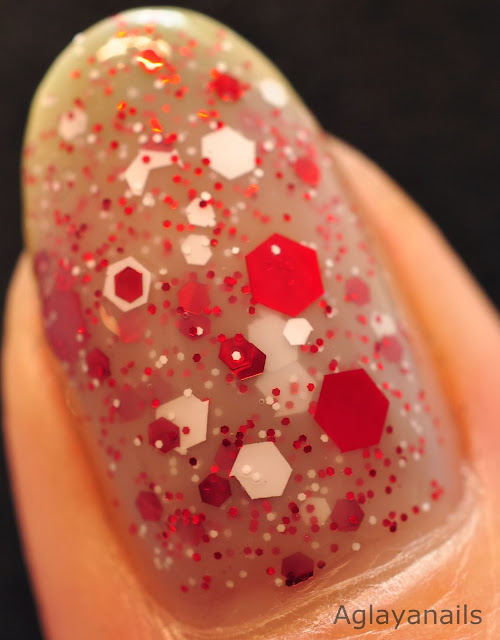 This football collection has been discontinued quite some time ago, but you can find other polishes by Different Dimension on Etsy, at Mei Mei's Signatures or at Llarowe.