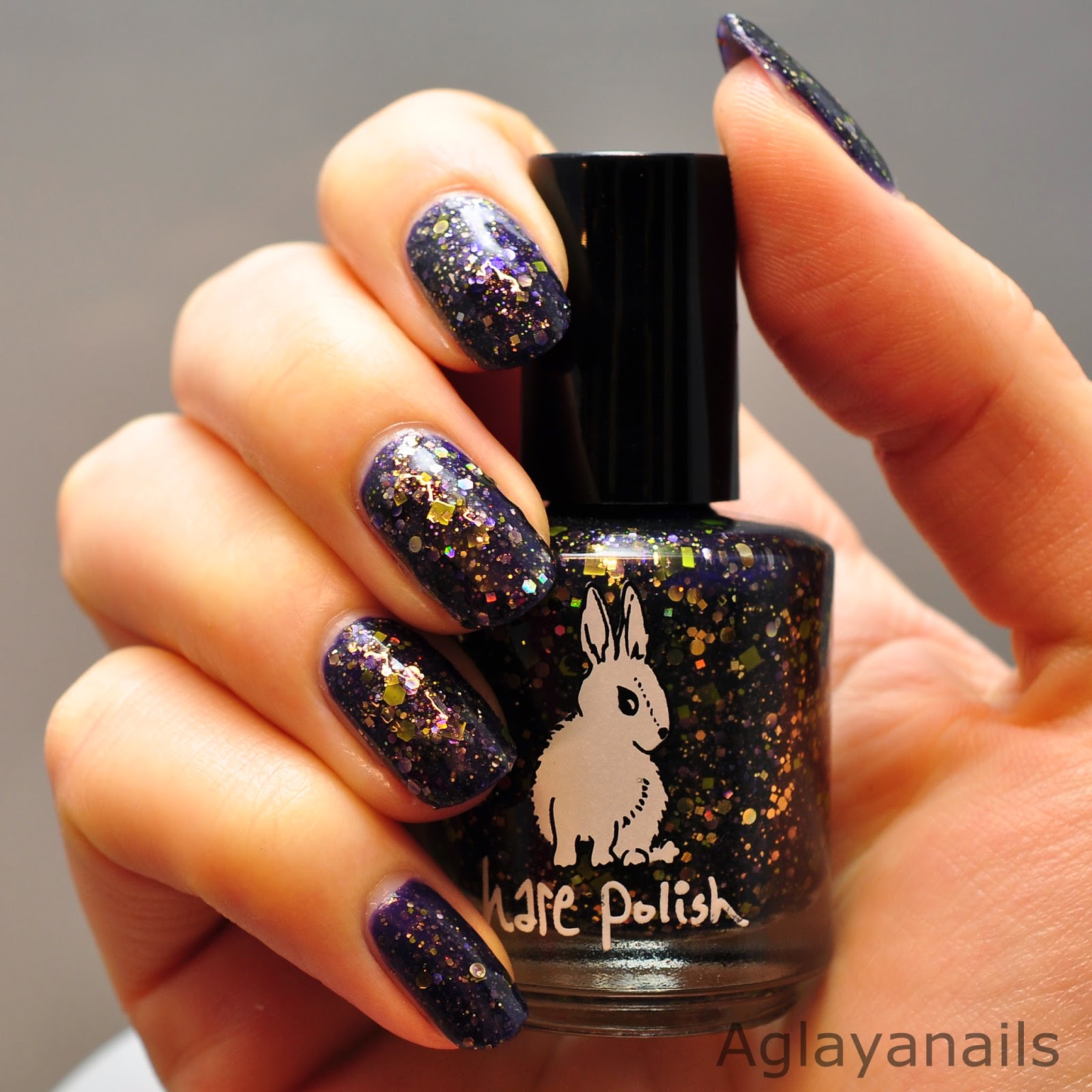 The next polish of the march "A Box, Indied" is Hare Polish Phat Tuesday. 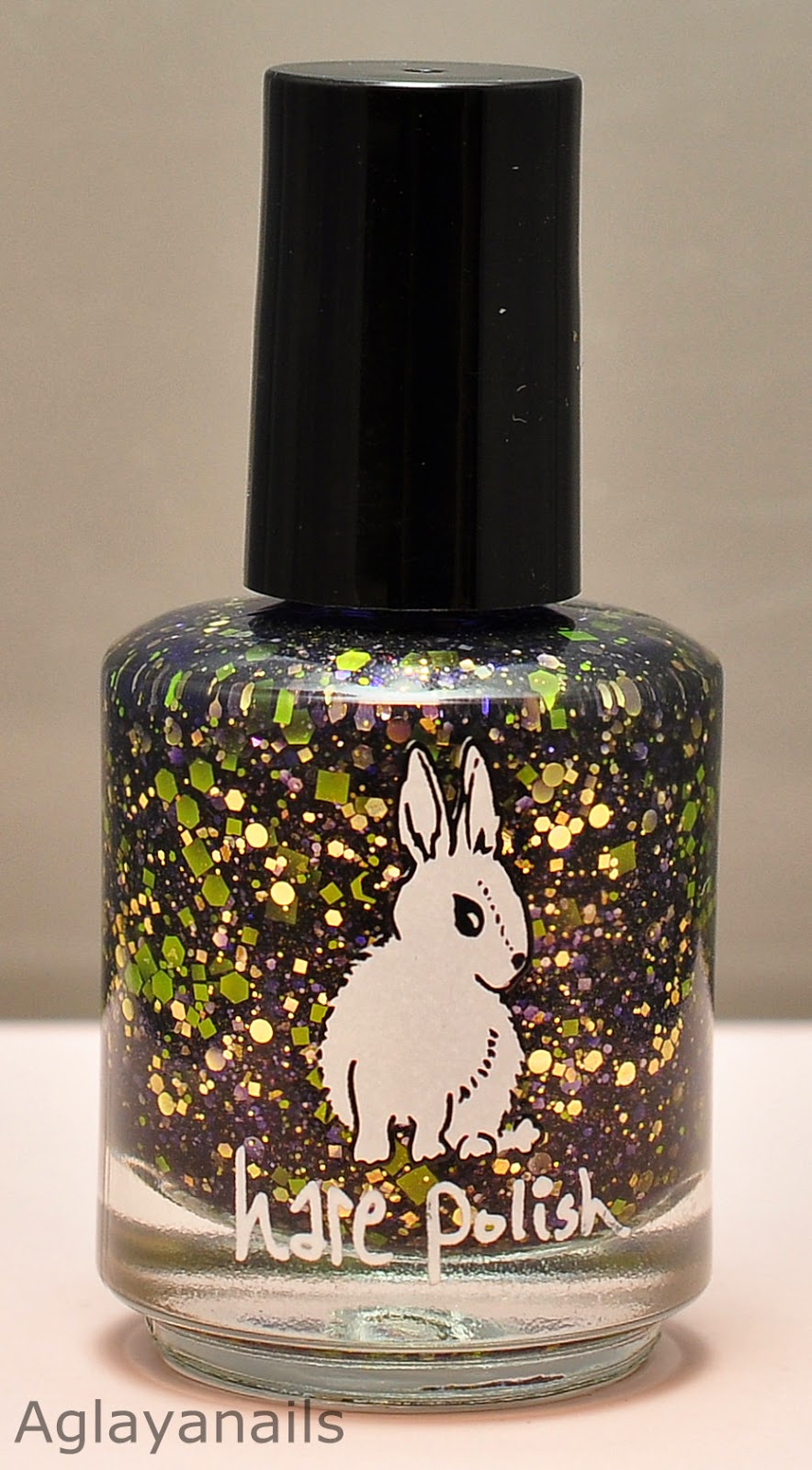 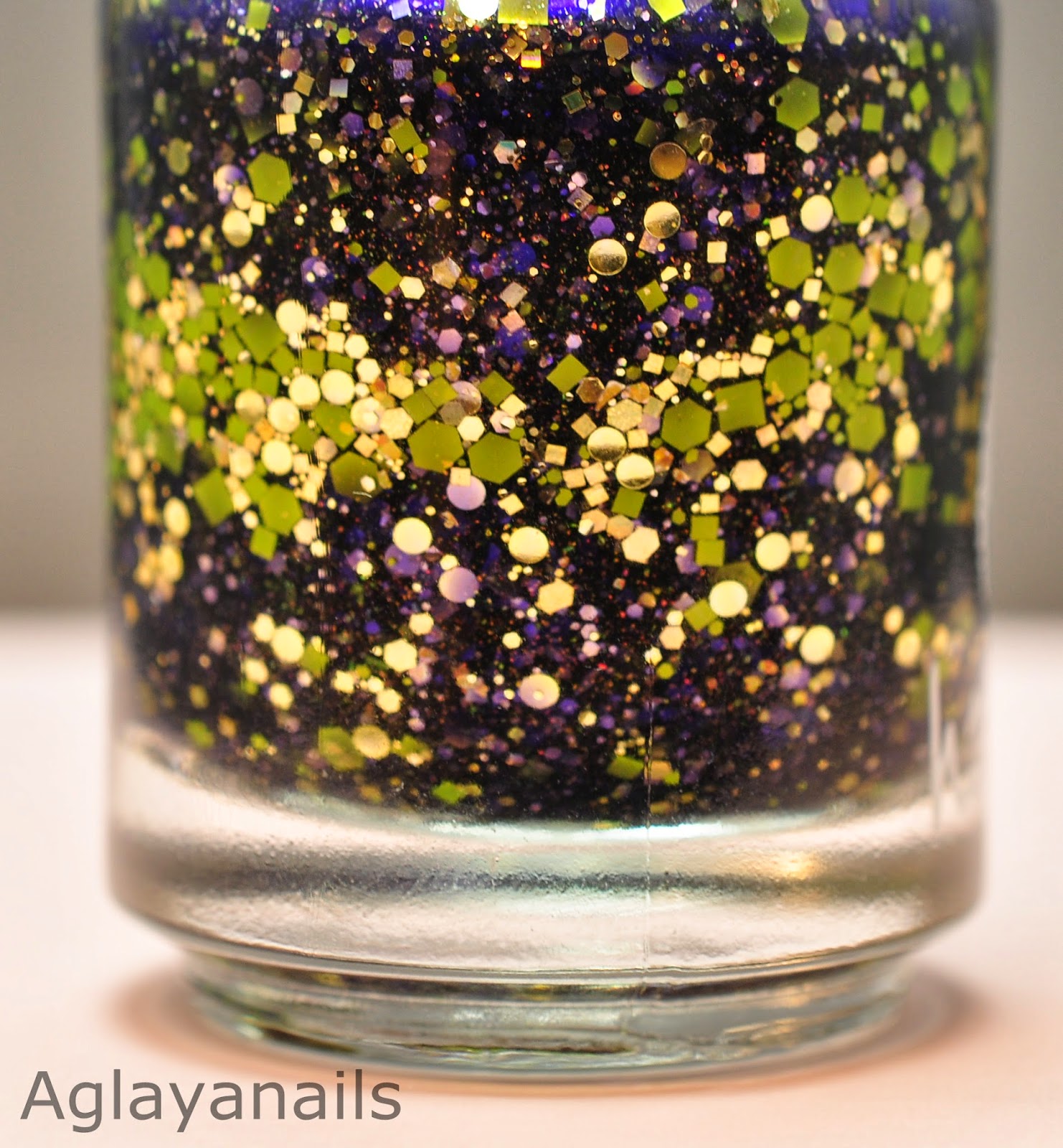 Phat Tuesday has a dark purple, almost black base filled with glitters in three forms (hexes, circles and squares), various sizes and two shades of gold (one leaning to green, the other one much paler, almost silver). Some of the glitters are holographic, and there's also some copper shimmer/microglitter.

I used three coats of Phat Tuesday and added one coat of Nail Pattern Boldness Glitter Food and one coat of Rica Glossy Glam topcoat. No issues with application to report, the glitters spread easily and didn't clump. 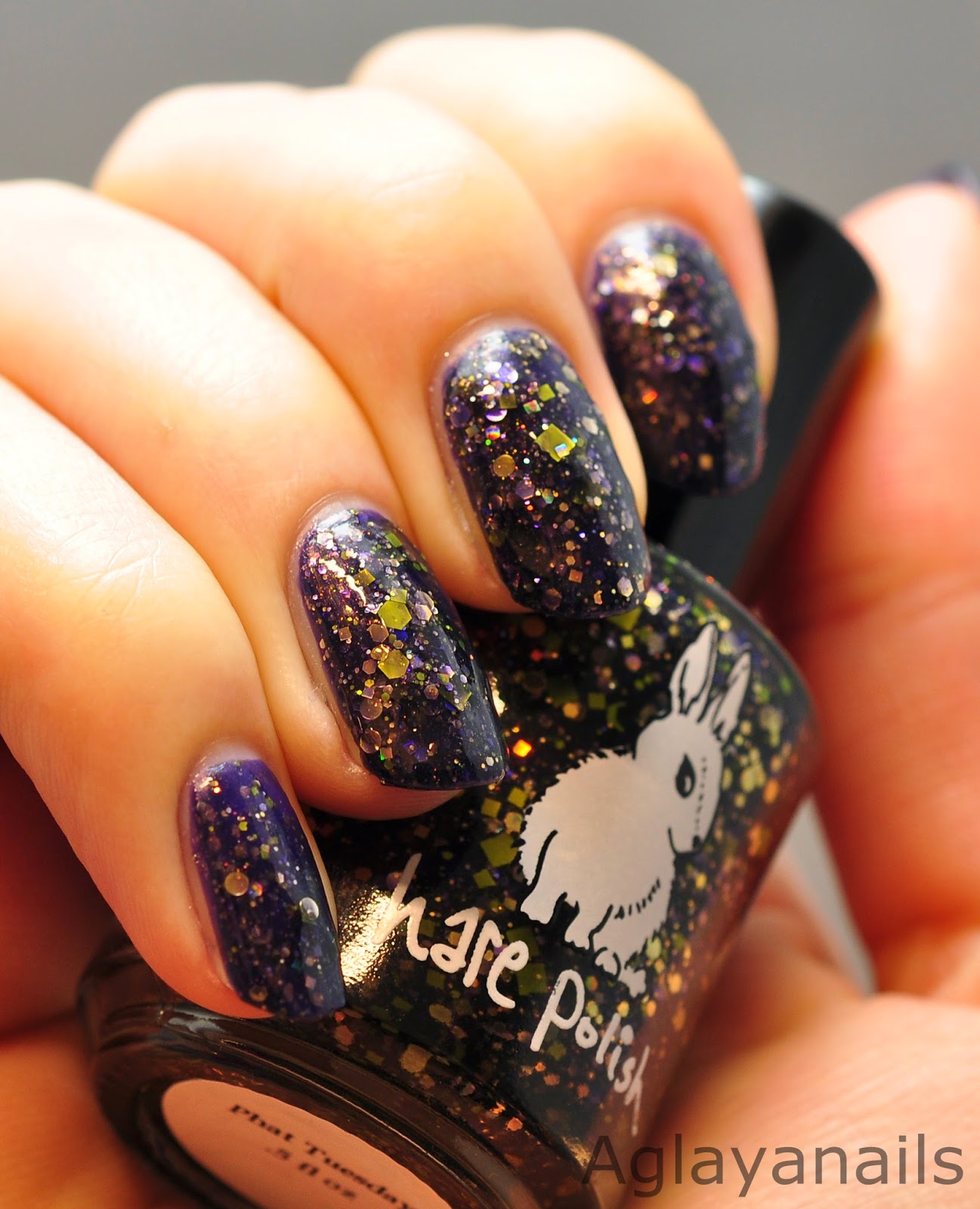 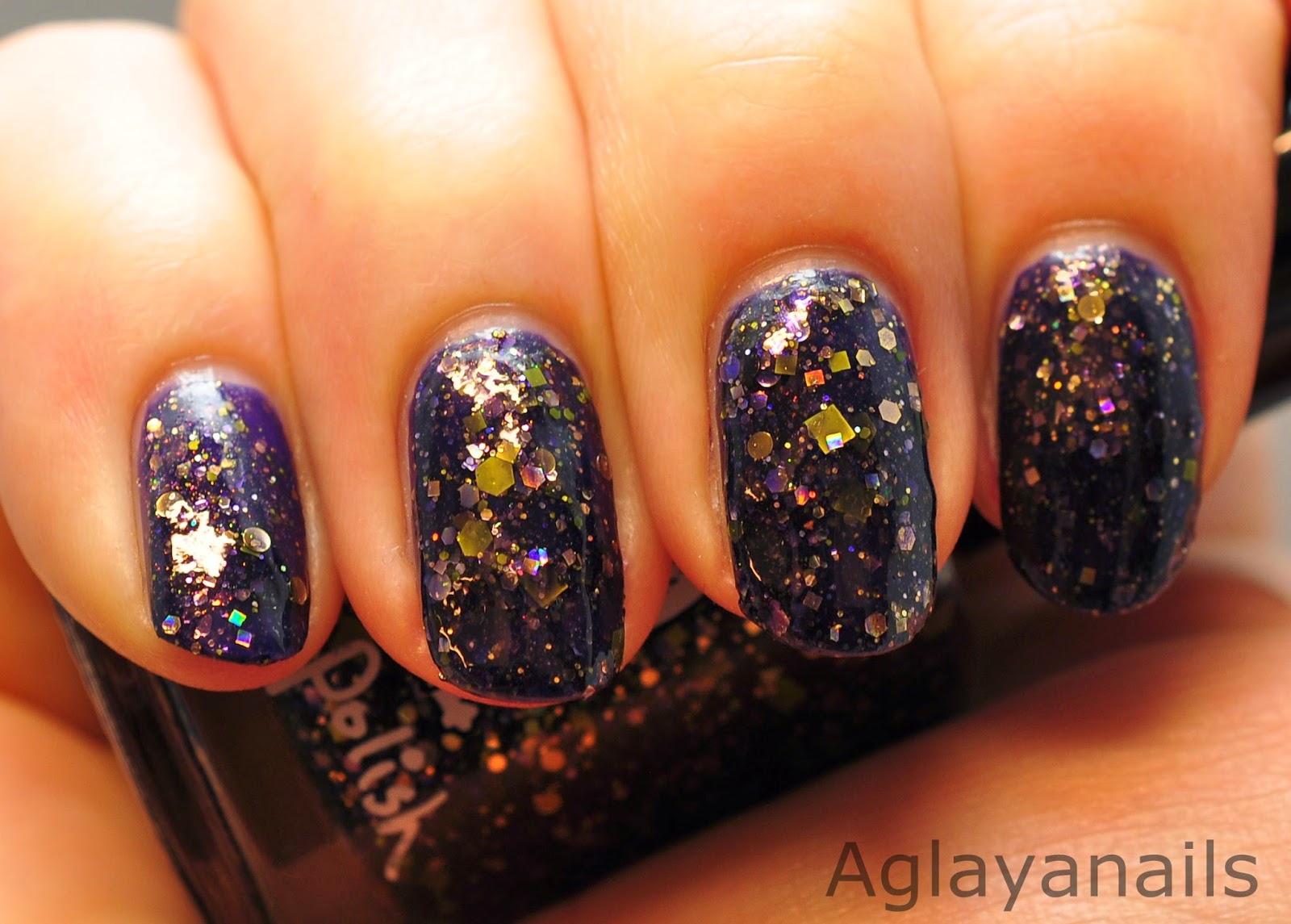 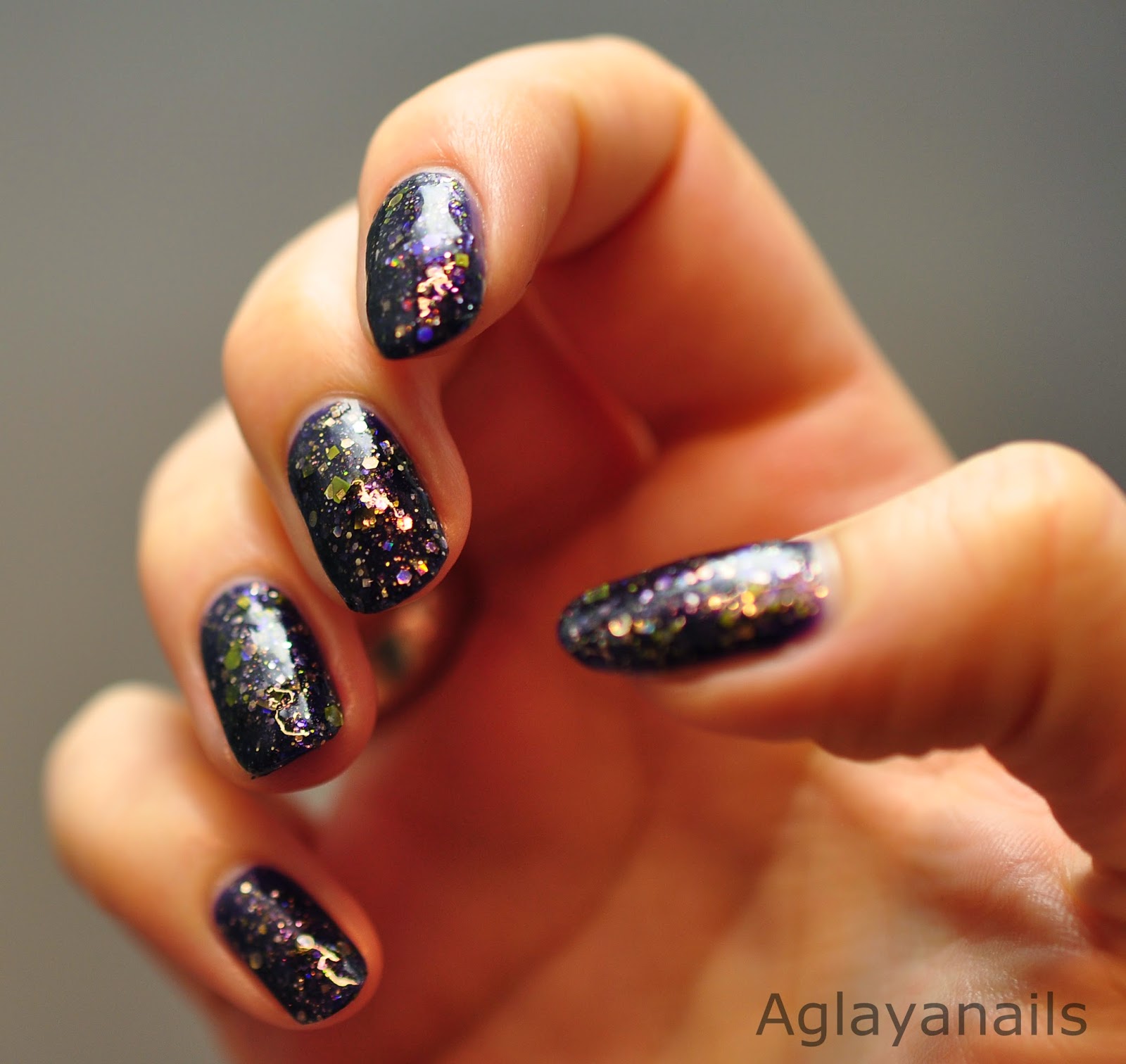 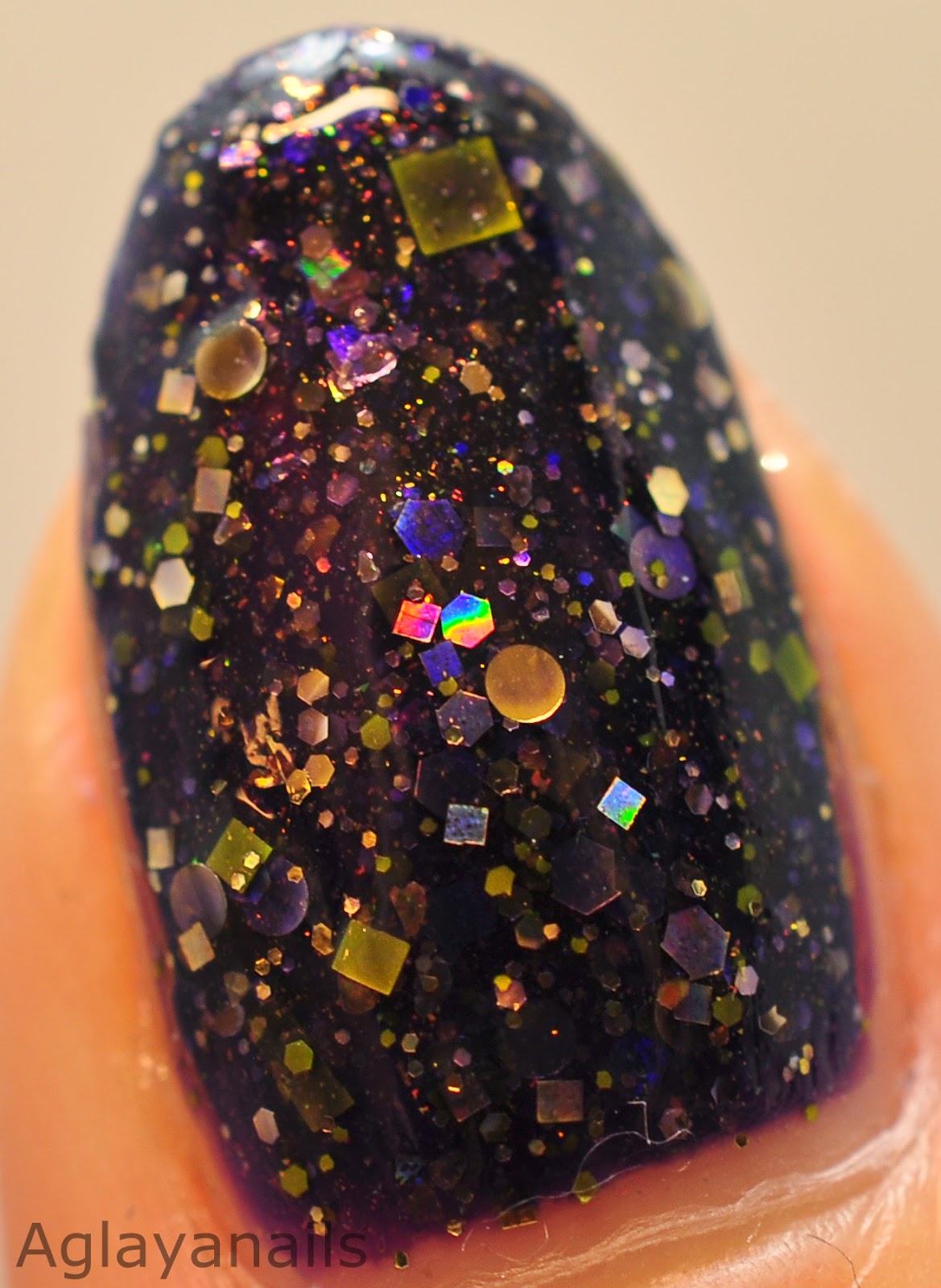 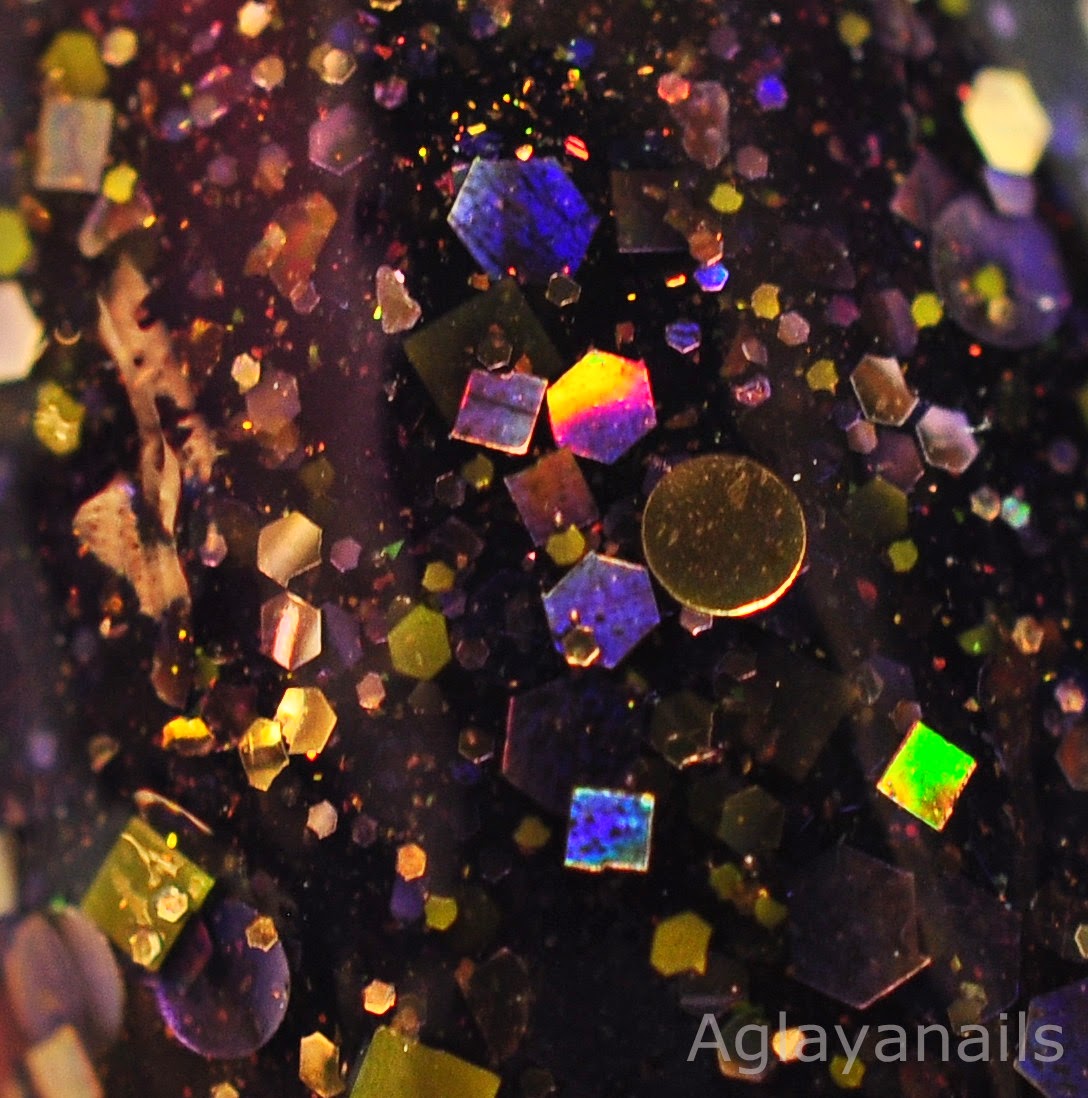 Hare polishes are available on Etsy or at Llarowe. Phat Tuesday was exclusive to the march "A Box, Indied". The box with five polishes is available at Llarowe as a one month only box or as subscription (50$ per box).