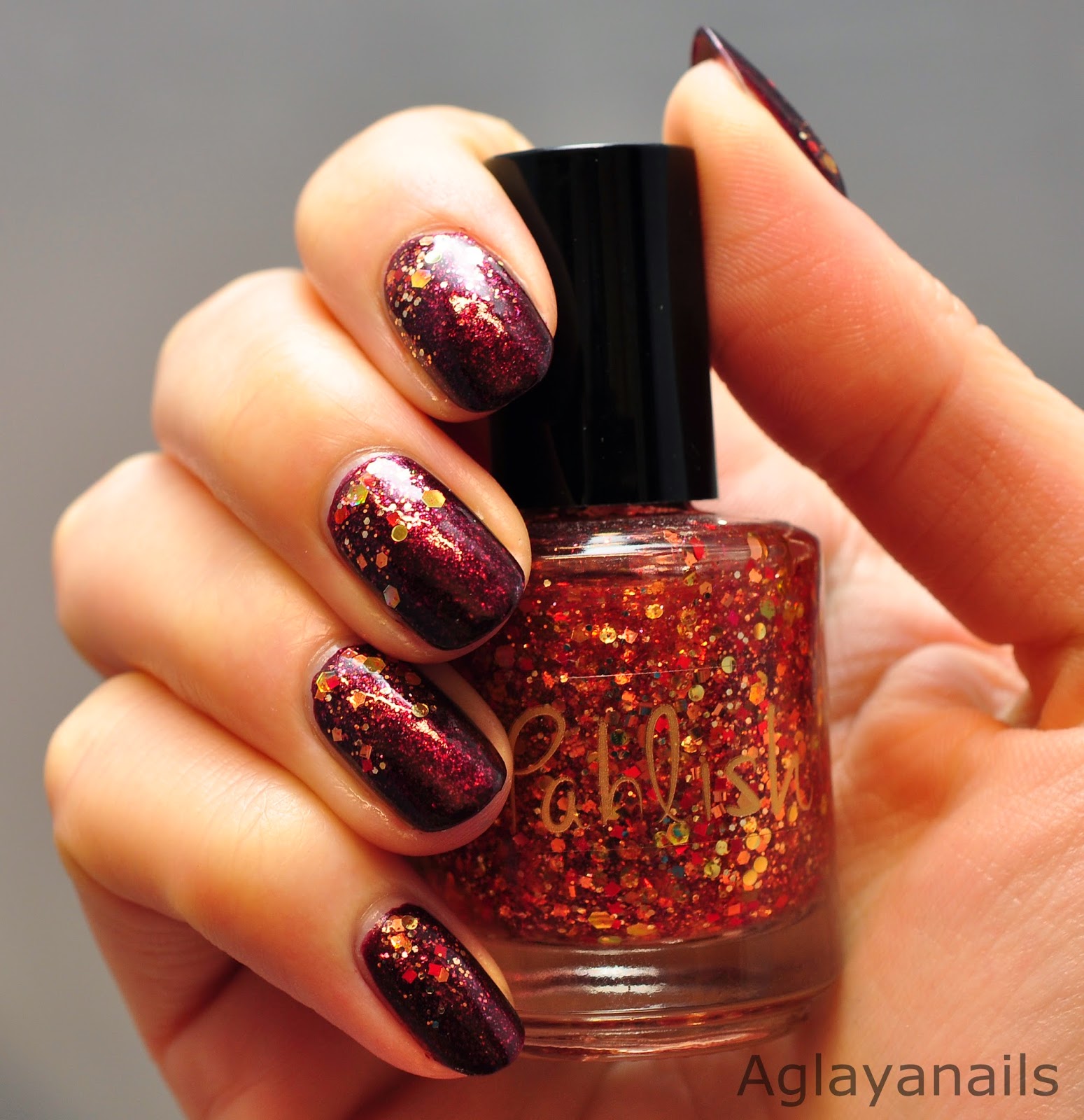 For today's mani I used one of Pahlish's monthly duos, the one from last november called Dangerous Gaze. 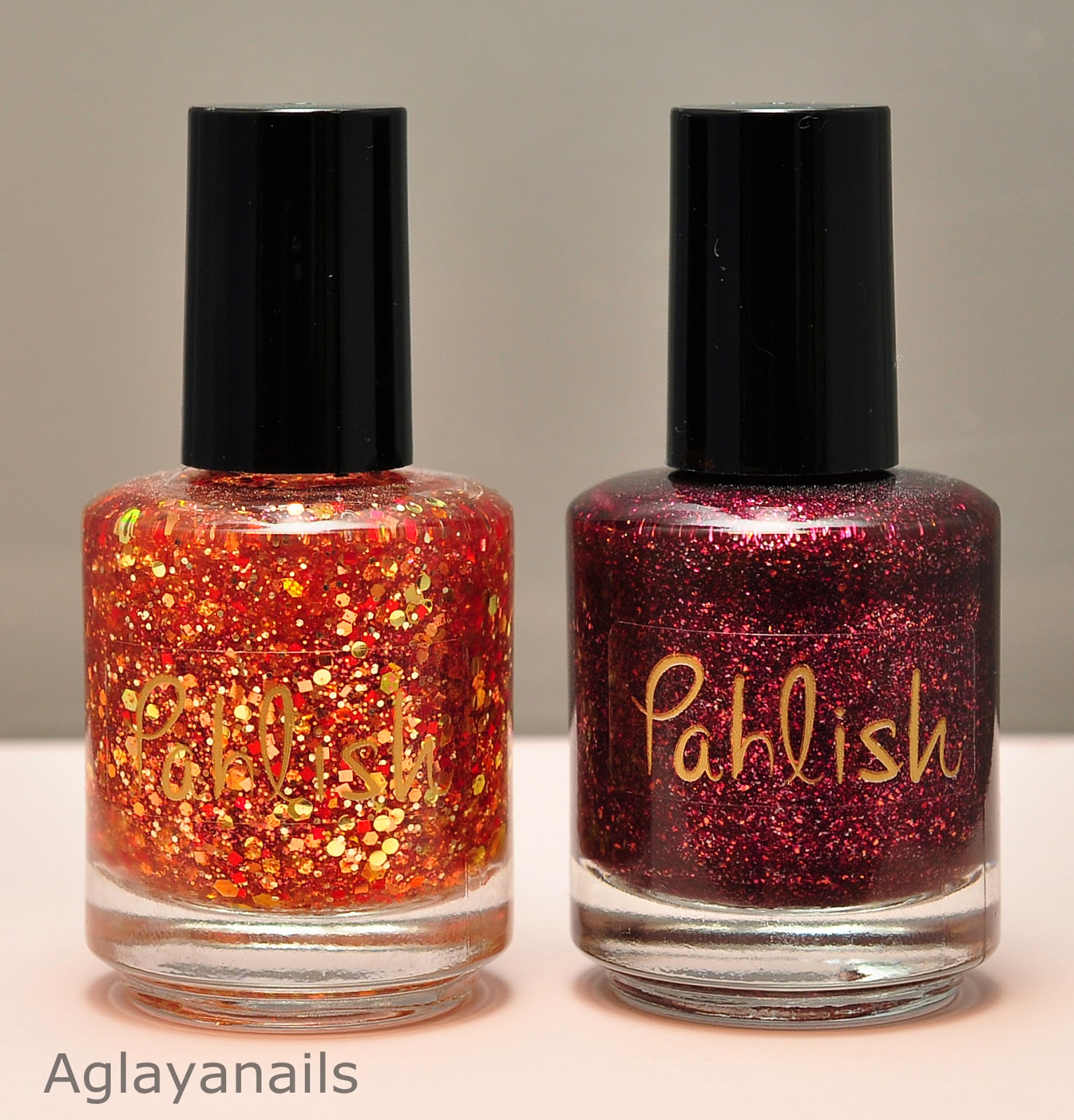 The base color is called Once My Flame and is a deep burgundy jelly with flaming red flakes. It looks somewhat similar to Dior Midnight, but the flakes are bigger and there are more of them. Two coats of Once My Flame were enough for opacity. 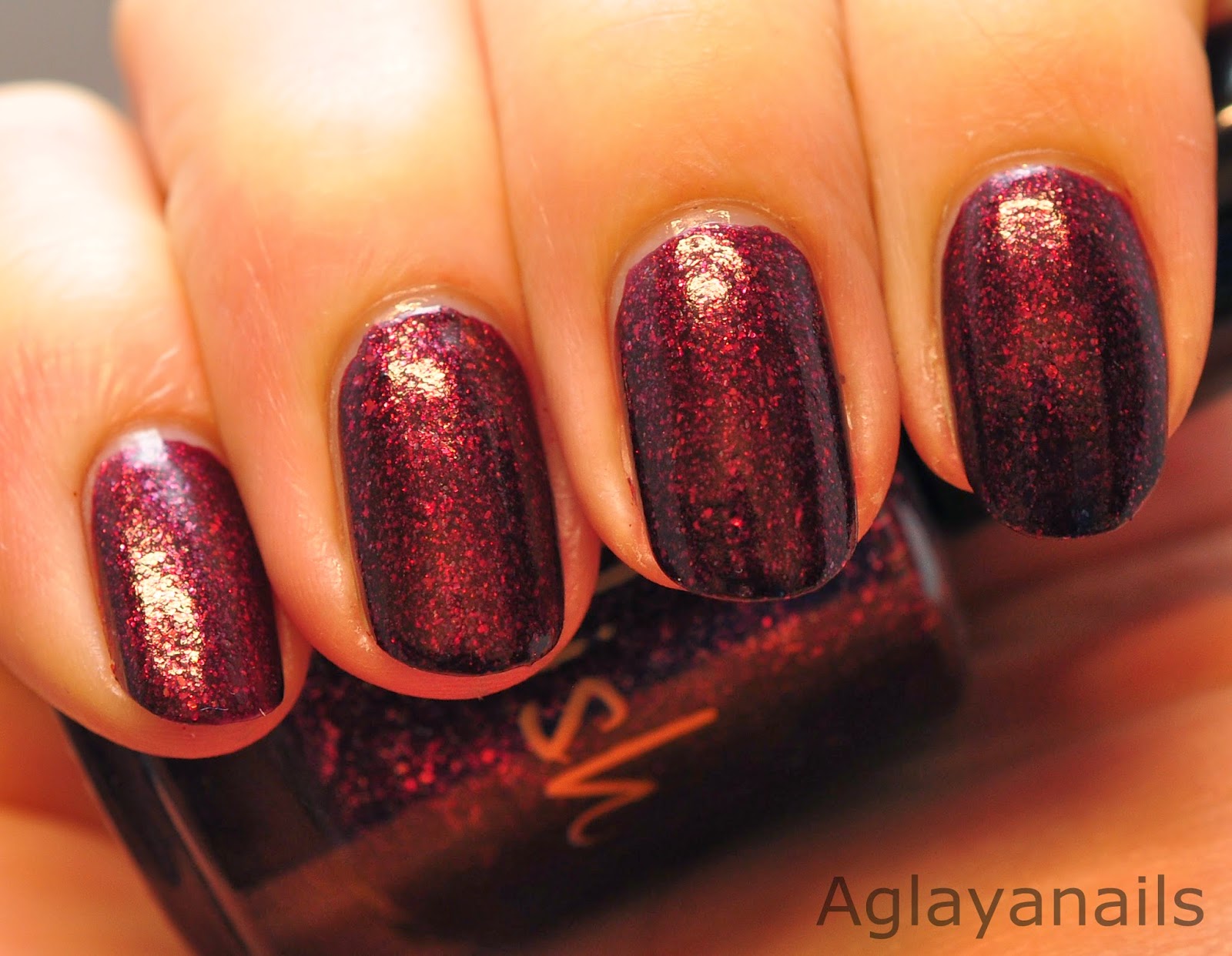 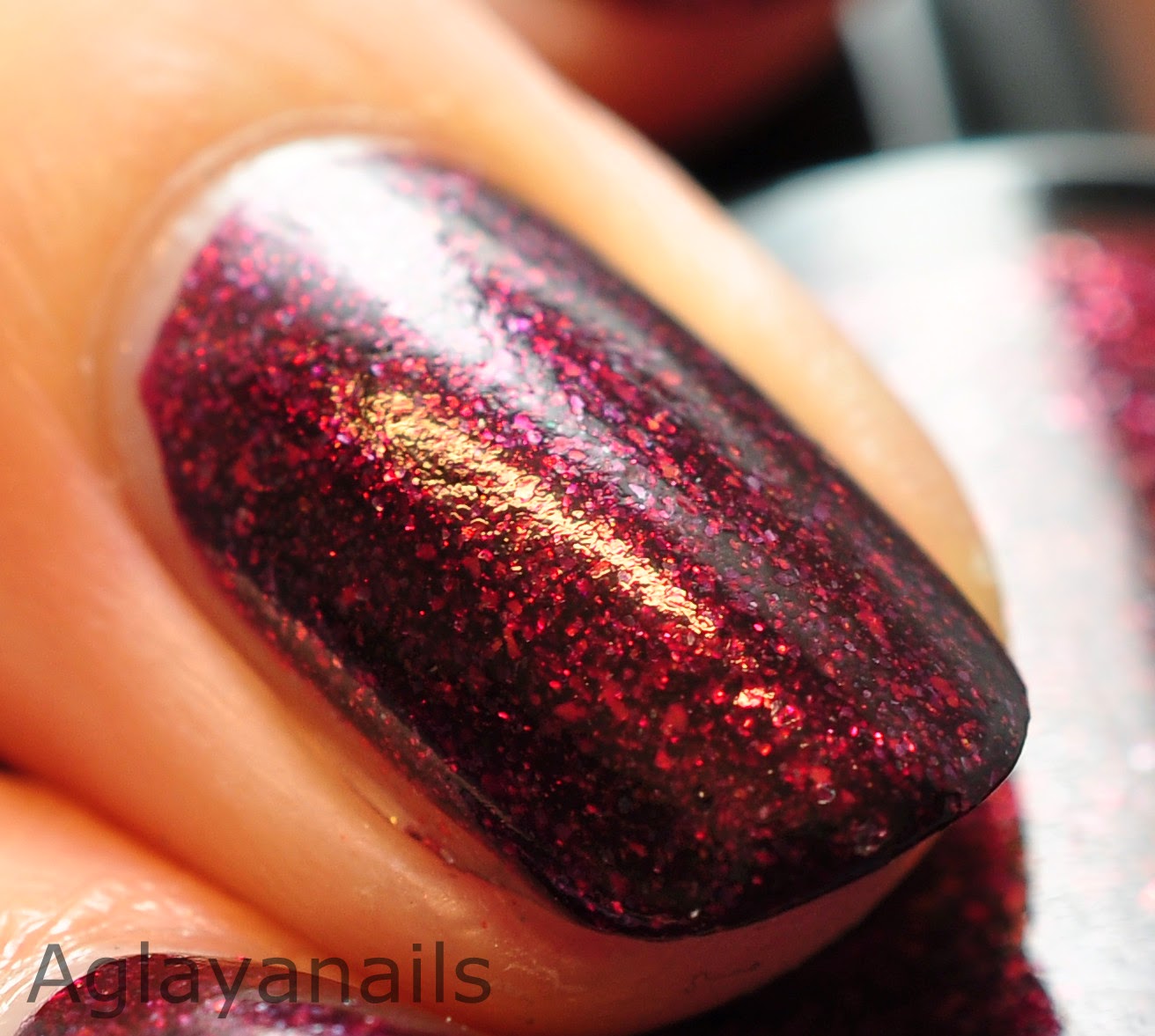 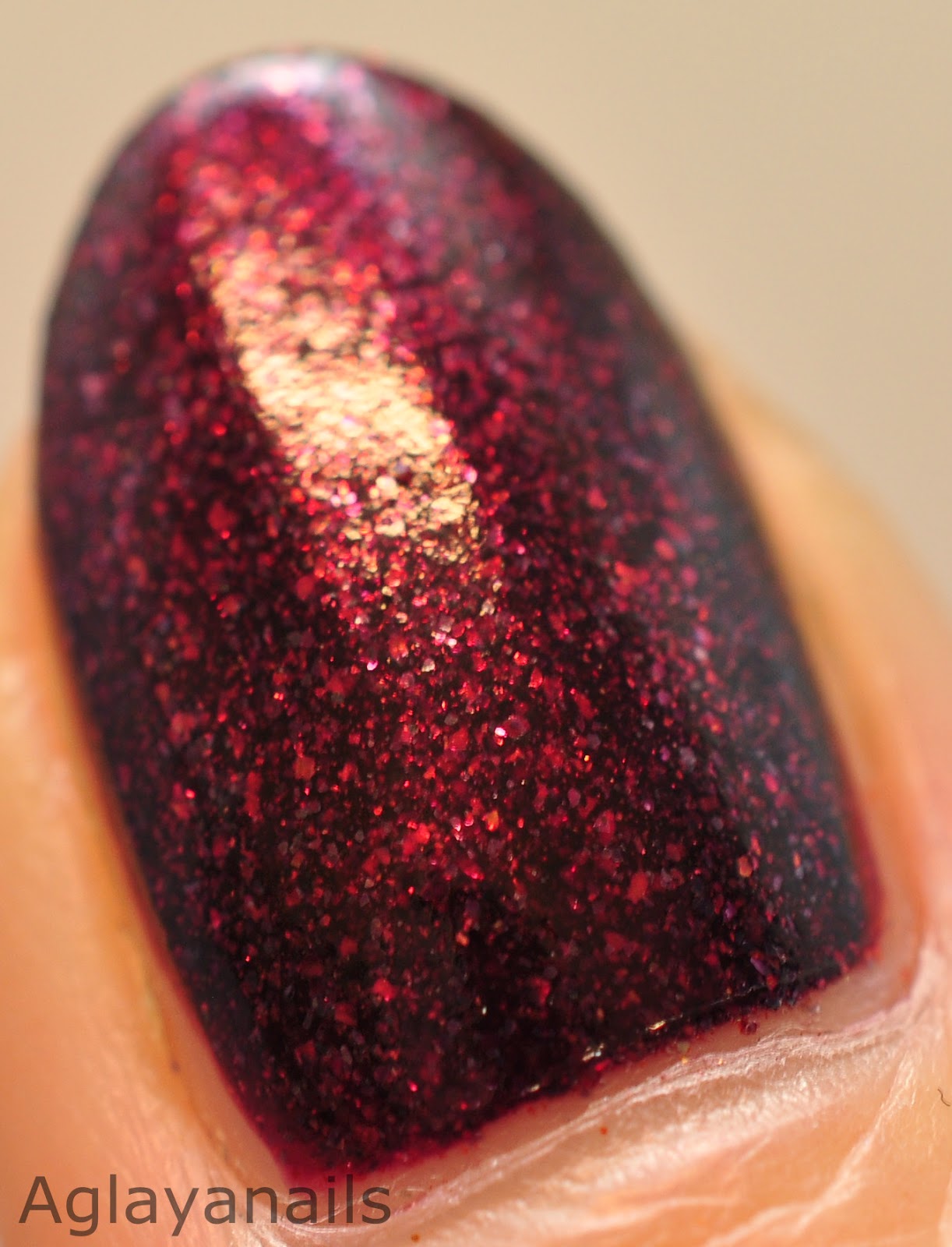 The glitter topper is called Twice My Burn and consists of a variety of glitters in typical fall colors (gold, orange, red) in a clear base. There are hexes, squares and dots, some of the glitters are holographic. 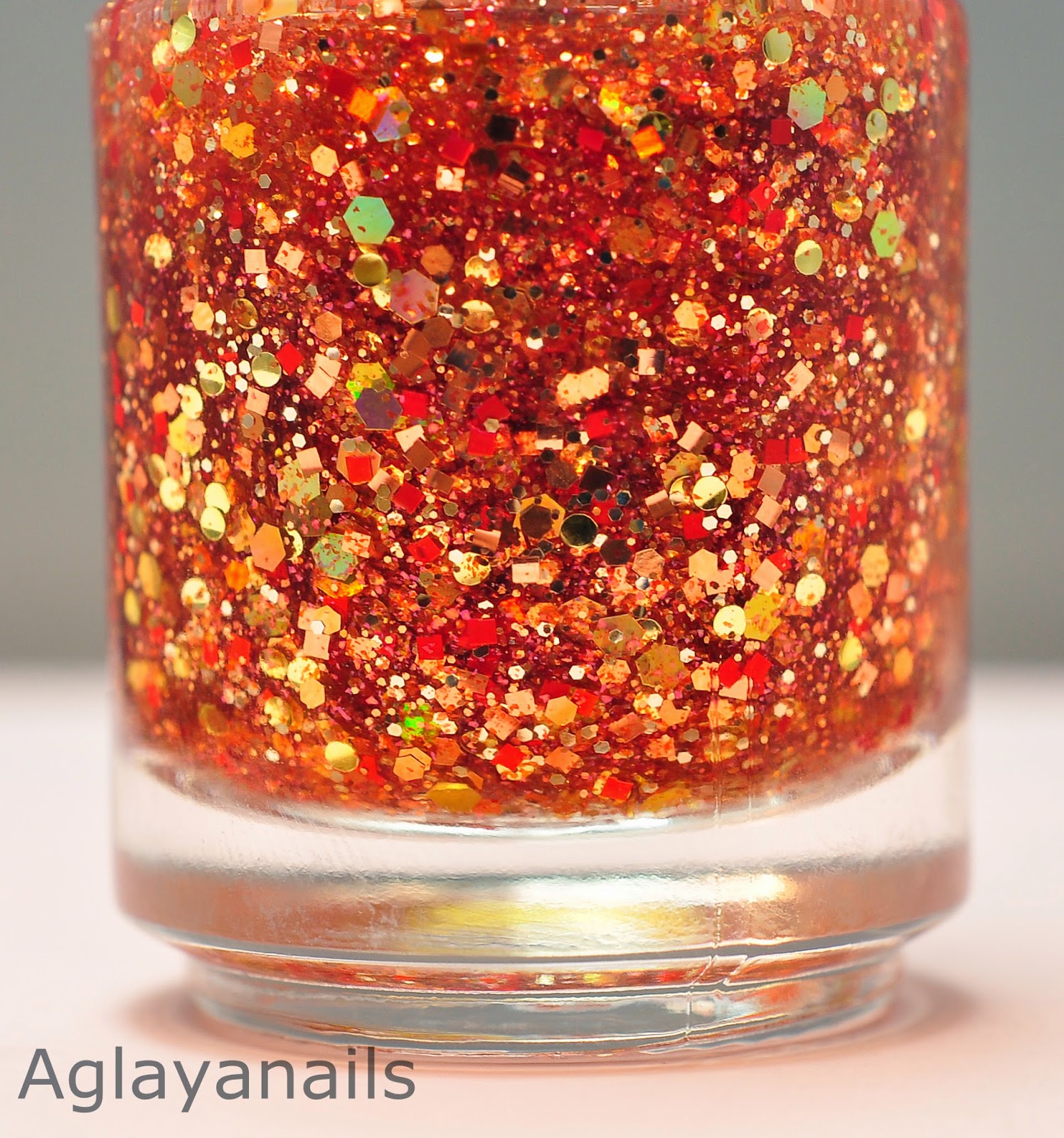 I used Twice My Burn in a glitter gradient and added one coat of Essence Better Than Gel Nails Top Sealer for a smooth finish. 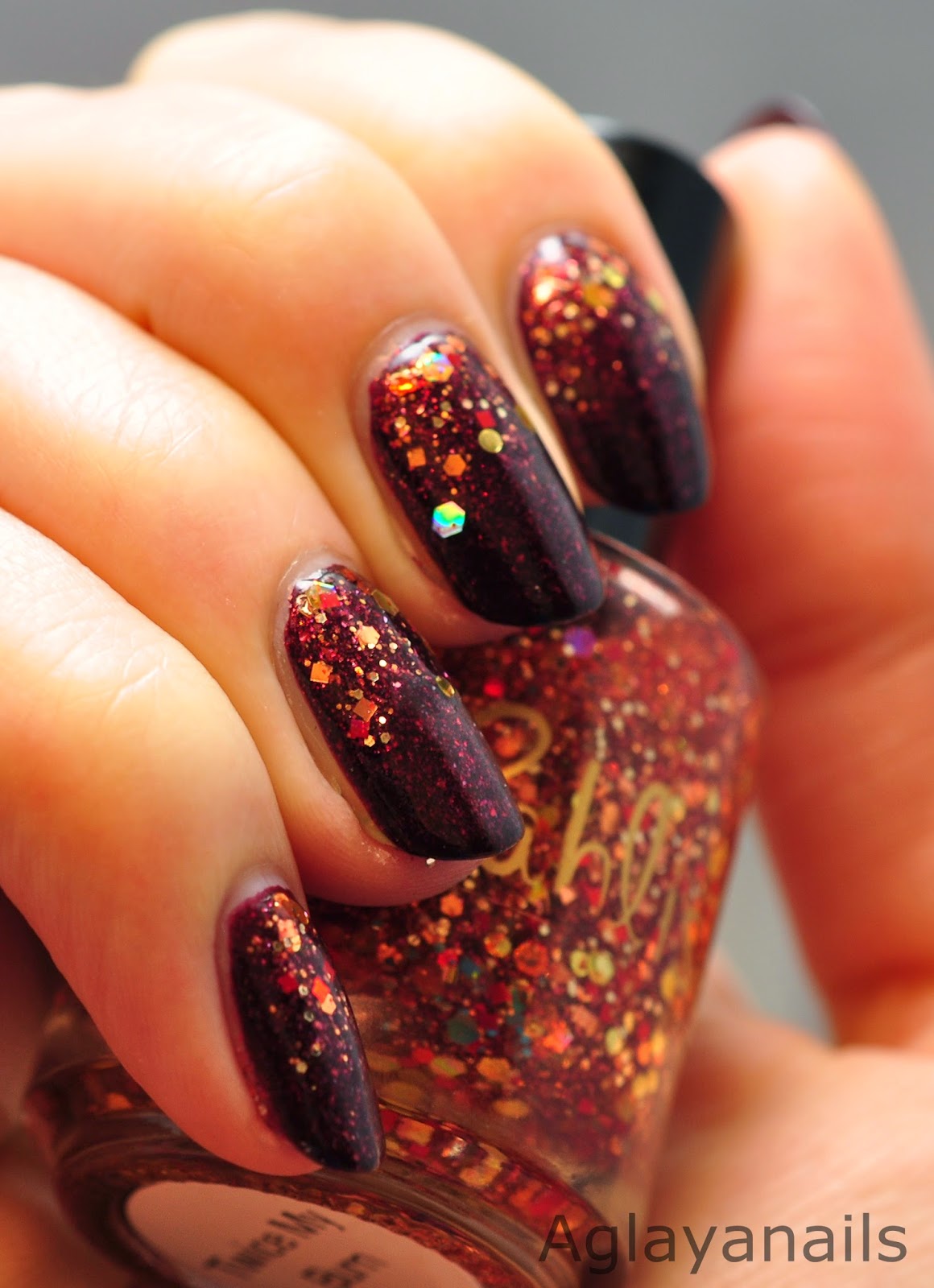 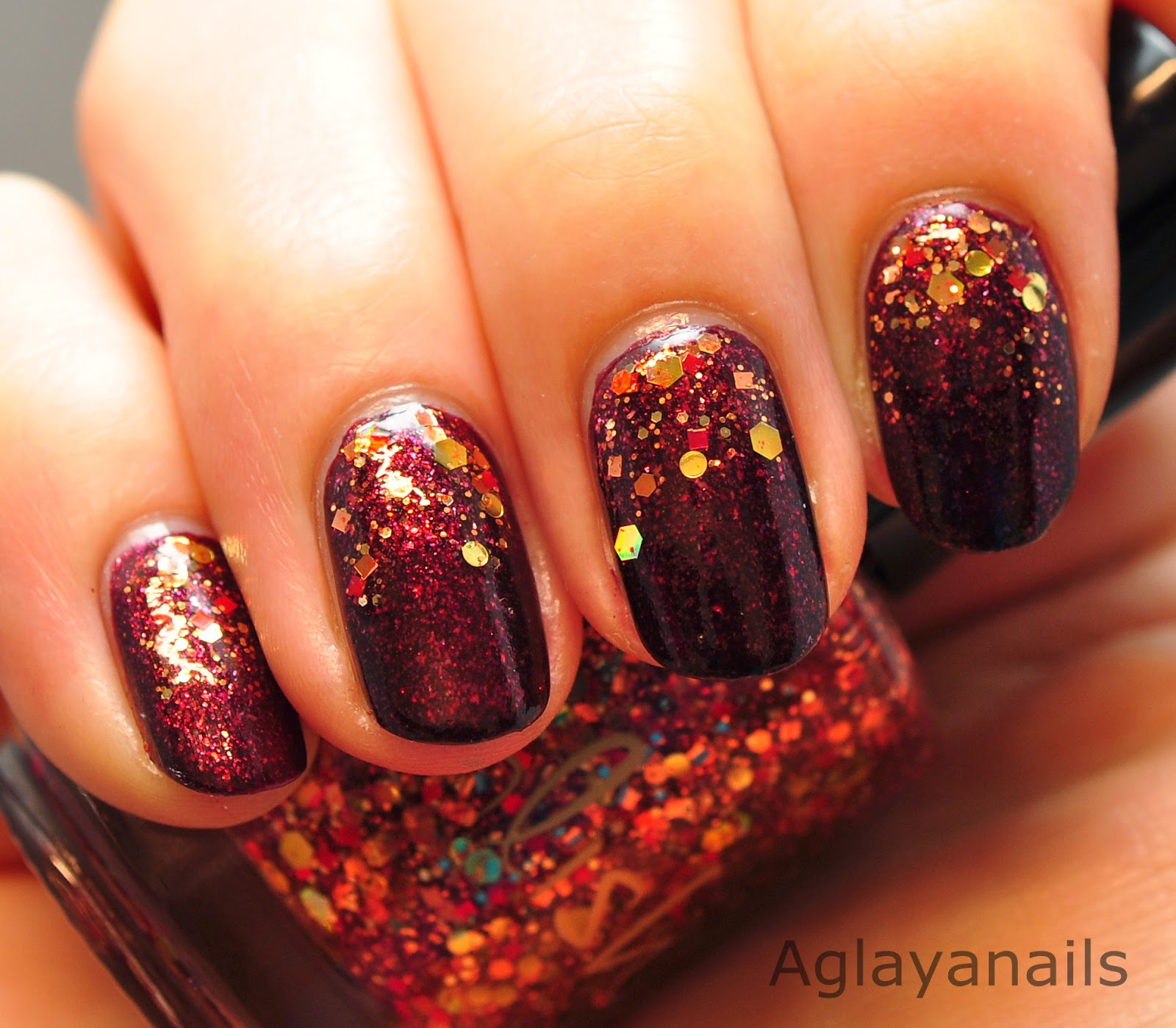 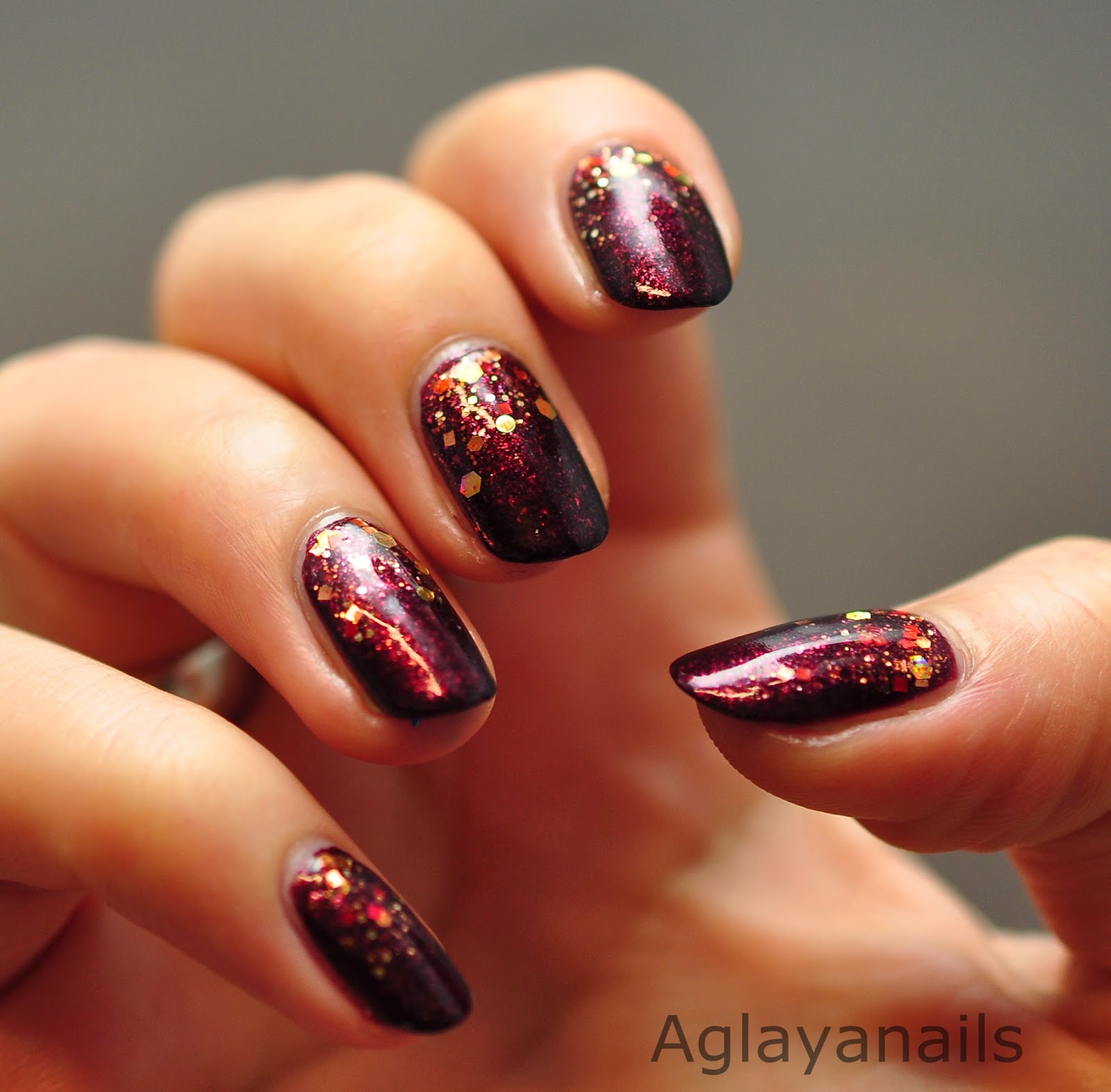 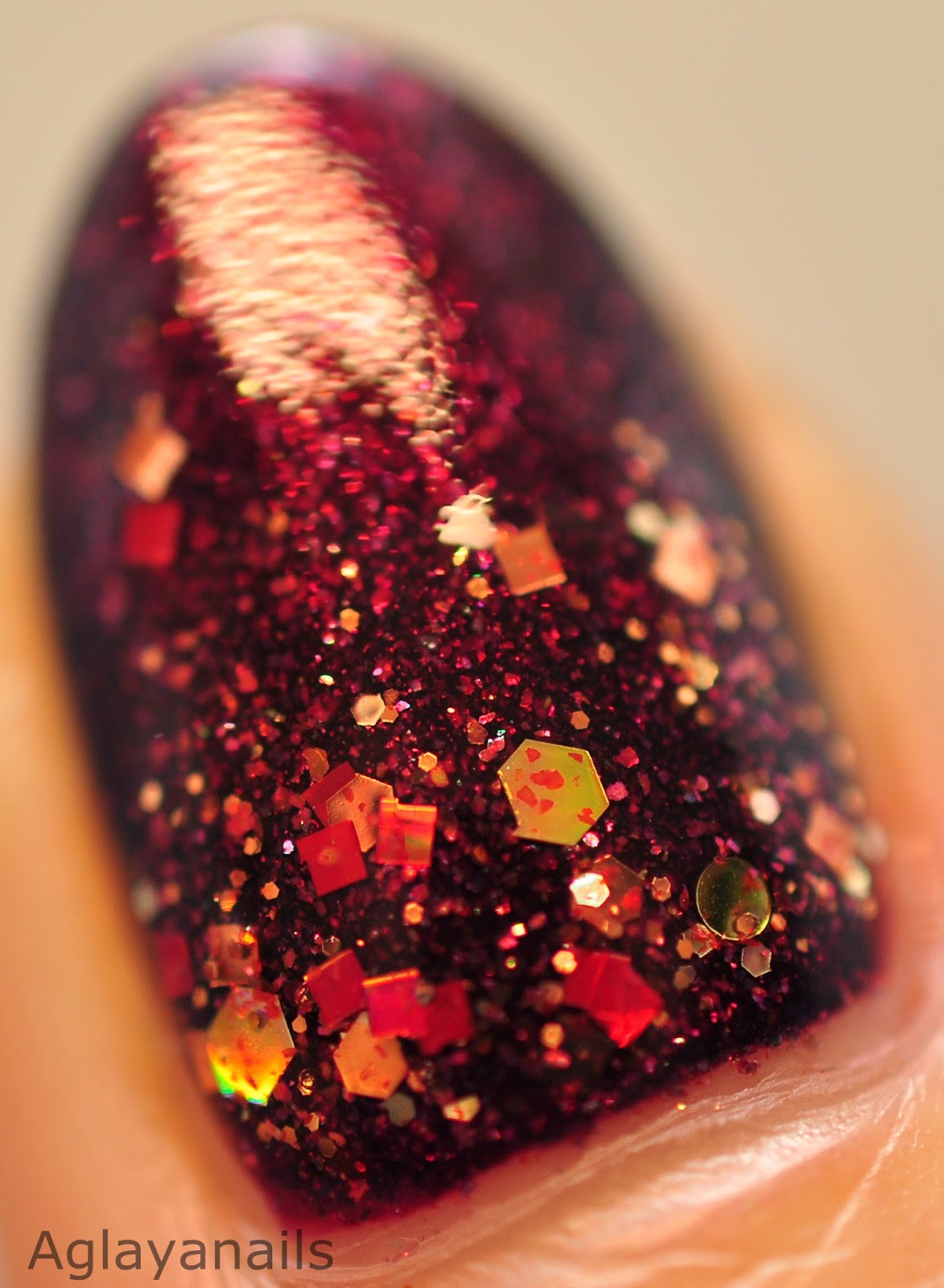 Pahlish polishes are available on Bigcartel (where I bought mine), at Overall Beauty and at Llarowe. As I mentioned, this duo was sold in november, but right now, Pahlish re-released all the monthly duos, so maybe you're lucky and can still get it.