A Box, Indied - Twist Of Lime 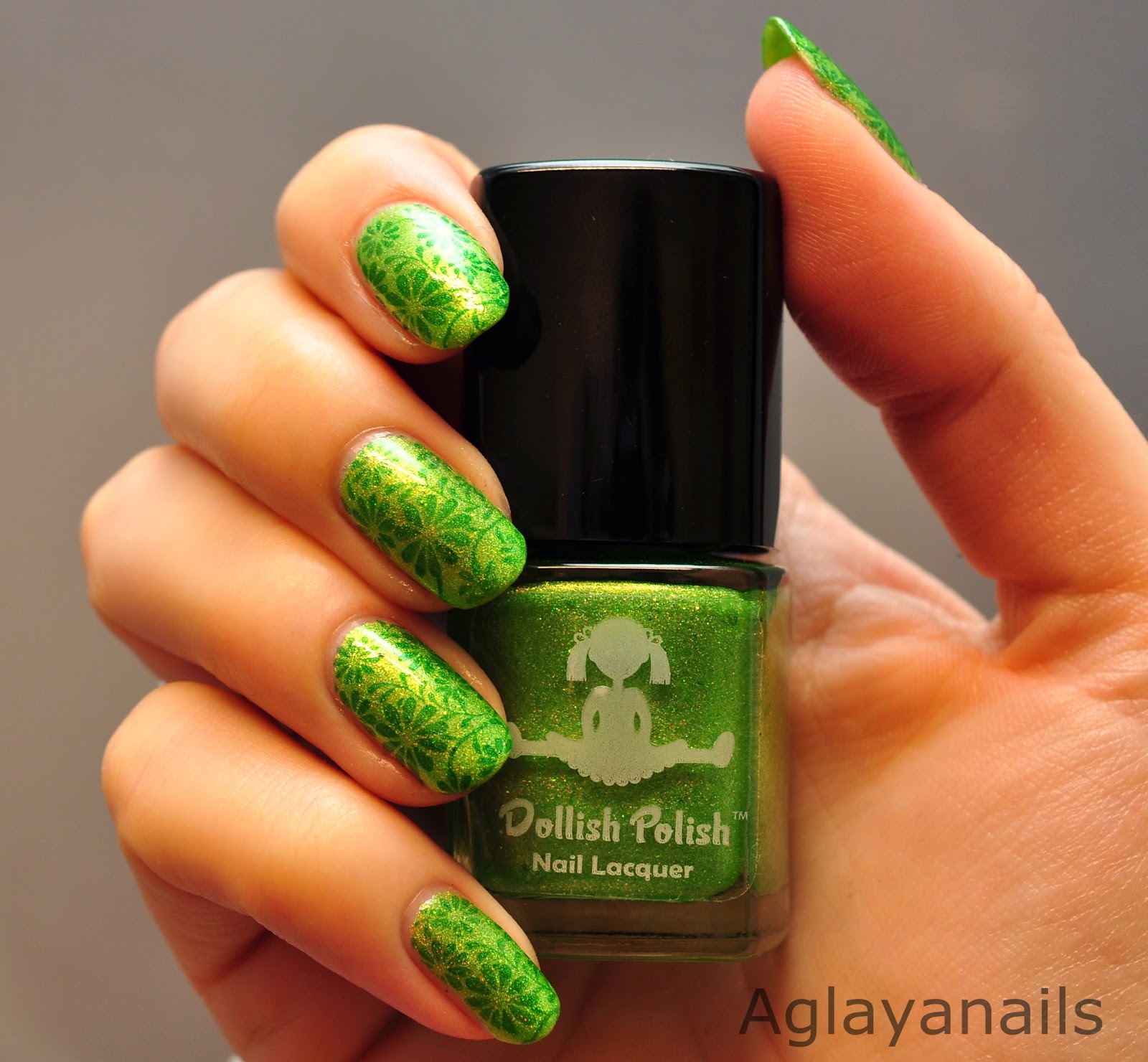 Dollish Polish's addition to the april "A Box, Indied" is called Twist Of Lime. 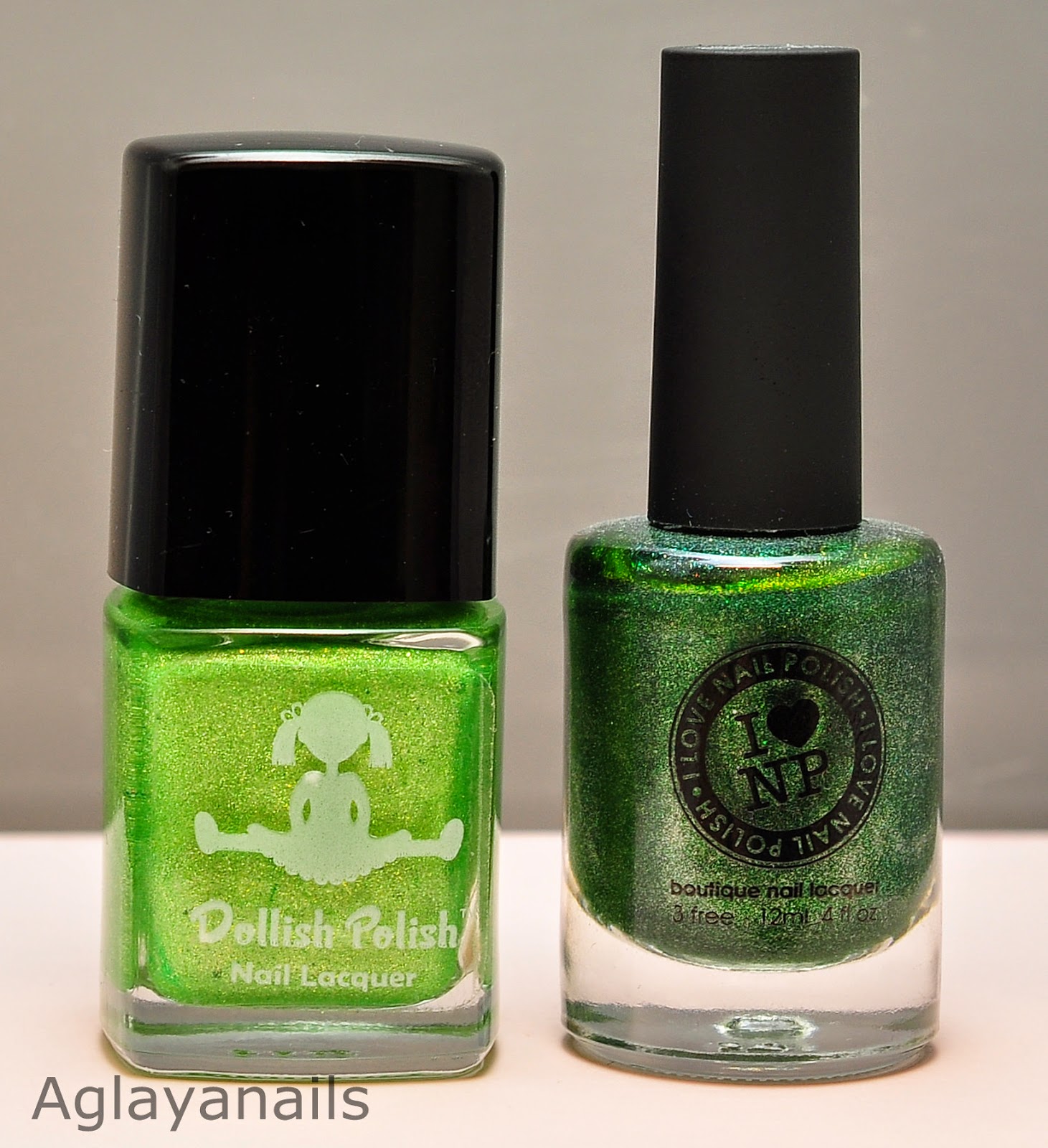 Twist Of Lime is a very vivid lime green holo. The holo particles are a little bigger than the other polishes of this box, so the look is pretty different and it isn't as sparkly in low light. The formula is a little thick, leaning on stringy, but I guess some drops of thinner could change this. There were some lumps of green pigment in the polish, as you can see on my ring finger (I've already experienced this in another green polish by 365 Days Of Polish, they probably used the same pigment). I used two coats. In my pictures, the nail line is still slightly visible, but irl it appeared completely opaque. 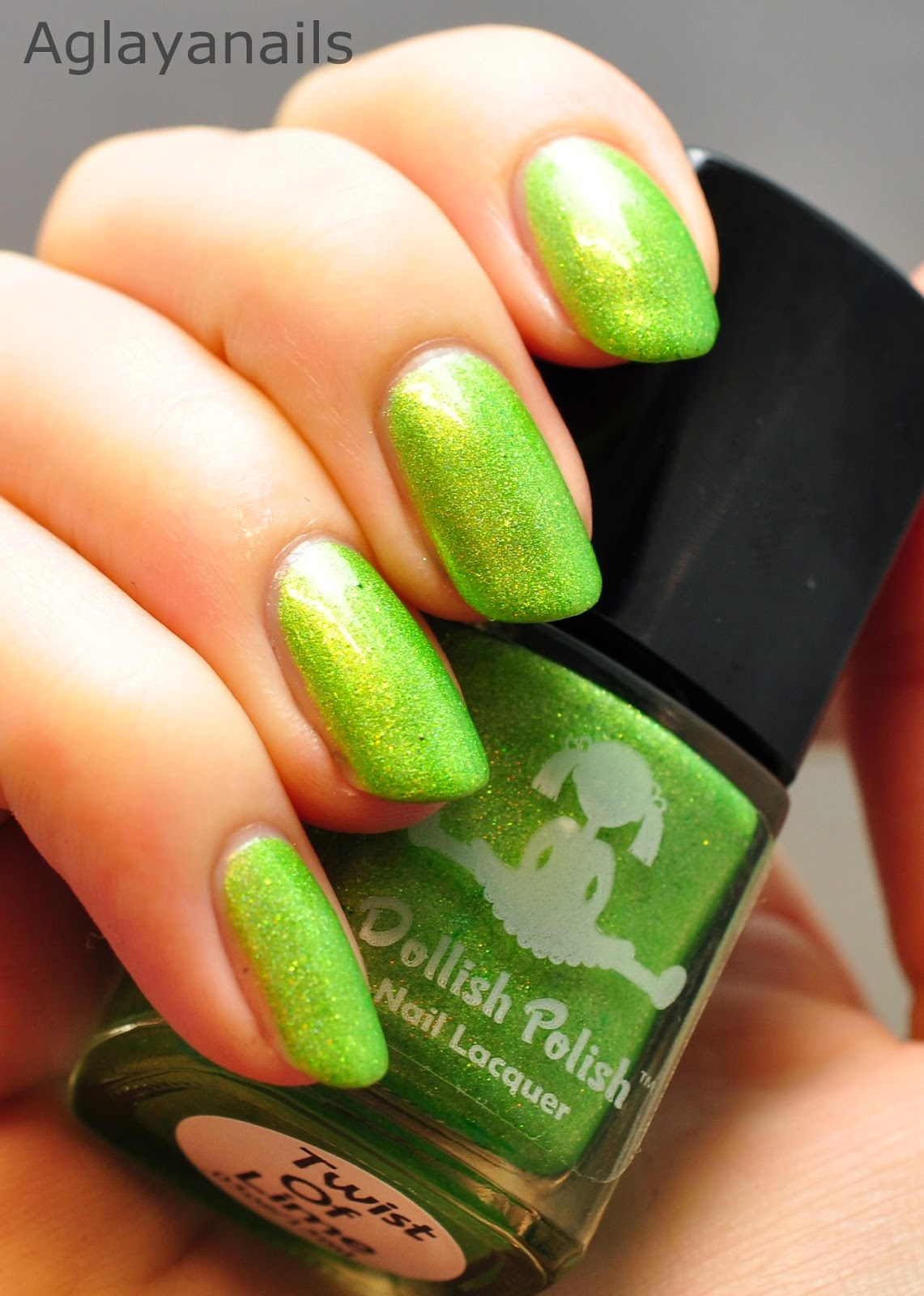 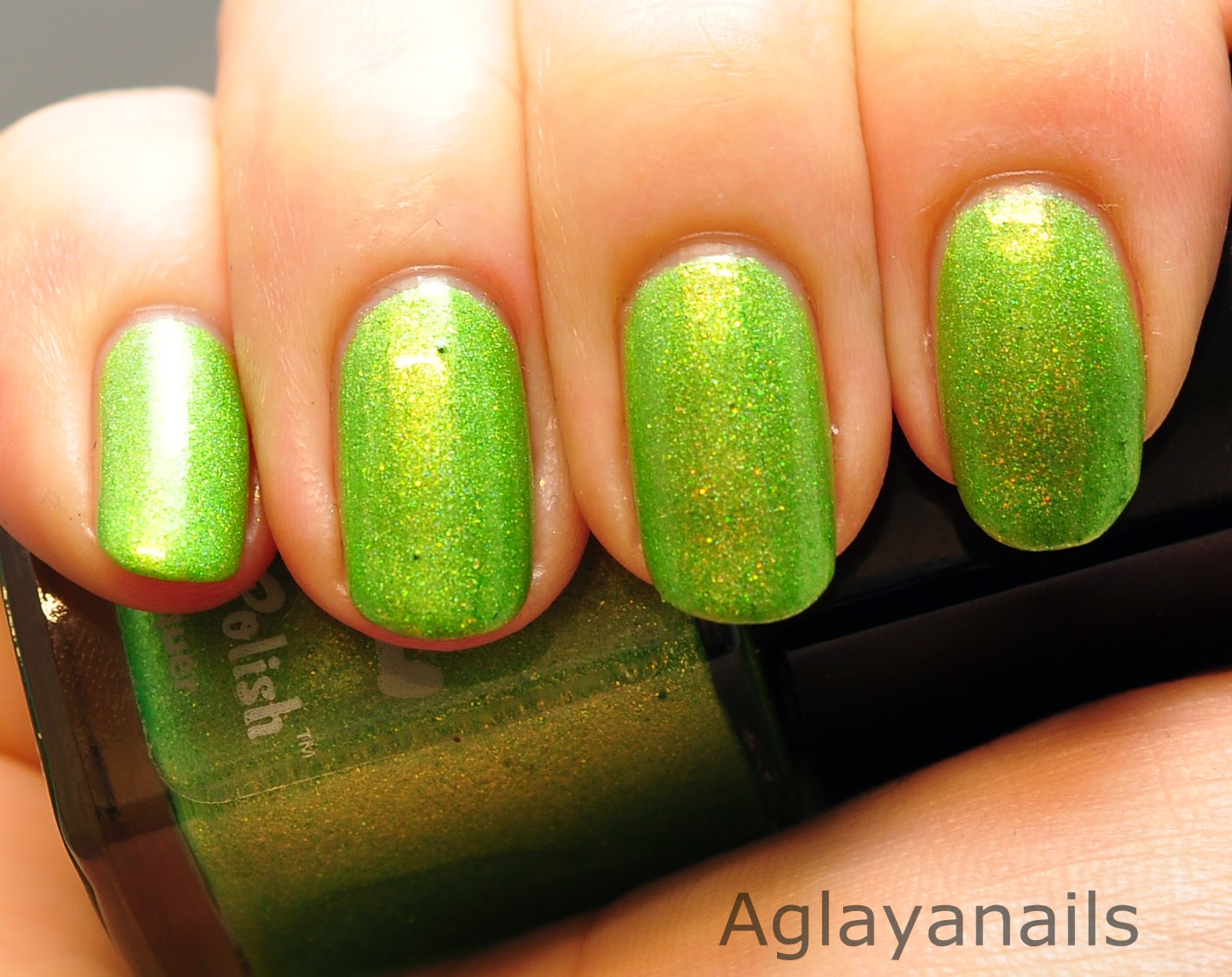 Then I used Bundle Monster plate BM-016 (2010 revised collection) and ILoveNailPolish A Fresh Evergreen, a fir green holo, to add this daisy pattern. One coat of Essence Better Than Gel Nails Top Sealer finished this mani. 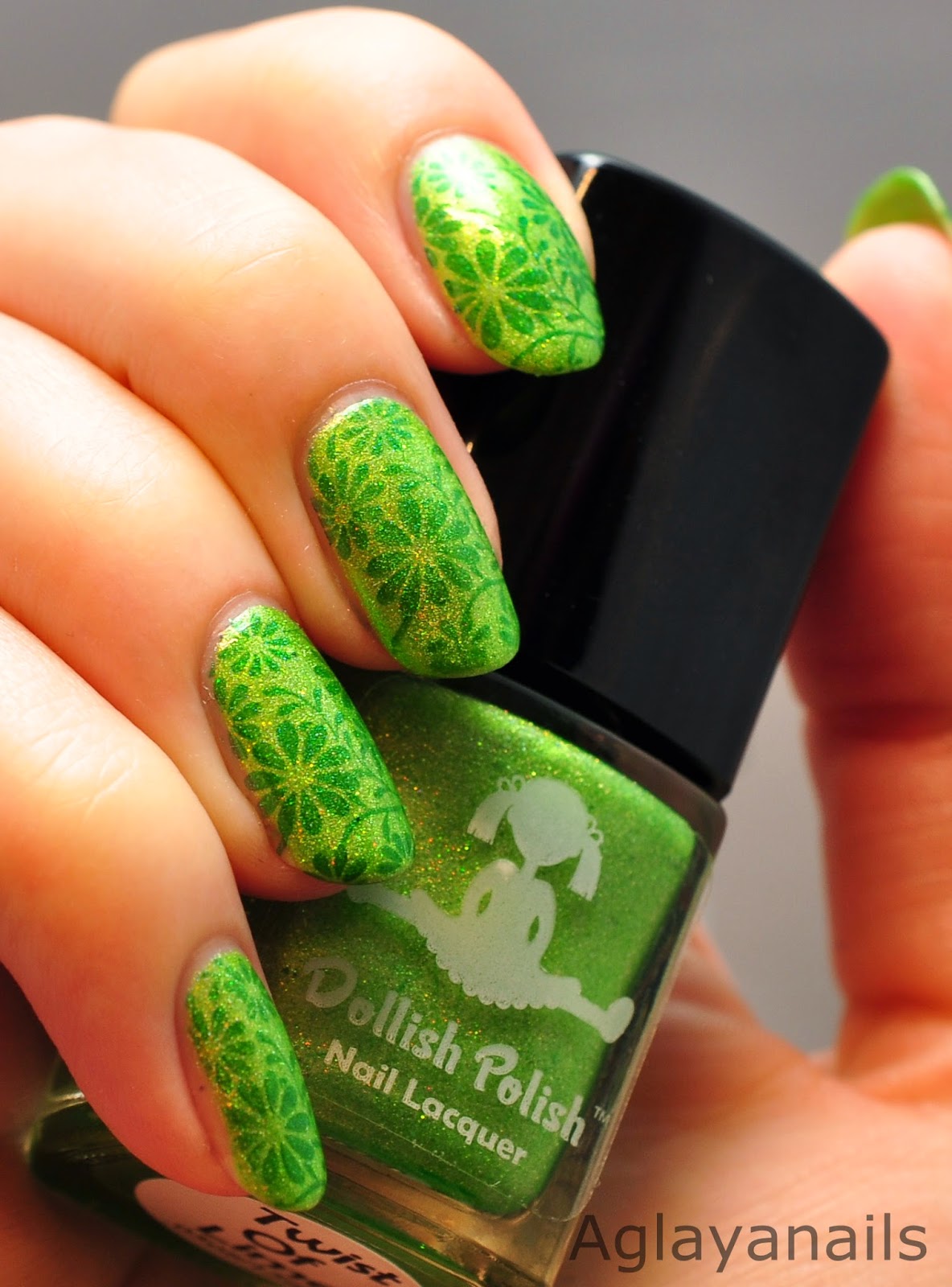 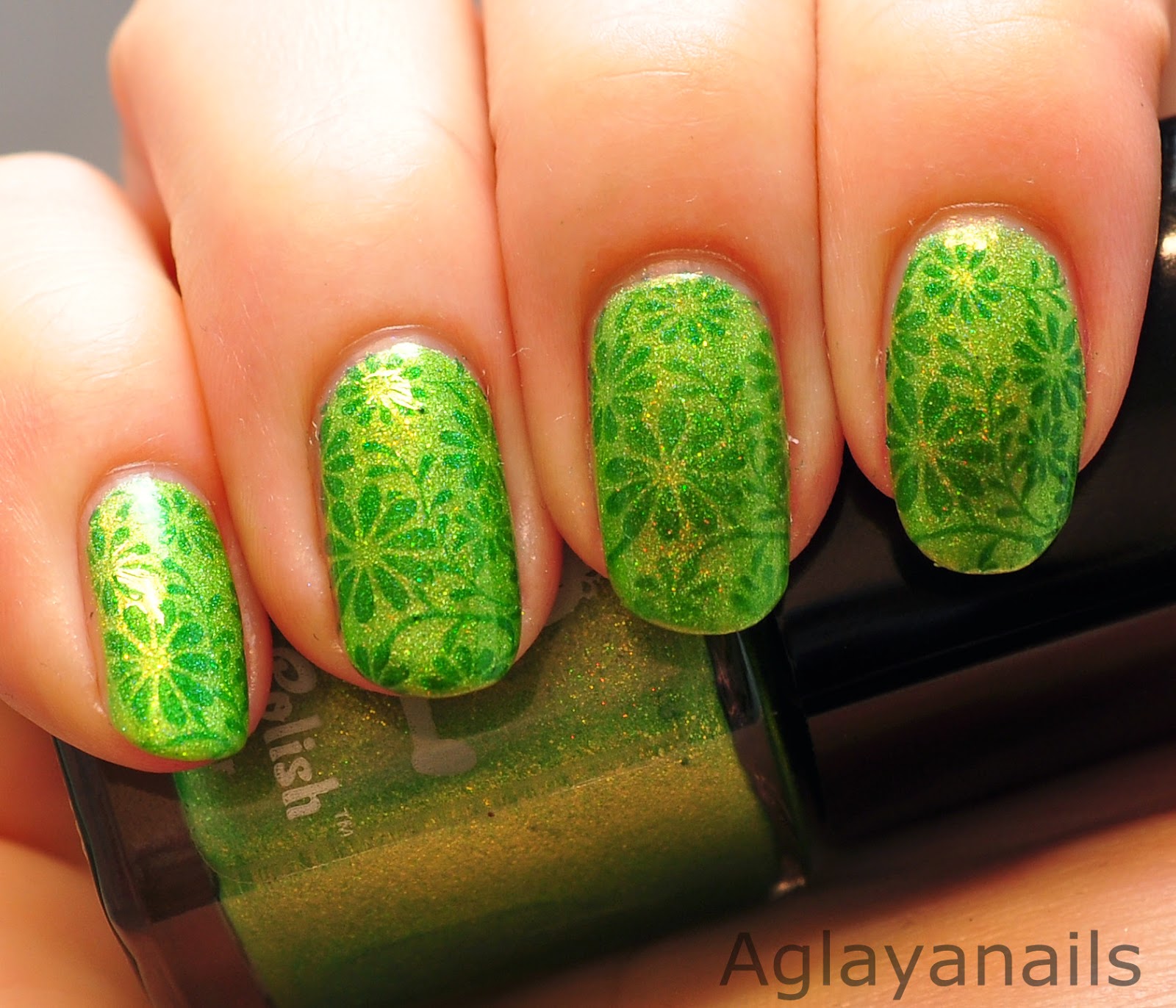 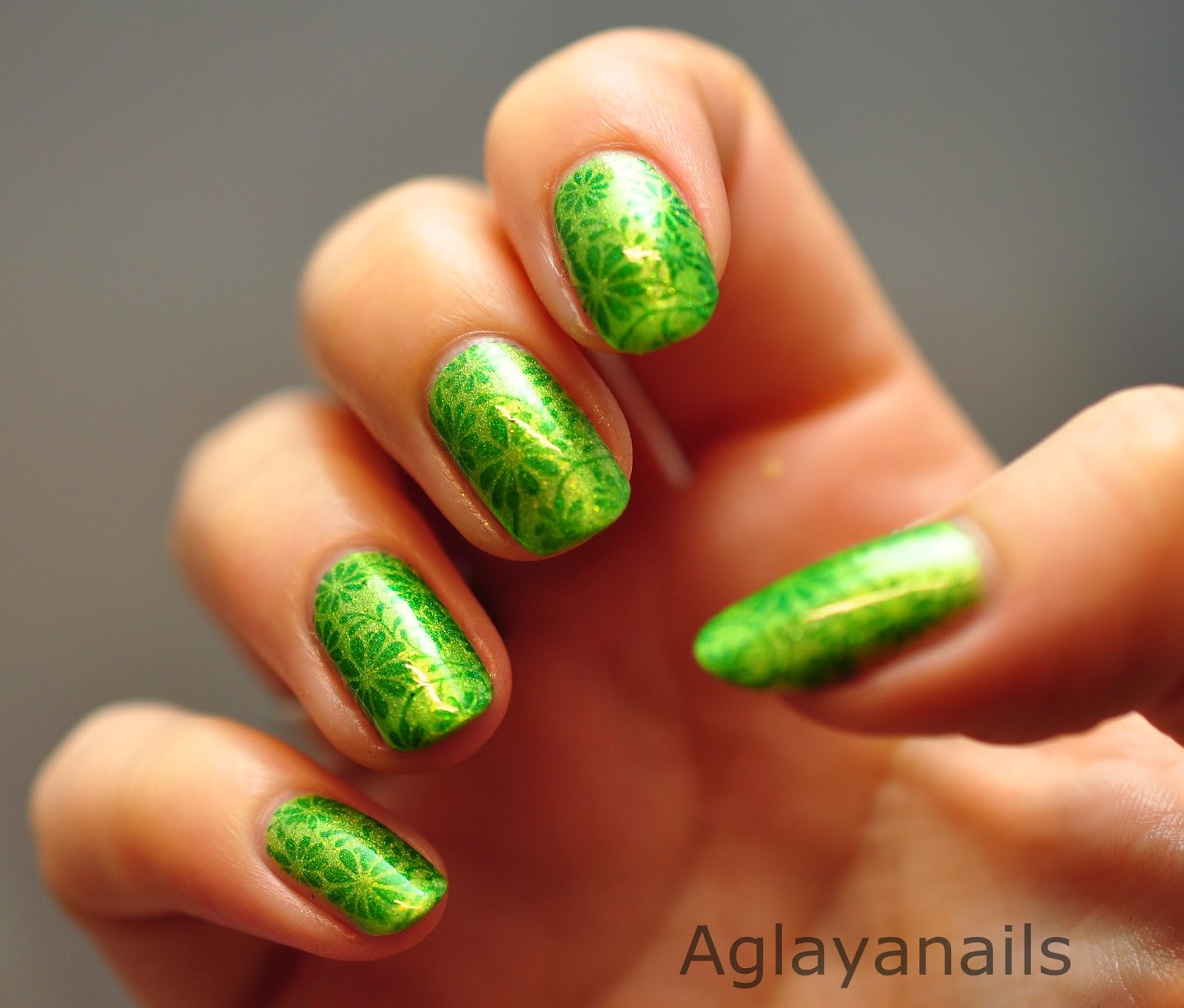 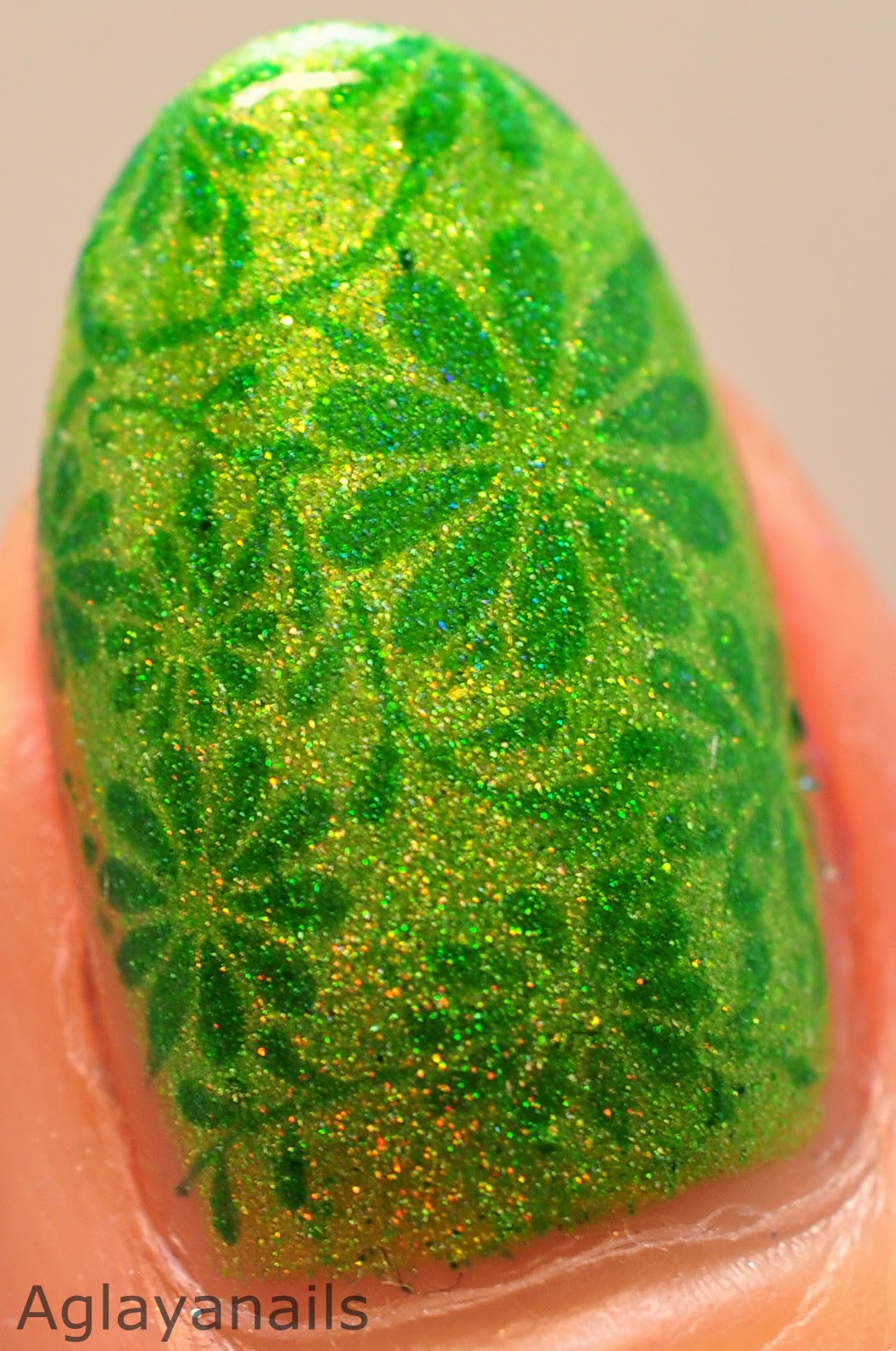 Dollish Polish are available at their store, at Llarowe and at Overall Beauty. Twist Of Lime was exclusive to the april "A Box, Indied". The box with five polishes is available at Llarowe as a one month only box or as subscription (50$ per box).

ILoveNailpolish are available on Etsy and at their own shop.