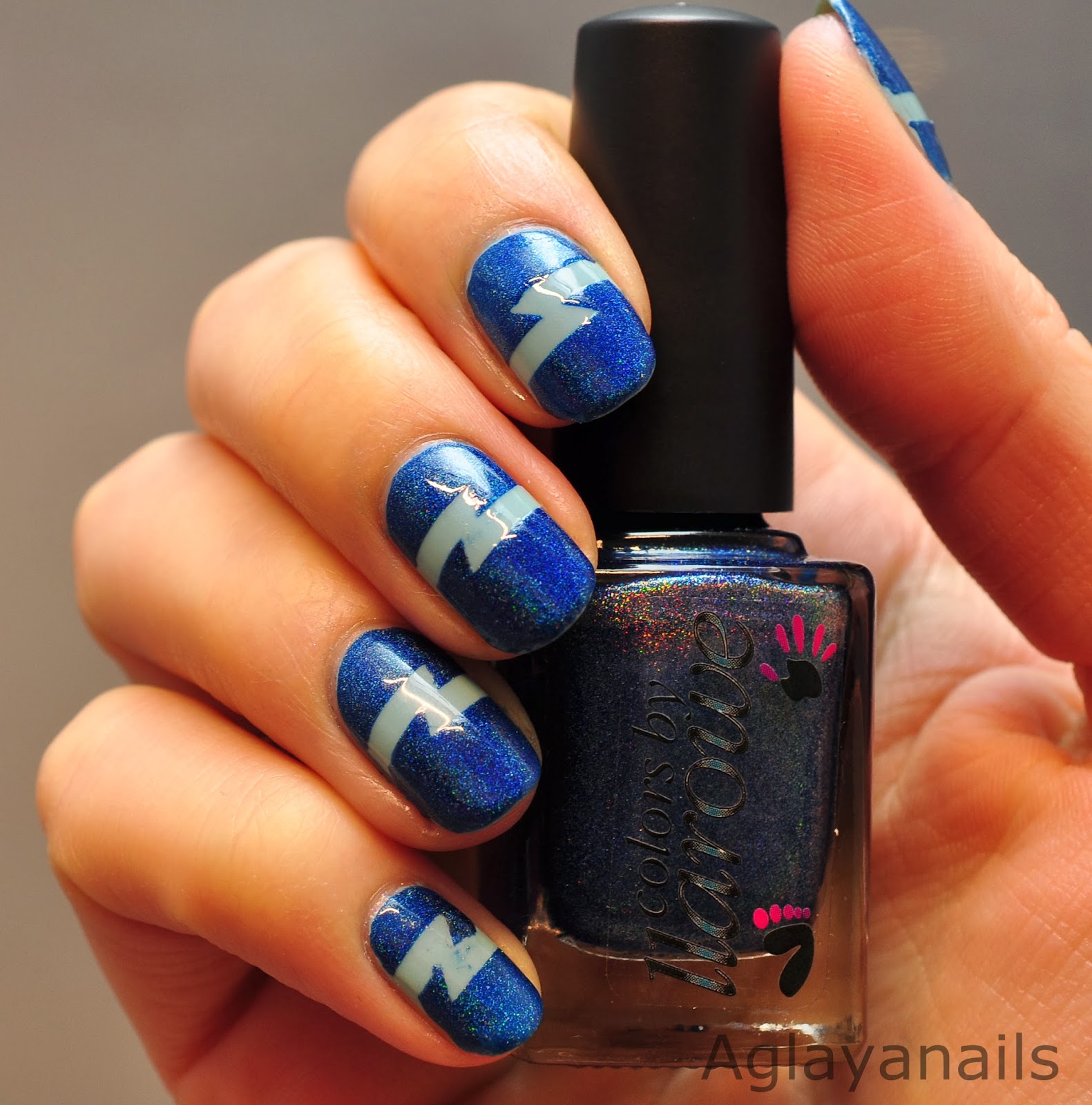 Number four of the february "A Box, Indied" is Colors By Llarowe Yo, Cupid, Take A Hike 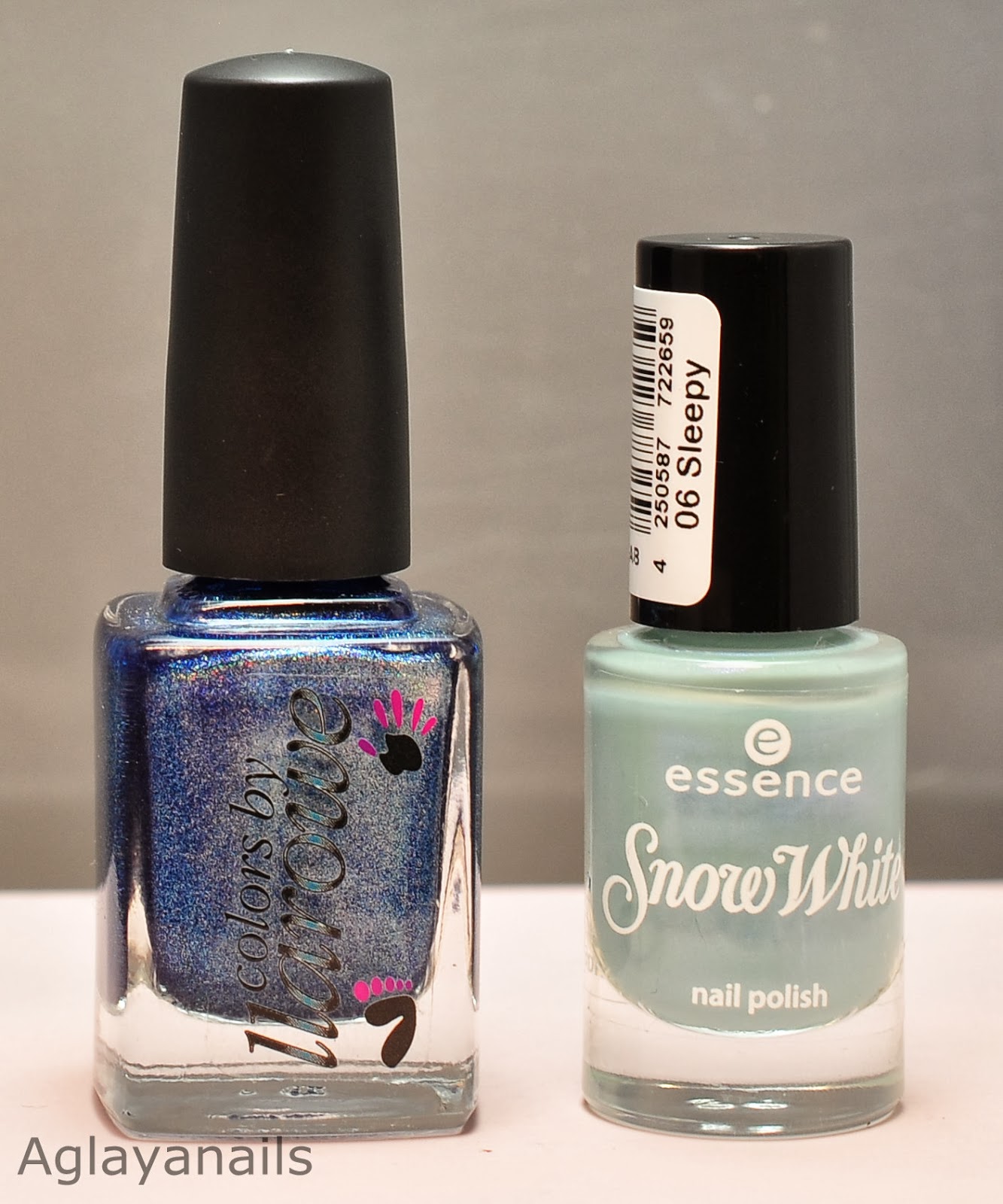 I started with three coats of Essence Sleepy (Snow White Trend Edition), a pastel blue with an extremely subtle blue shimmer that was just impossible to catch on picture. 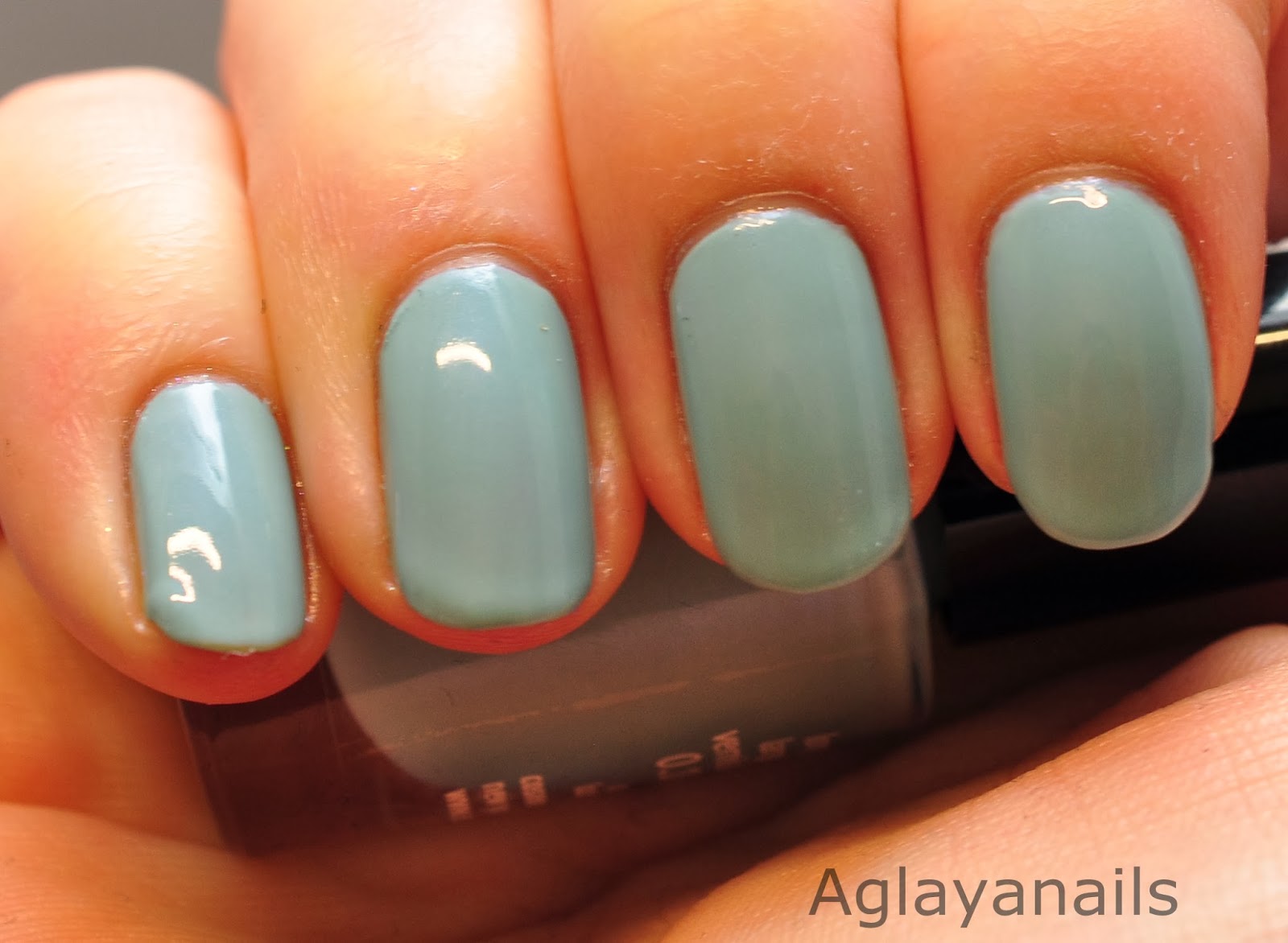 As soon as Sleepy was completely dry, I used lightning bolts nail vinyls before I added one thick coat of Yo, Cupid, Take A Hike. YCTAH is a royal blue linear holo with just a slight hint of teal. Application was very easy and opacity after one coat was perfect, too. To wear it alone, I propose using two coats, though. One coat of Rica Glossy Glam topcoat was the last step.

Like thursday's chevrons, I had problems with removing the nail vinyls, they tore during removal (all of them). Most of them I could remove easily in two pieces, but some tore a second time and I had to fiddle with tweezers to get the last bit of sticker off of my nails. I only realised after taking the pictures, that the lightning bolt on my index finger is the orhter way round. Let's call it an accent nail, shall we? ;-) 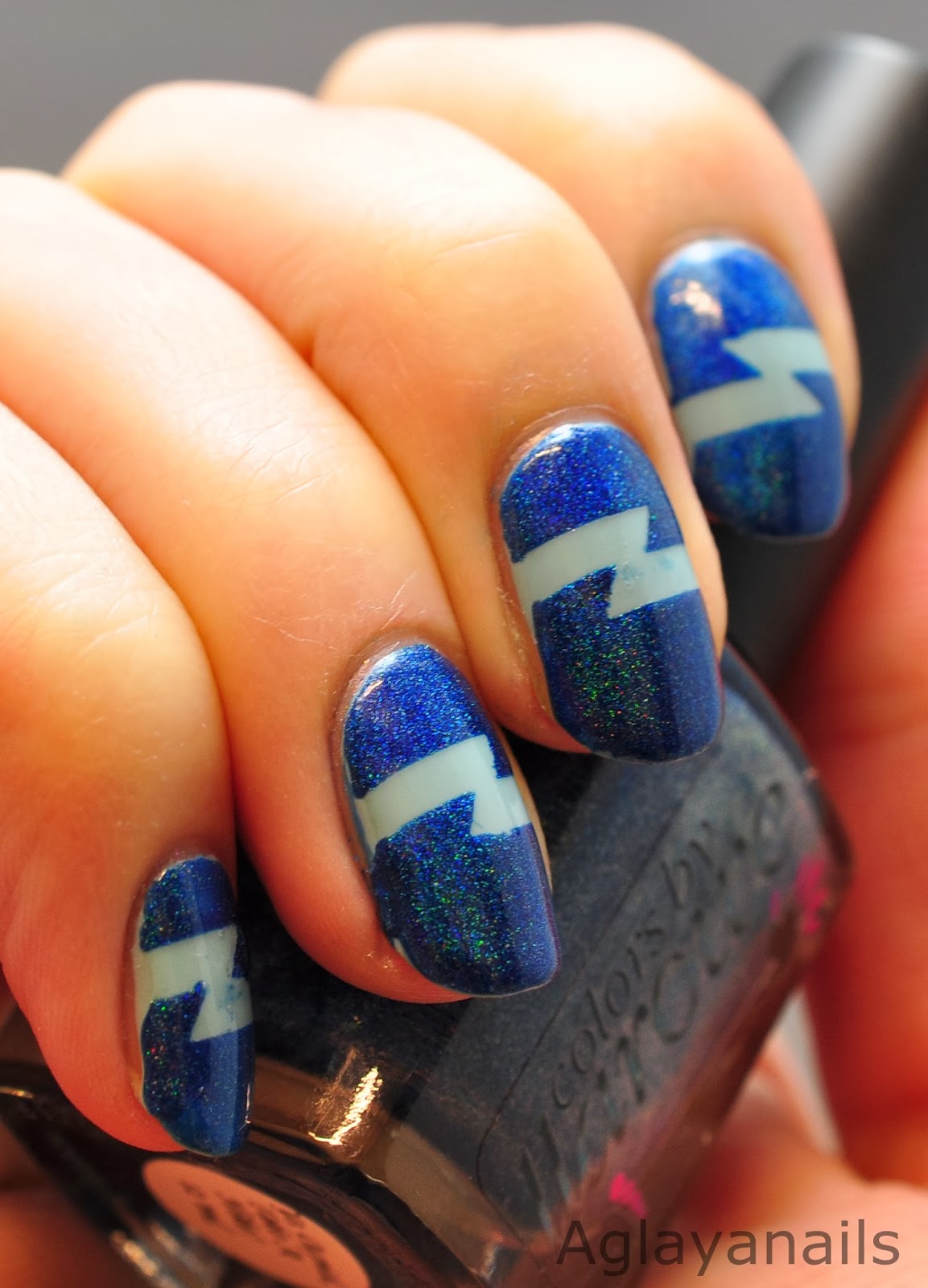 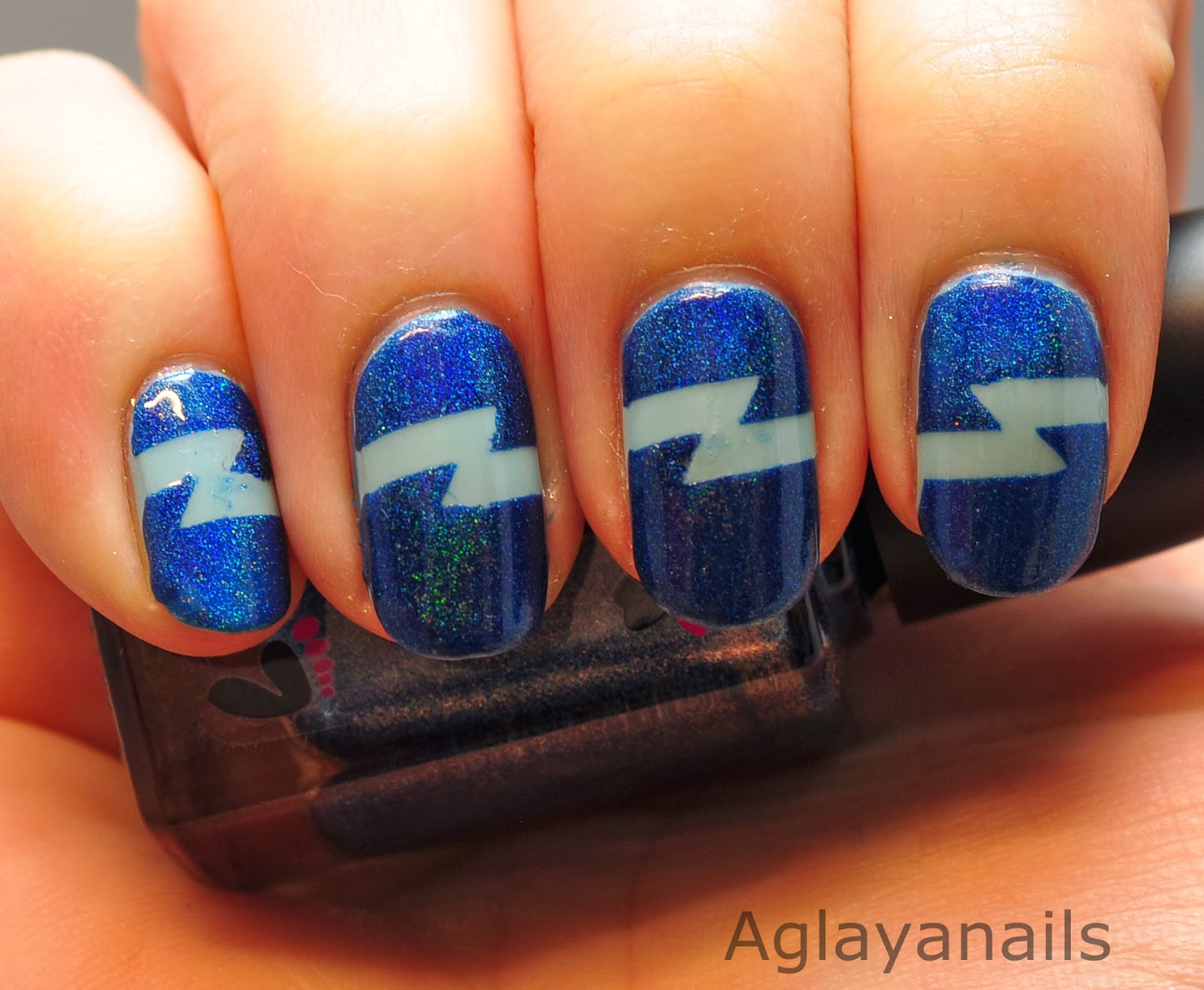 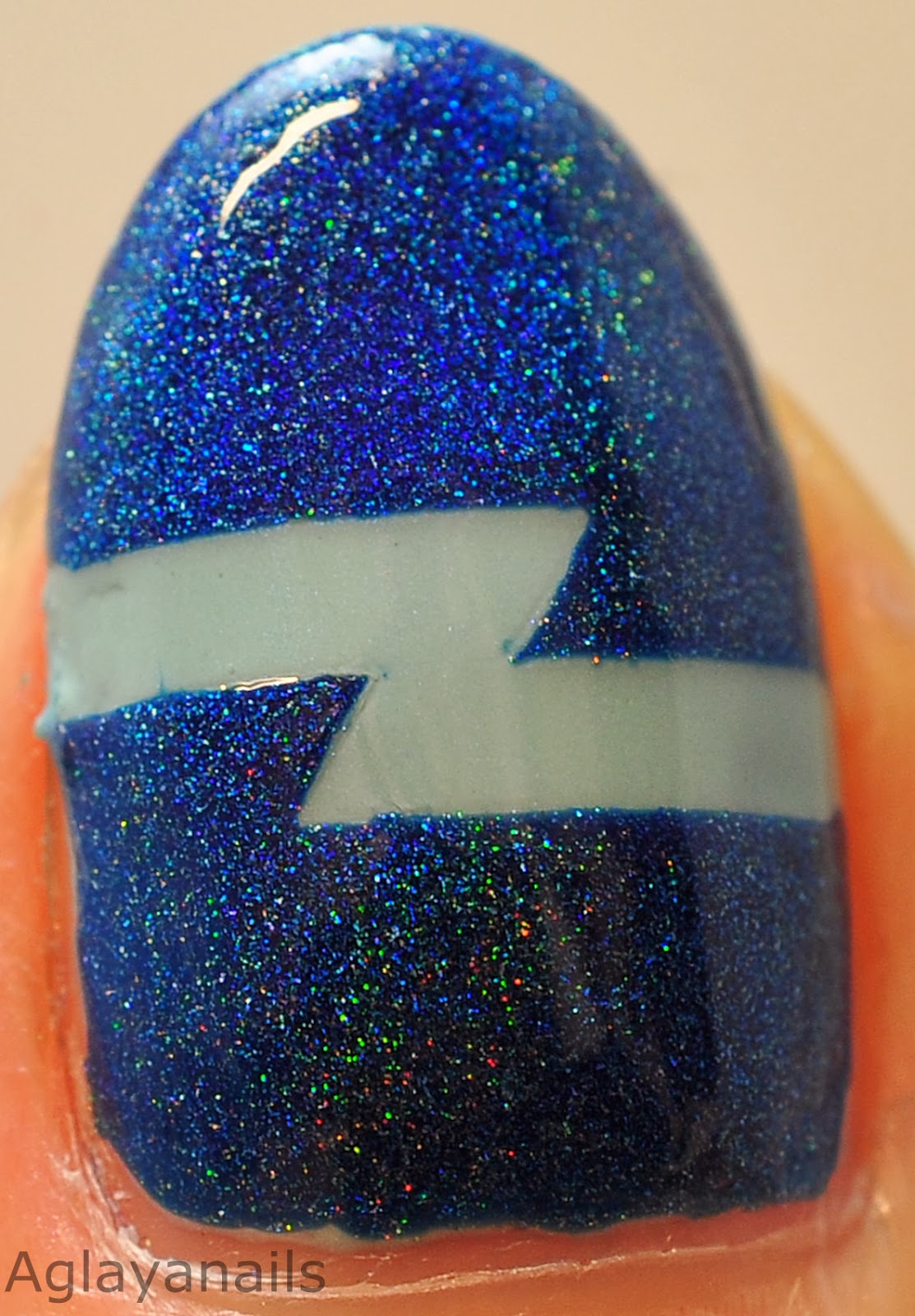