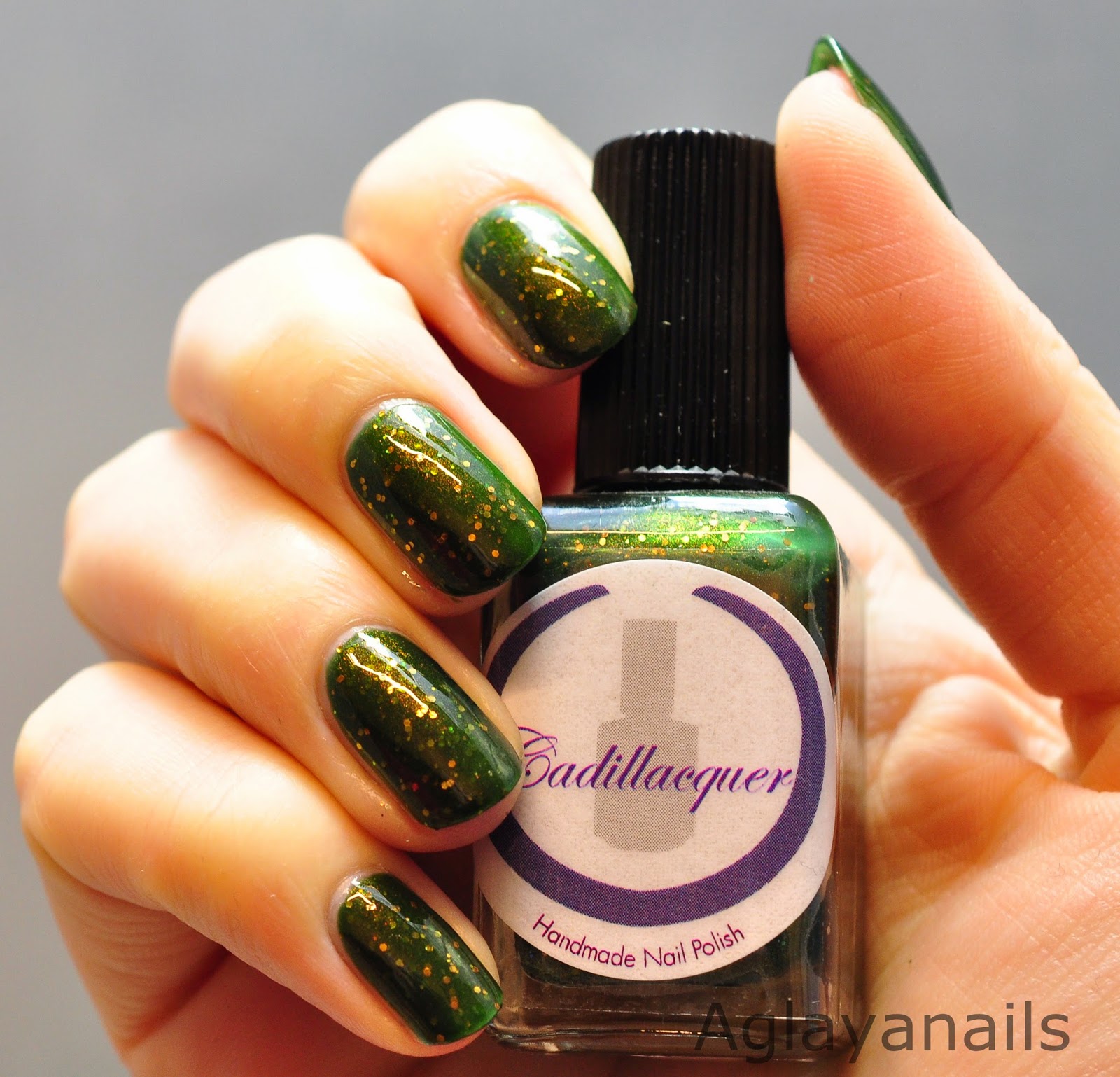 Today I want to show you a golden oldie by Cadillacquer (they recently celebrated their 2 year anniversary, yay!), The End Begins. 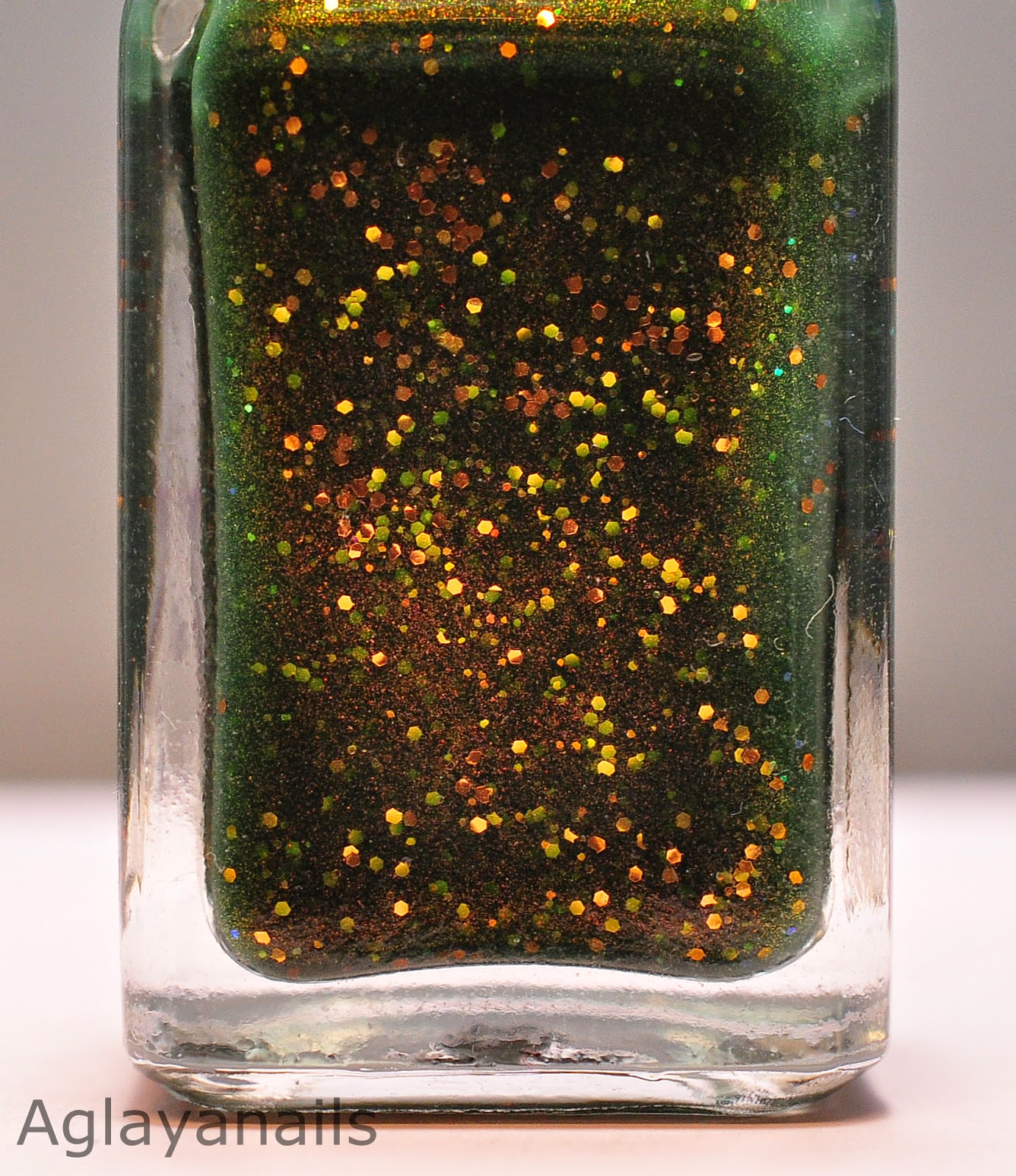 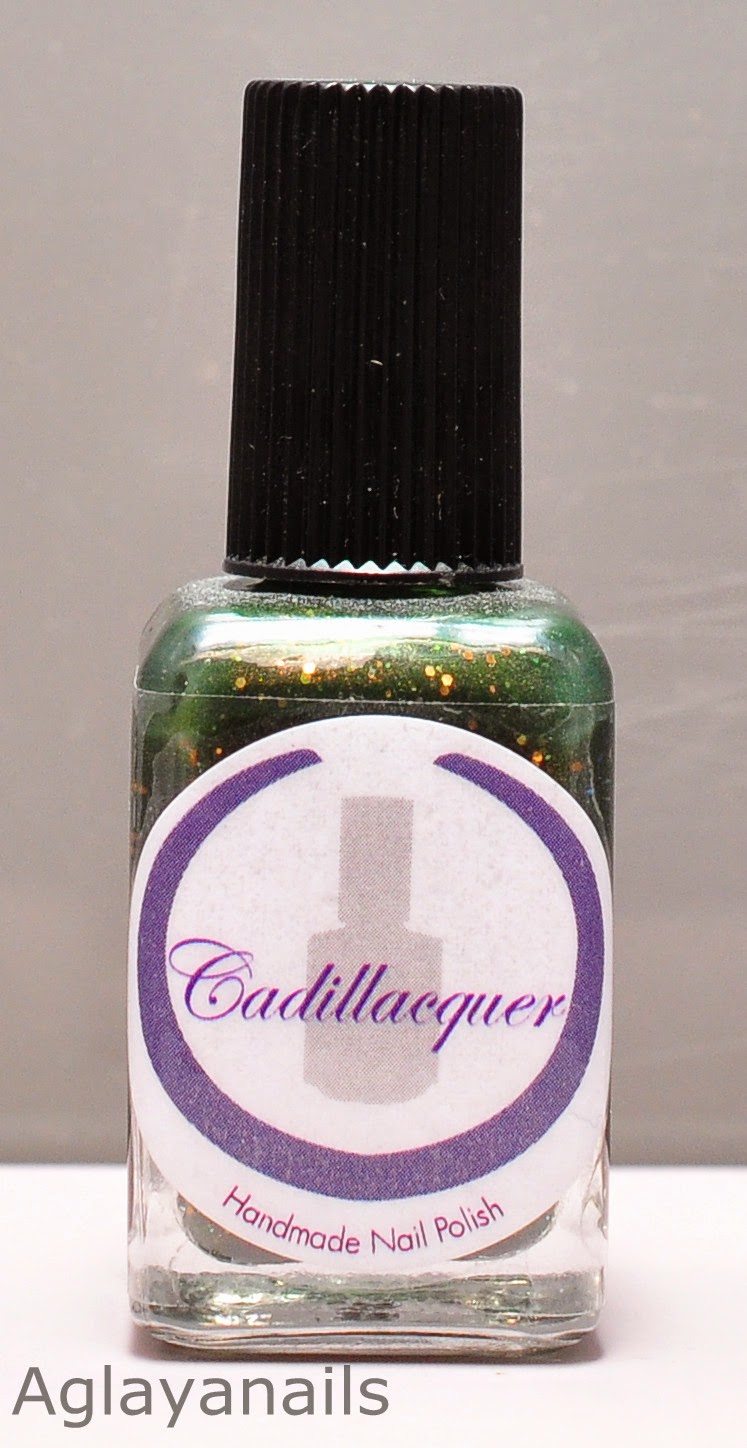 The End Begins has a fir green jelly base with small antiqe gold hexes and copper shimmer. I used three thin coats and added one coat of KBShimmer Clearly On Top. 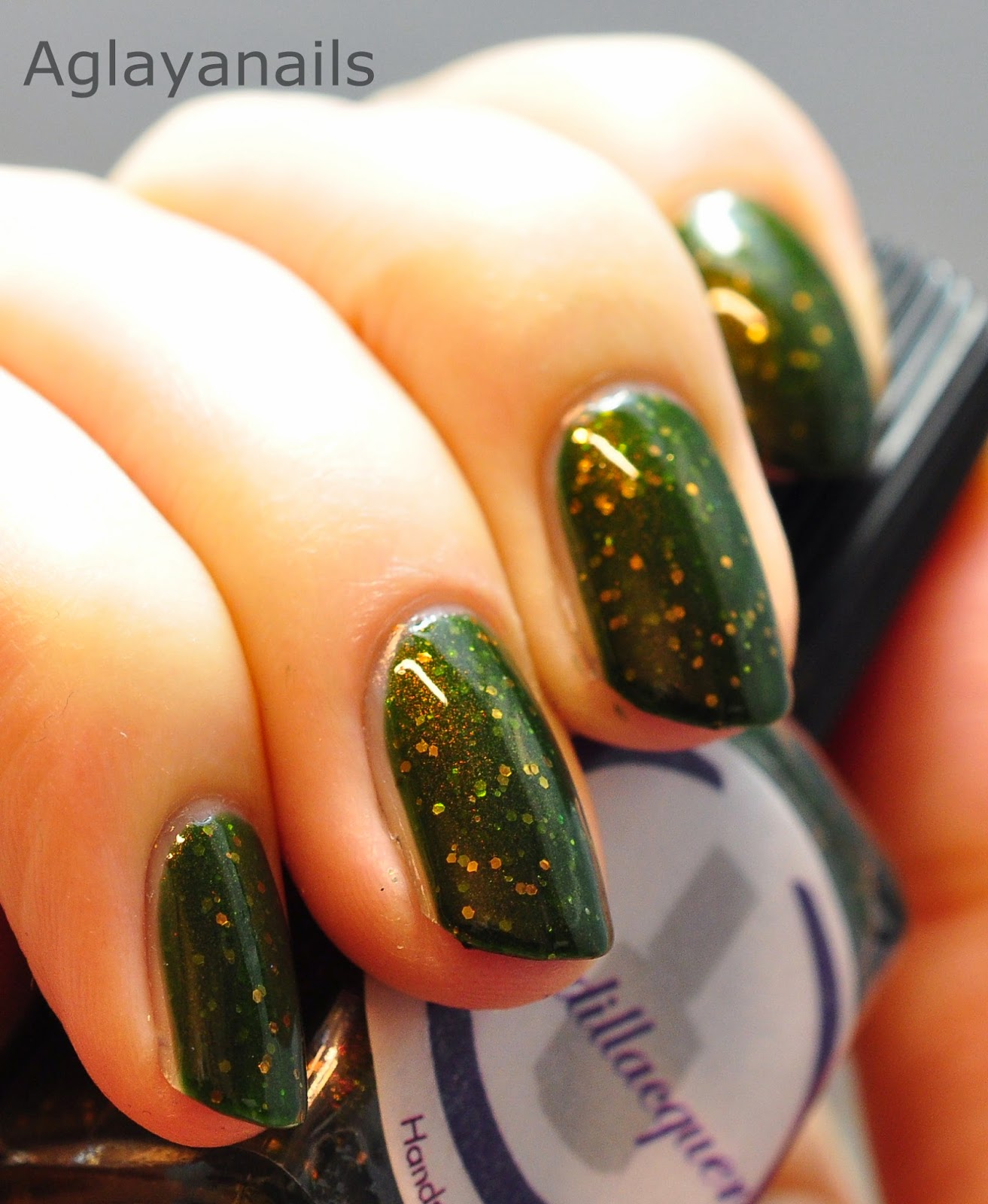 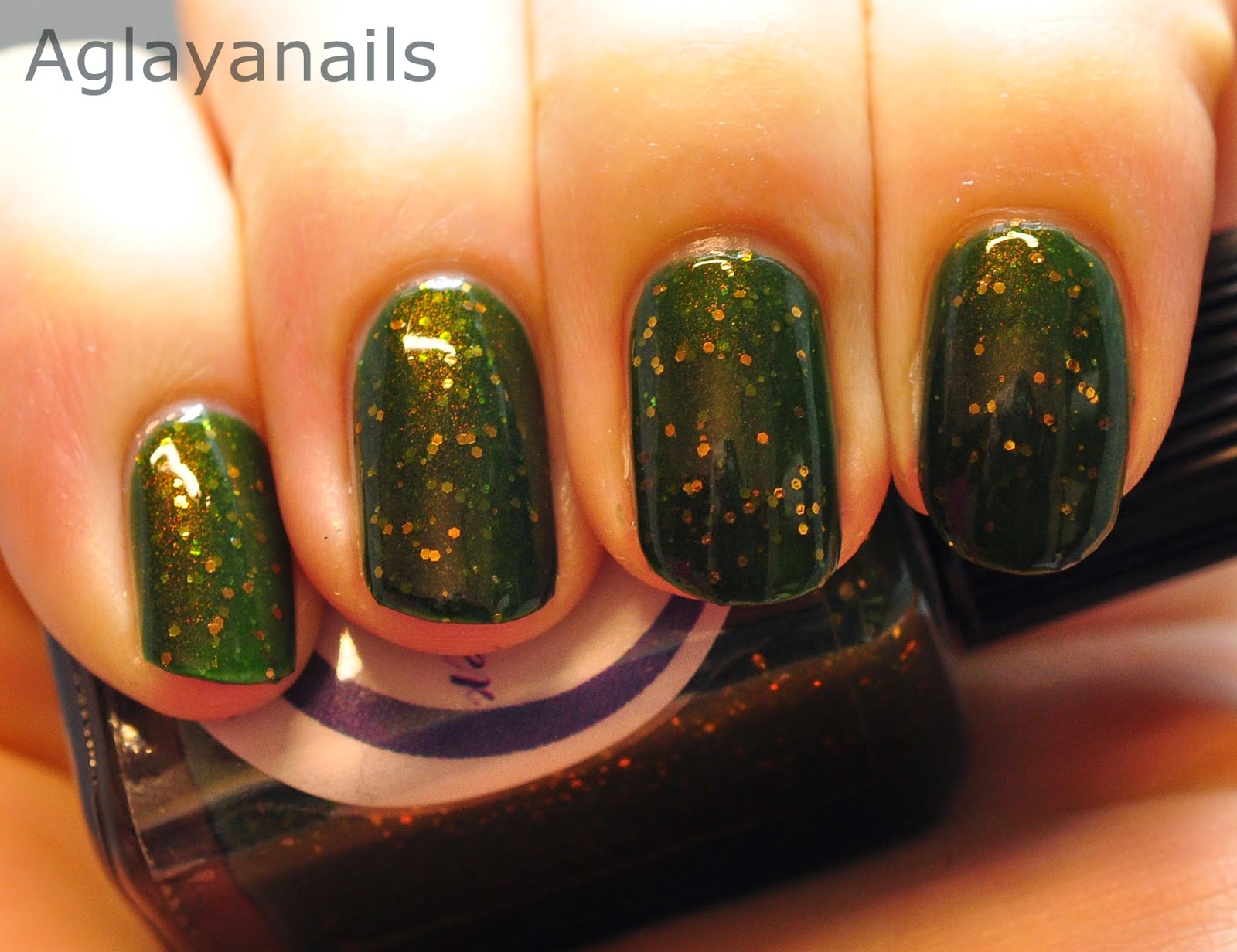 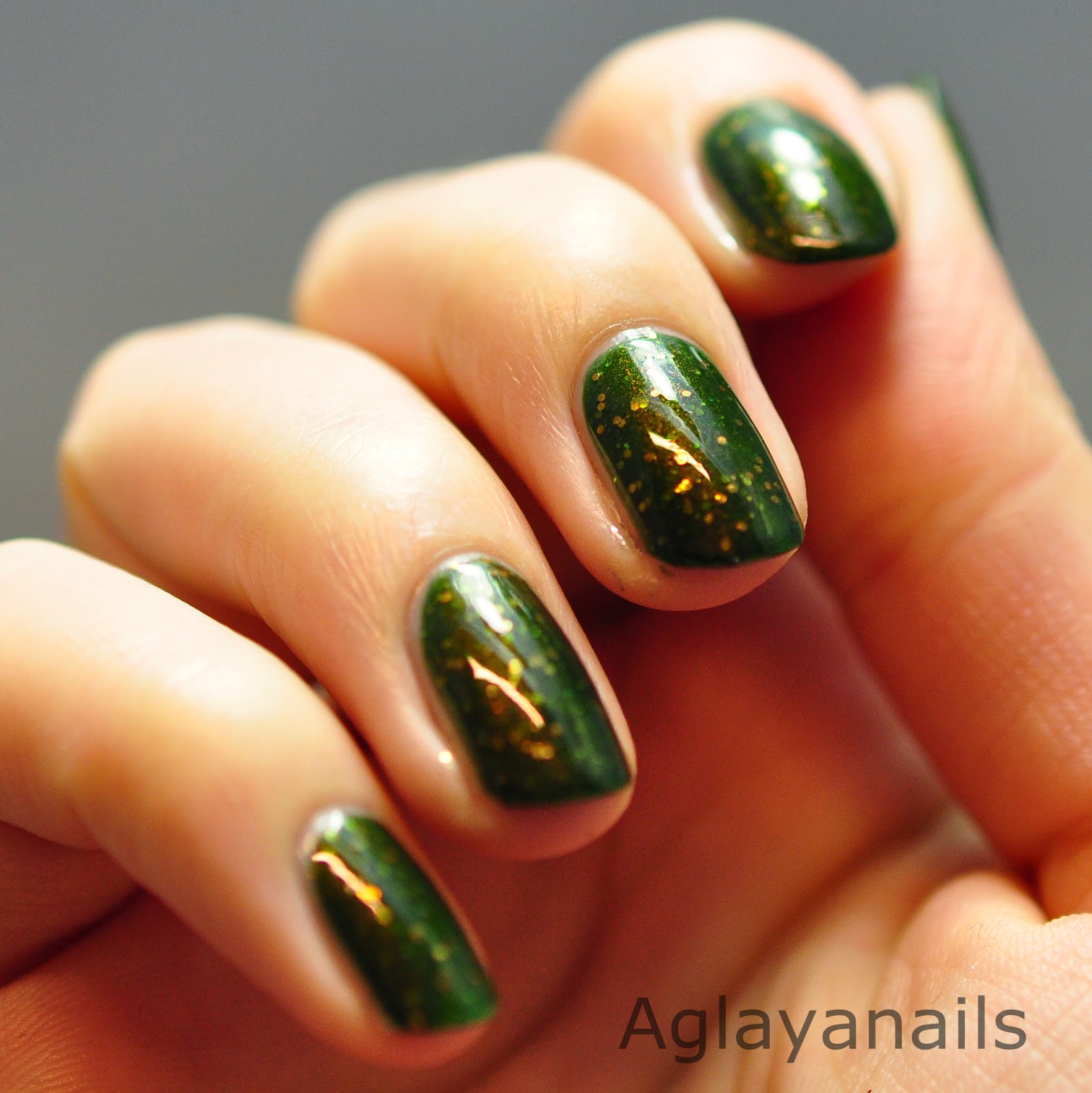 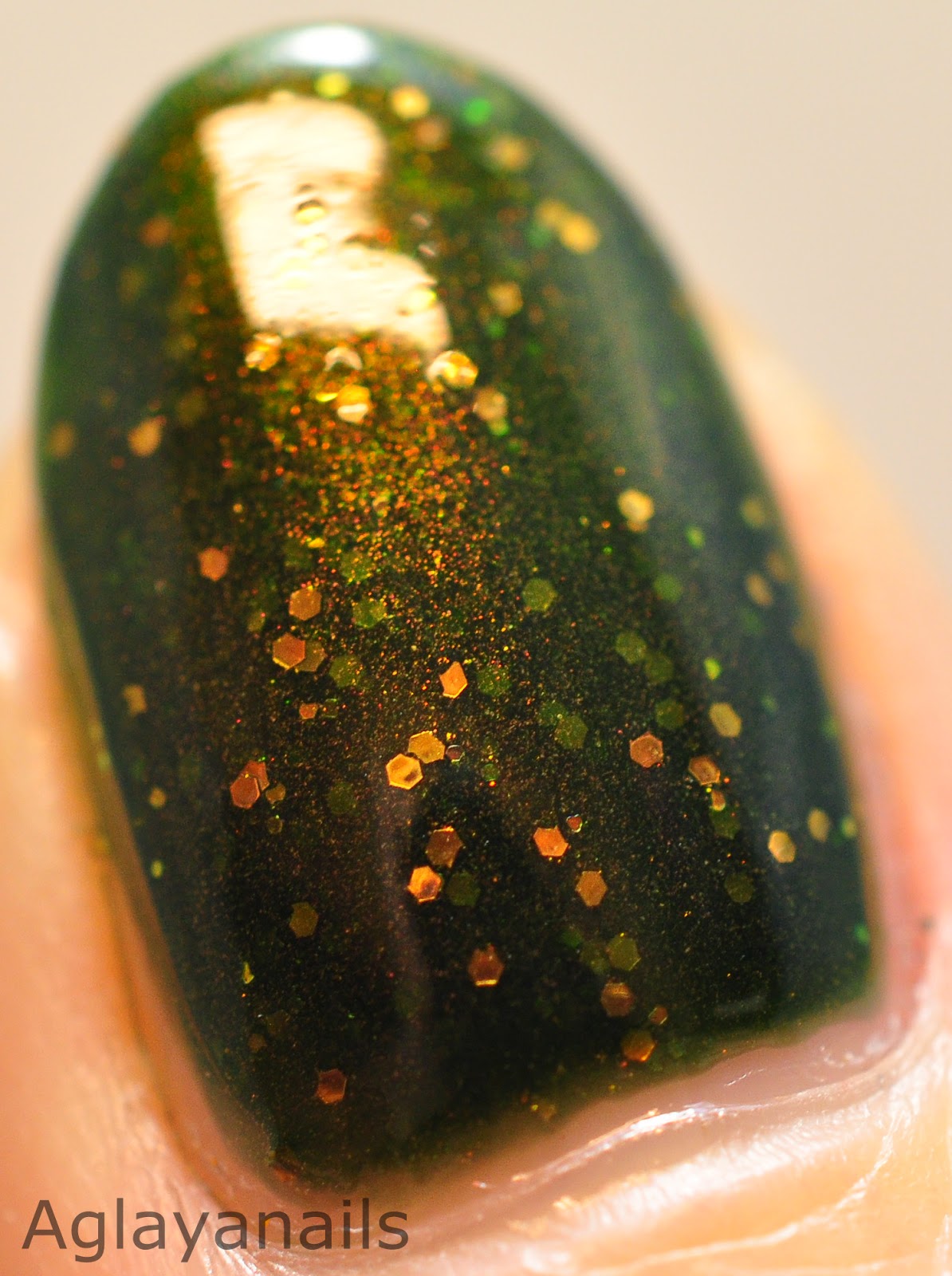 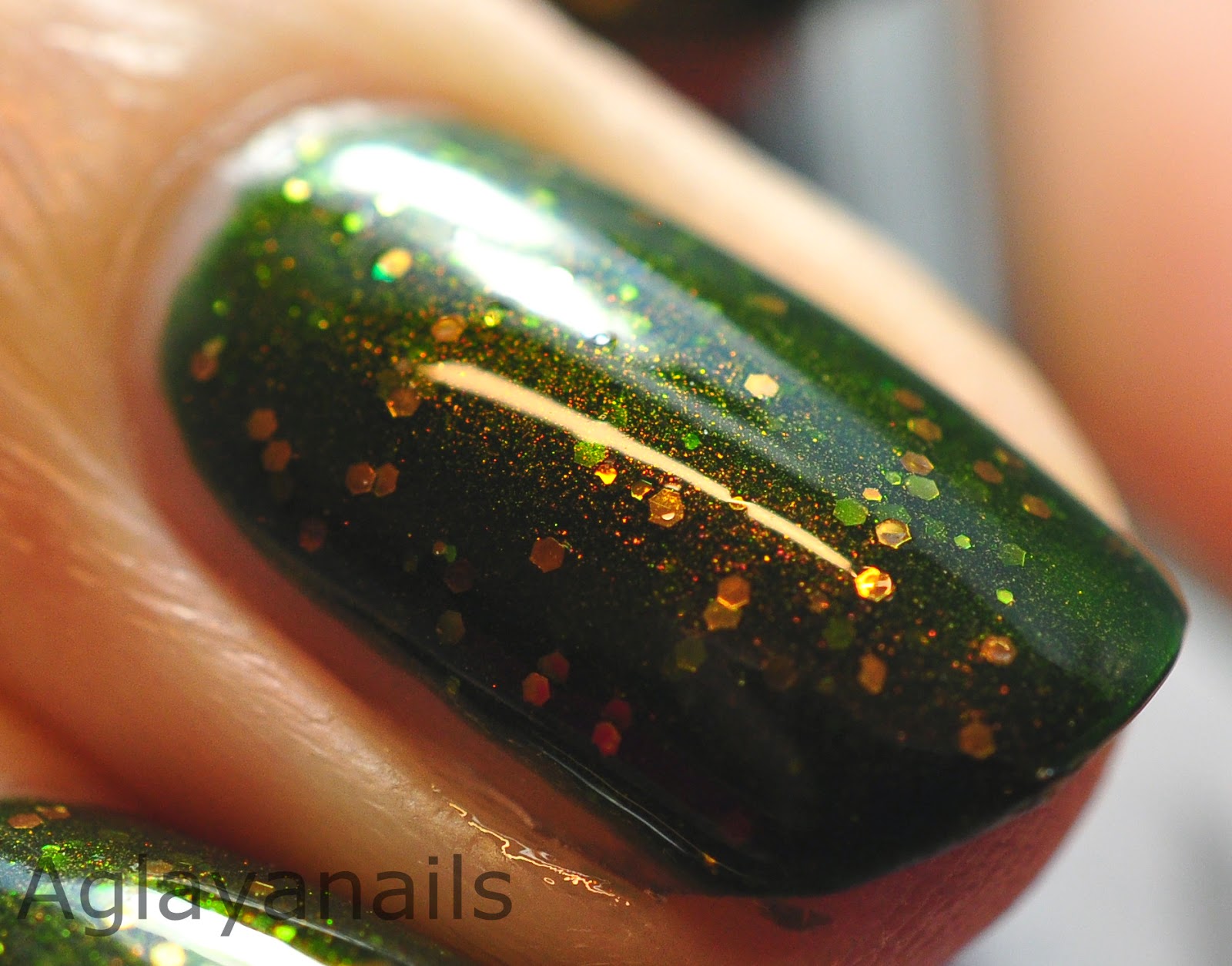 The End begins is no longer avaiable, but a lot of other Cadillacquer polishes are available on  Big Cartel, at Llarowe and at Harlow & Co.
I bought mine at the Big Cartel shop, of course, so the polishes could stay in the country insted of crossing the Atlantic twice... :-)