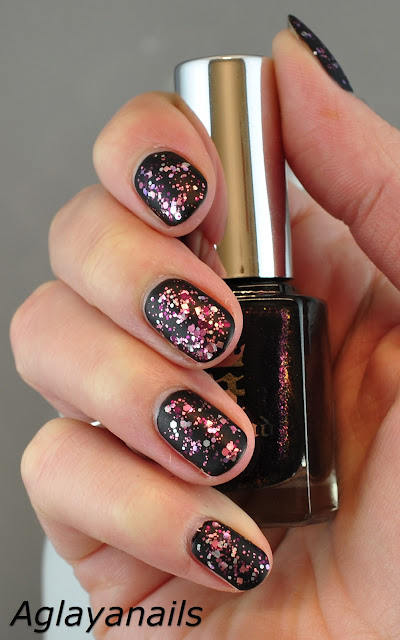 Since I loved this mani so much, I decided to try the same in pink. 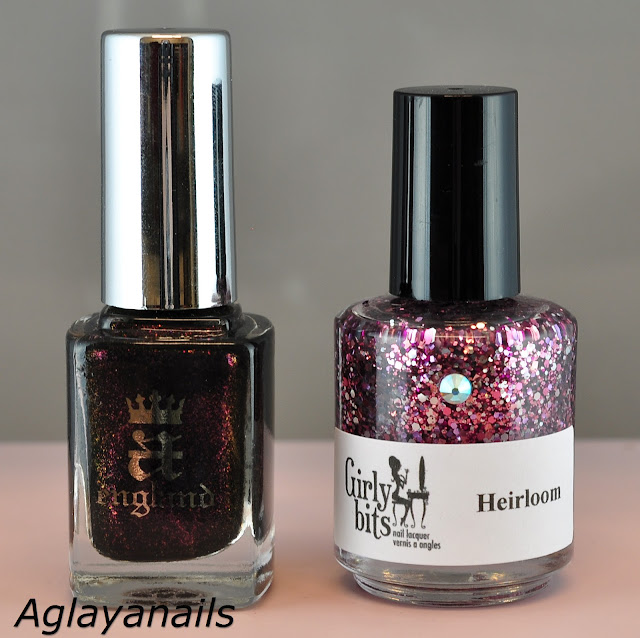 I started with two coats of a England Jane Eyre, the red one of the Gothic Beauties Collection. 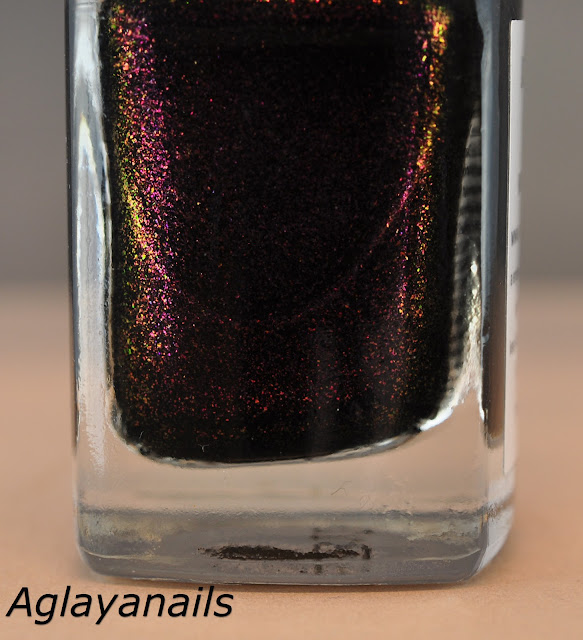 Jane Eyre is described as "intensly smouldering crimson embers, imprisoned in a veil of sombre black".
(Source: a England)

Sadly, the red shimmer is hardly visible. My camera wasn't really able to pick it up, and even in real life it looks mostly black. Maybe in direct sunlight the red shimmer glows, but as it's still dark when I leave the house in the morning, and it's already dark when I return, I can't really tell. 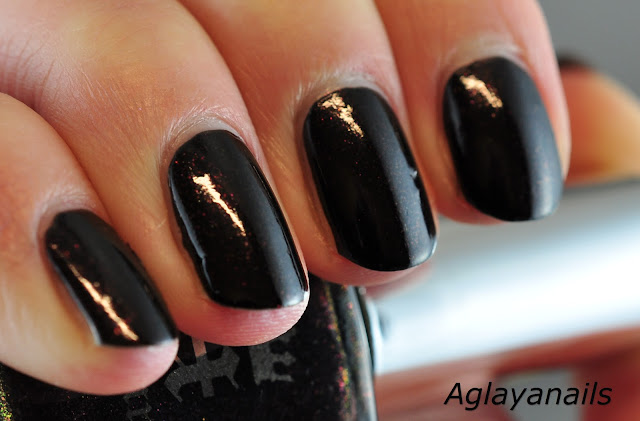 On top of Jane Eyre I added one dabbed coat of Girly Bits Heirloom (Season of Sparkle Collection), "A clear based glitter with all the vintage shades of a Victorian era Holiday".
(Source: Girly Bits Blog). 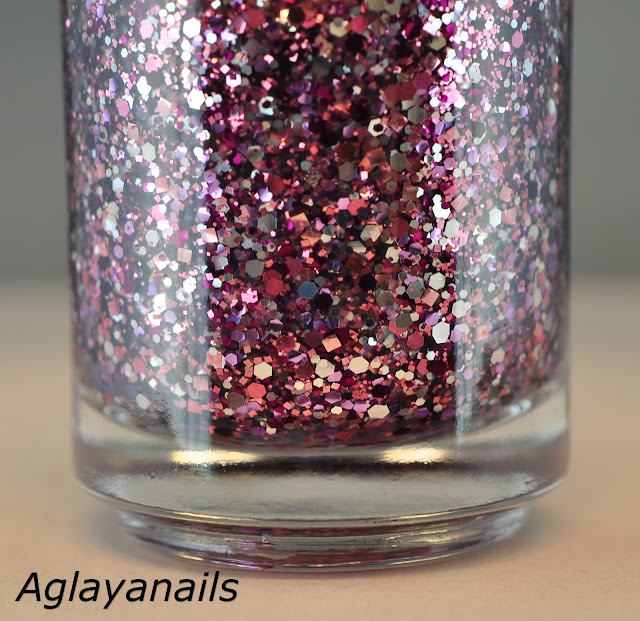 I'm not really into pink polishes, but I do like heirloom. Layered over a dark base it looks classy, not Barbie. 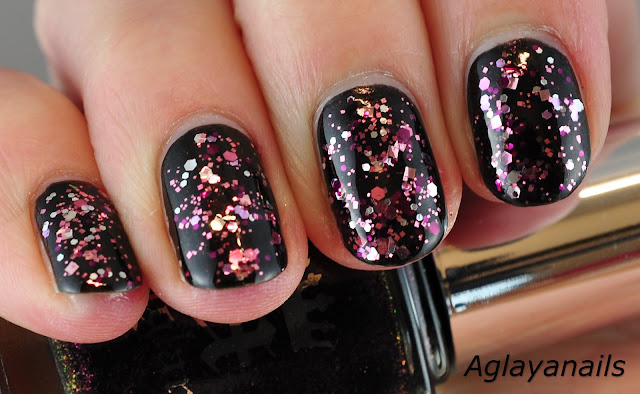 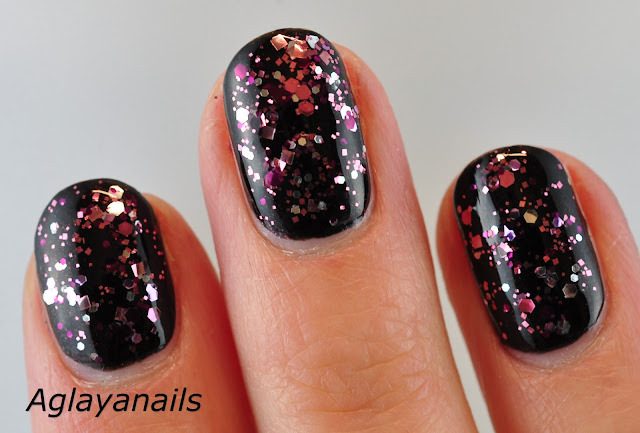 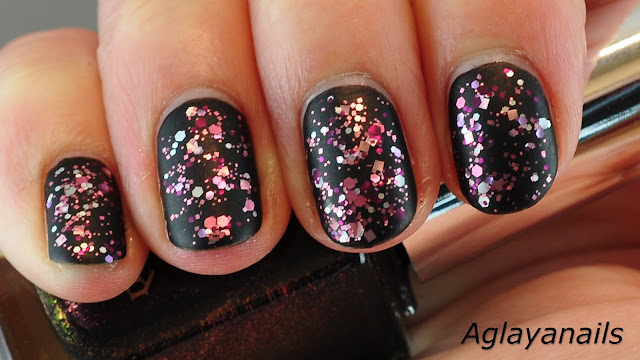 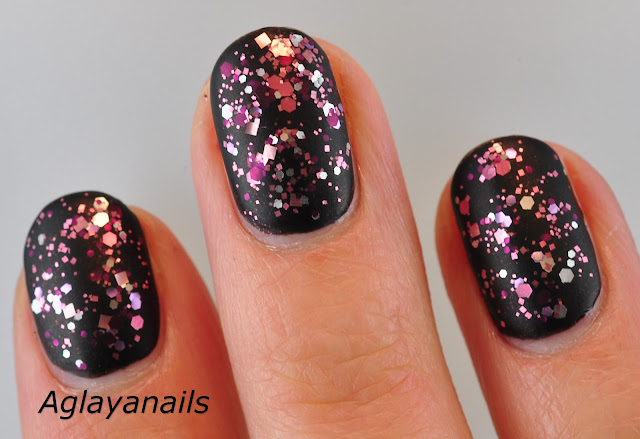 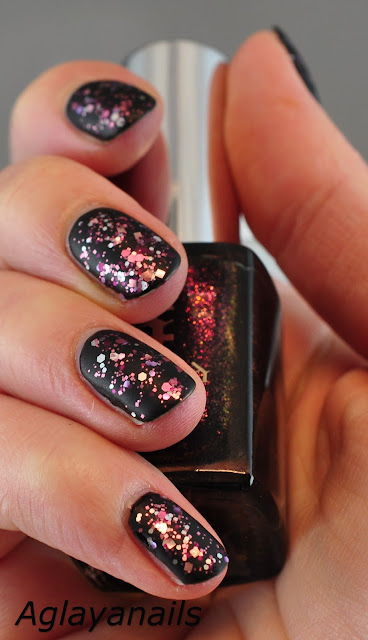 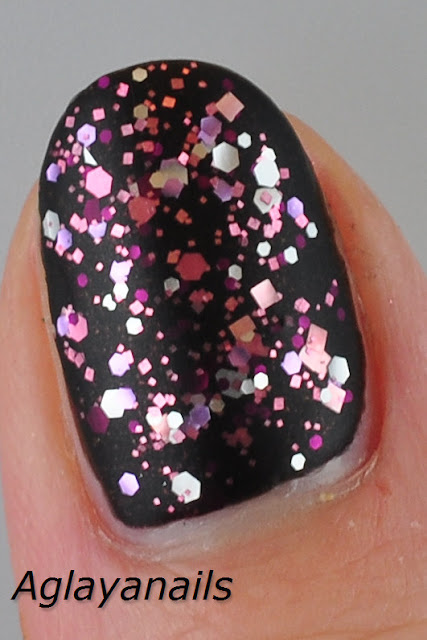 a England polishes are sold on their website, at Overall Beauty, Mei Mei's Signatures, Pshiiit and Llarowe.