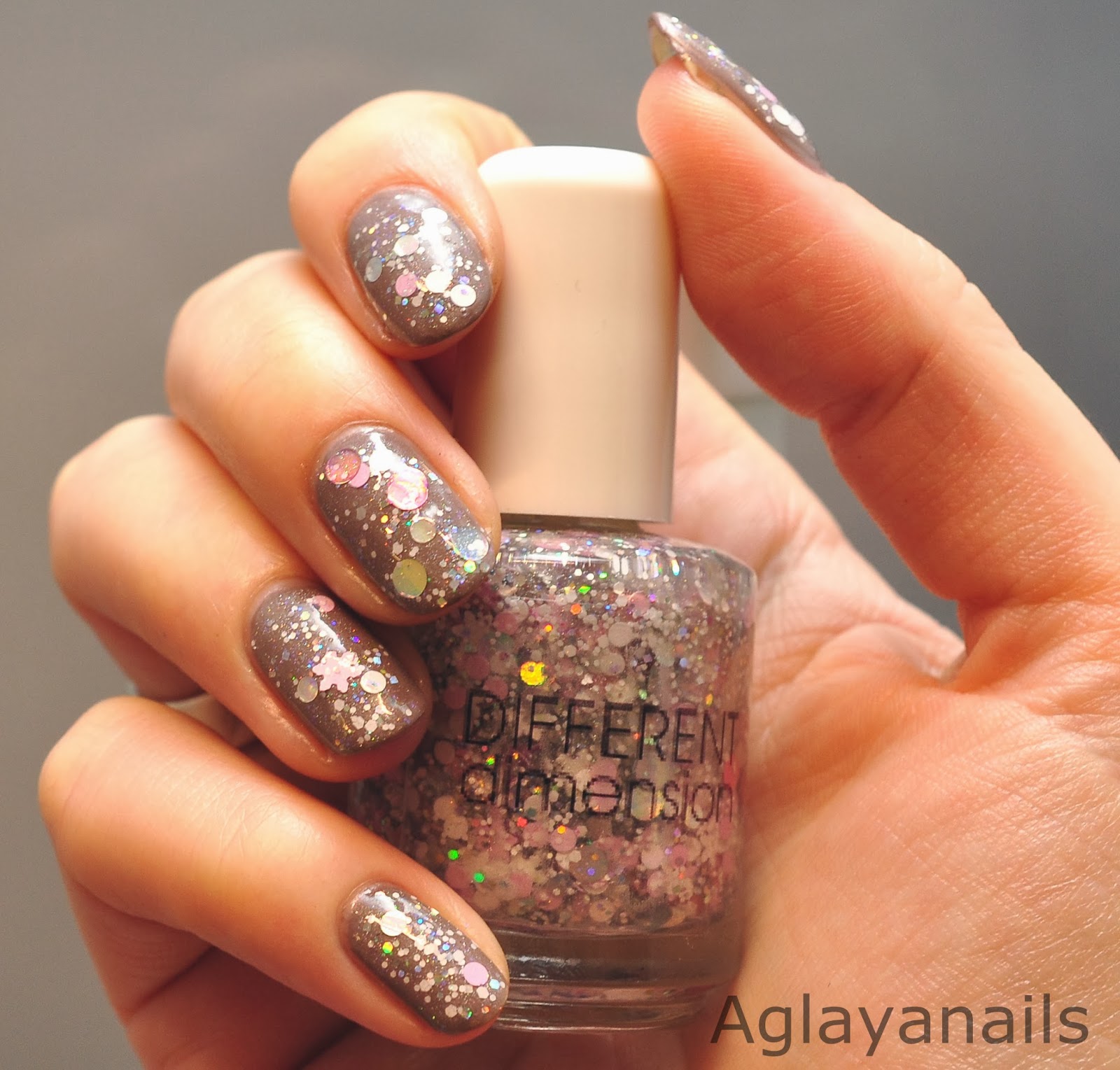 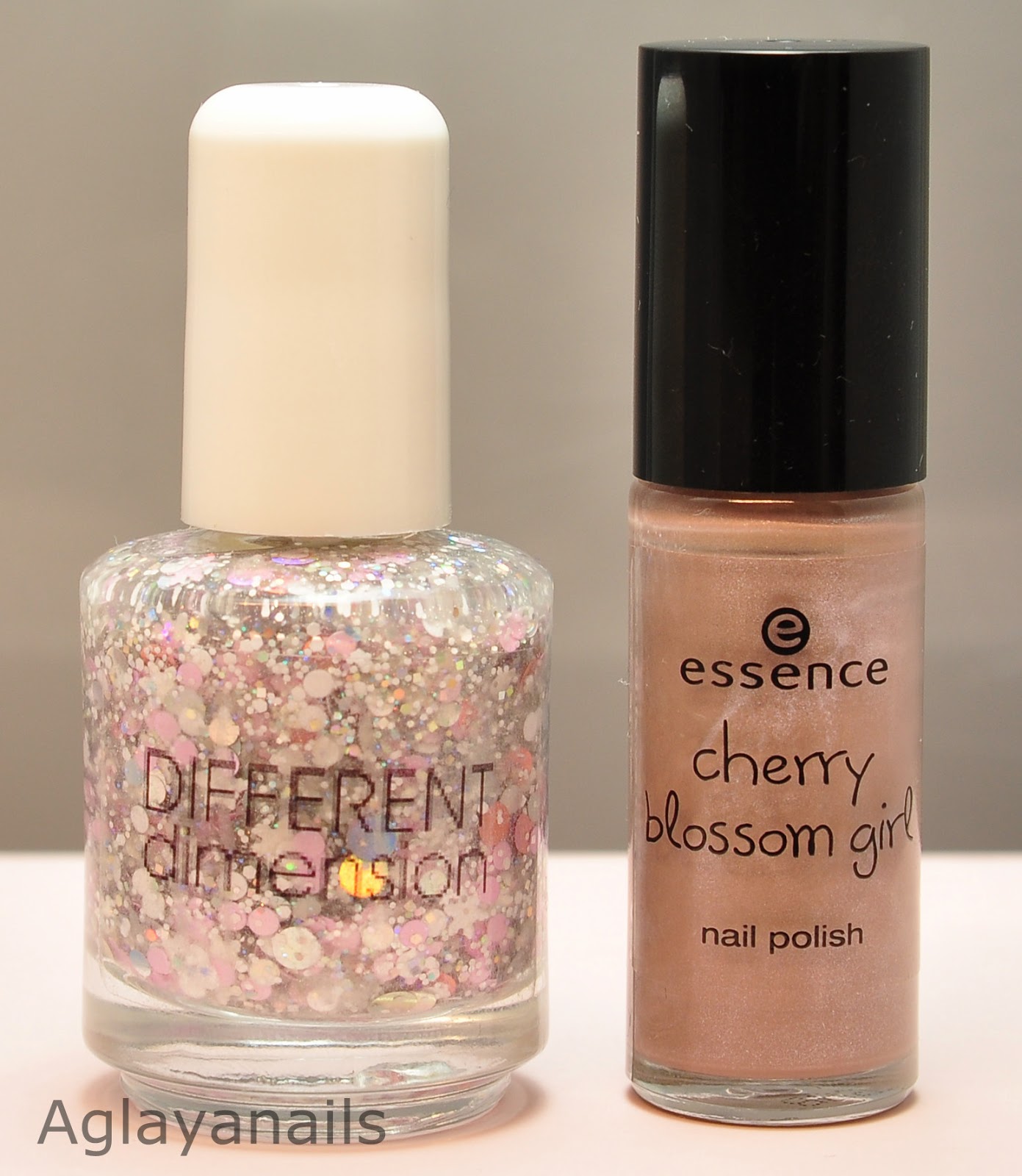 As base color I used Essence My Little Kimono (Cherry Blossom Girl Limited Edition), a shimmery medium taupe. I used two coats for opacity and had no issues with application. 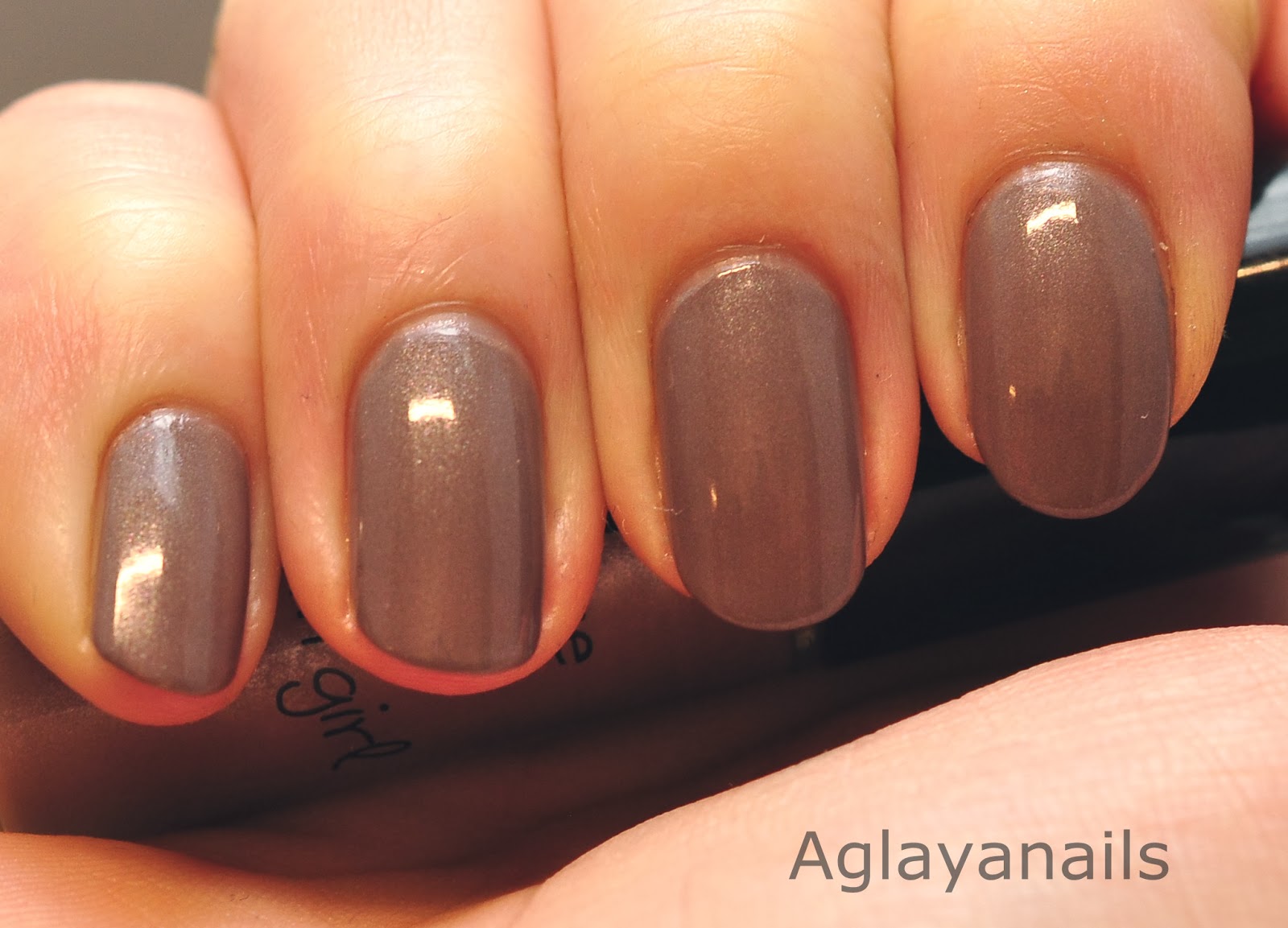 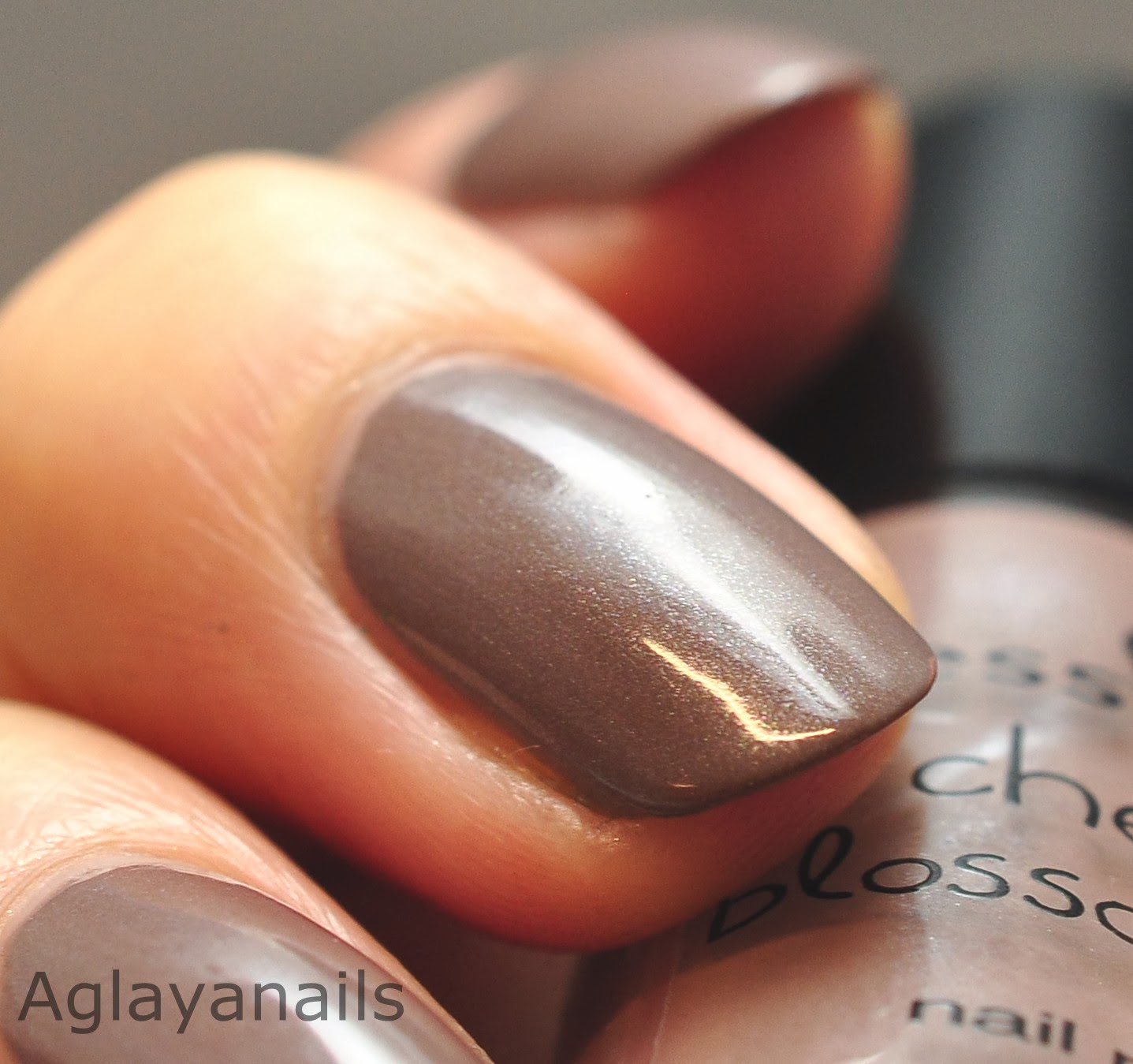 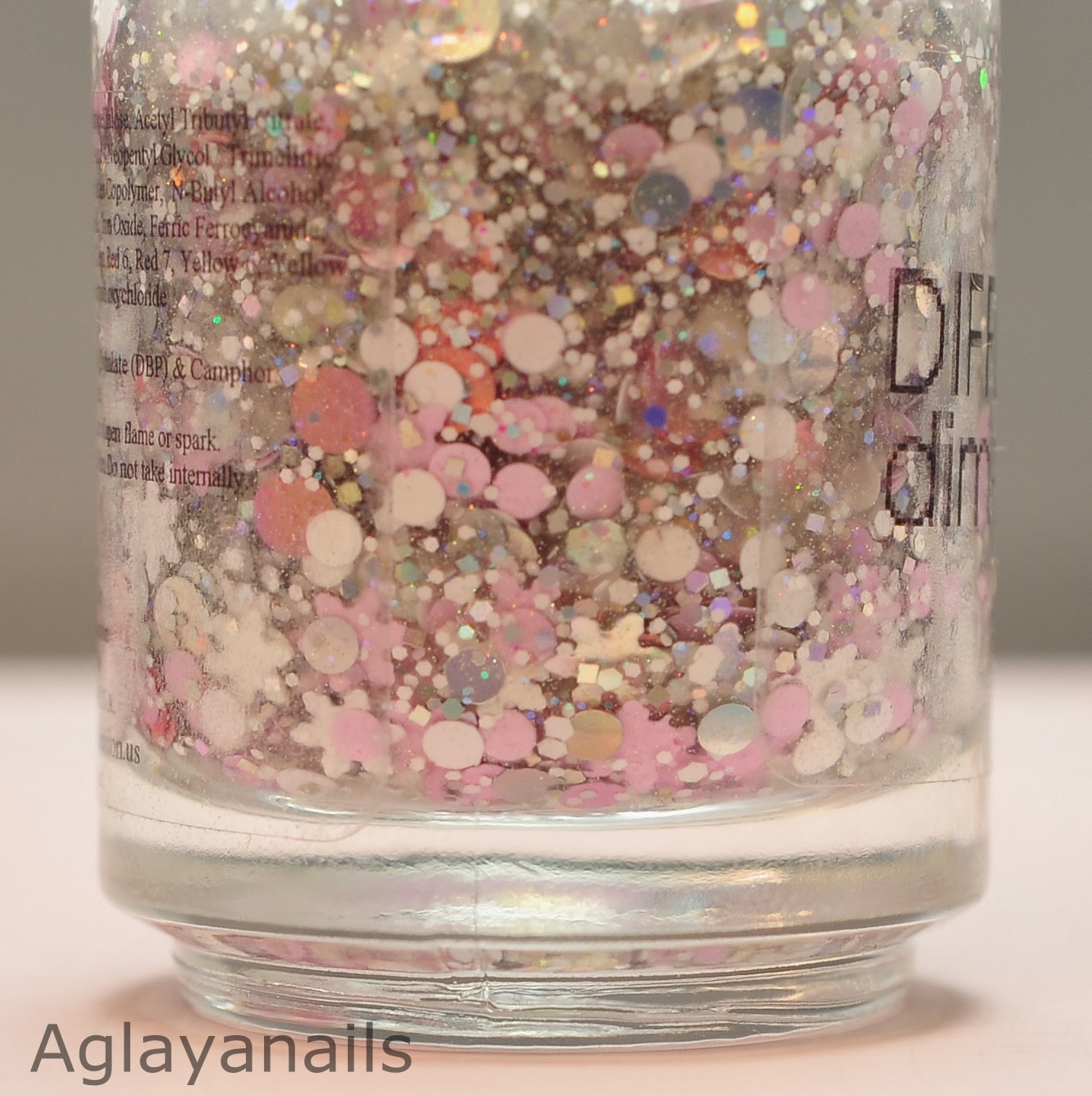 Frozen Fairy Floss contains similar glitter as Ice Queen from the december box, so I expected Frozen Fairy Floss to be similarly difficult to apply, but I was positively surprised to find it much easier in use. Of course the snow flakes and saucers didn't just jump out of the bottle, but a little swirling the brush around was enough to get them out, and all the glitters stayed where I placed them.

Due to the big glitters I added one coat of Nail Pattern Boldness Glitter Food and one coat of Rica Glossy Glam topcoat. 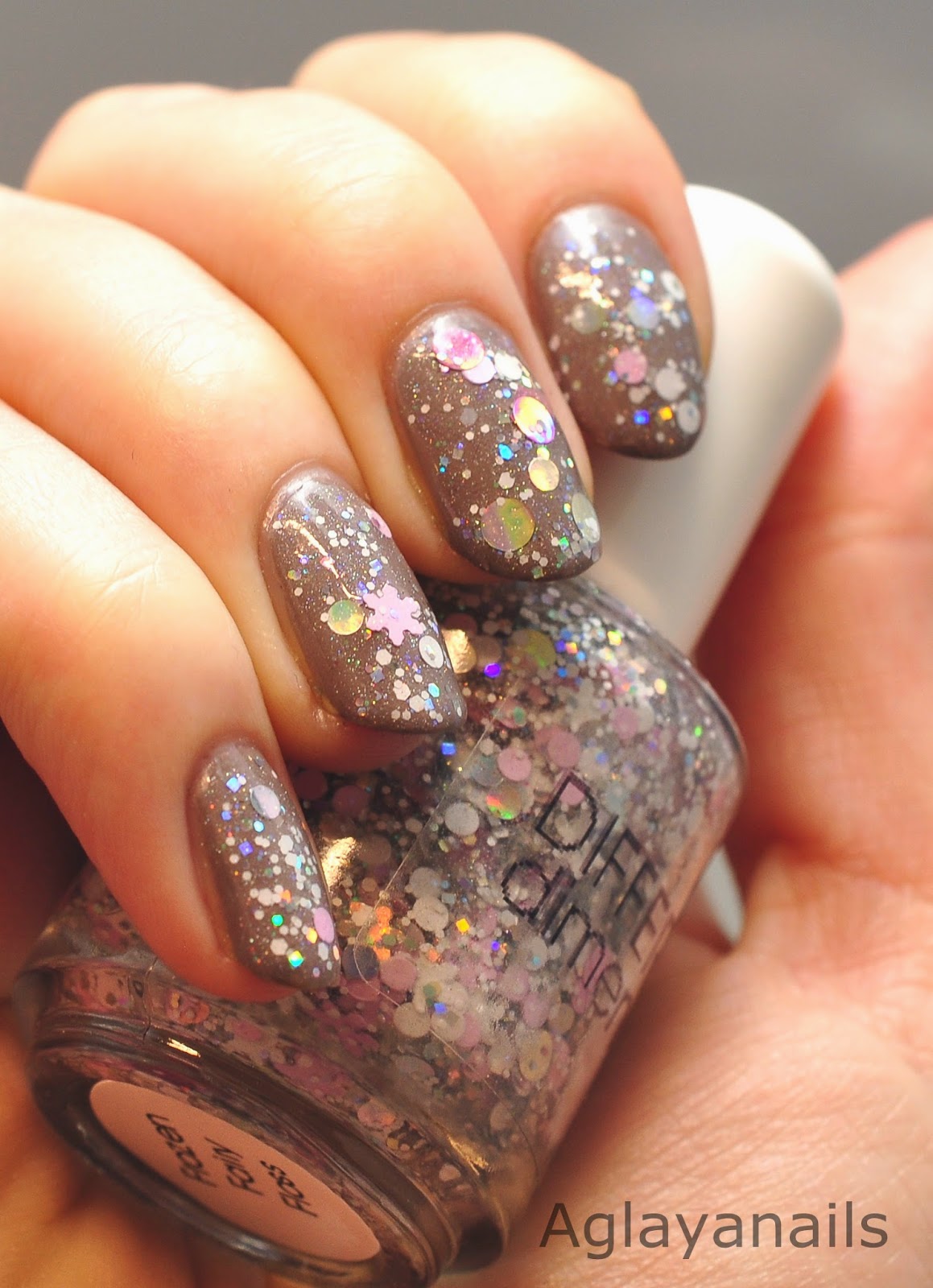 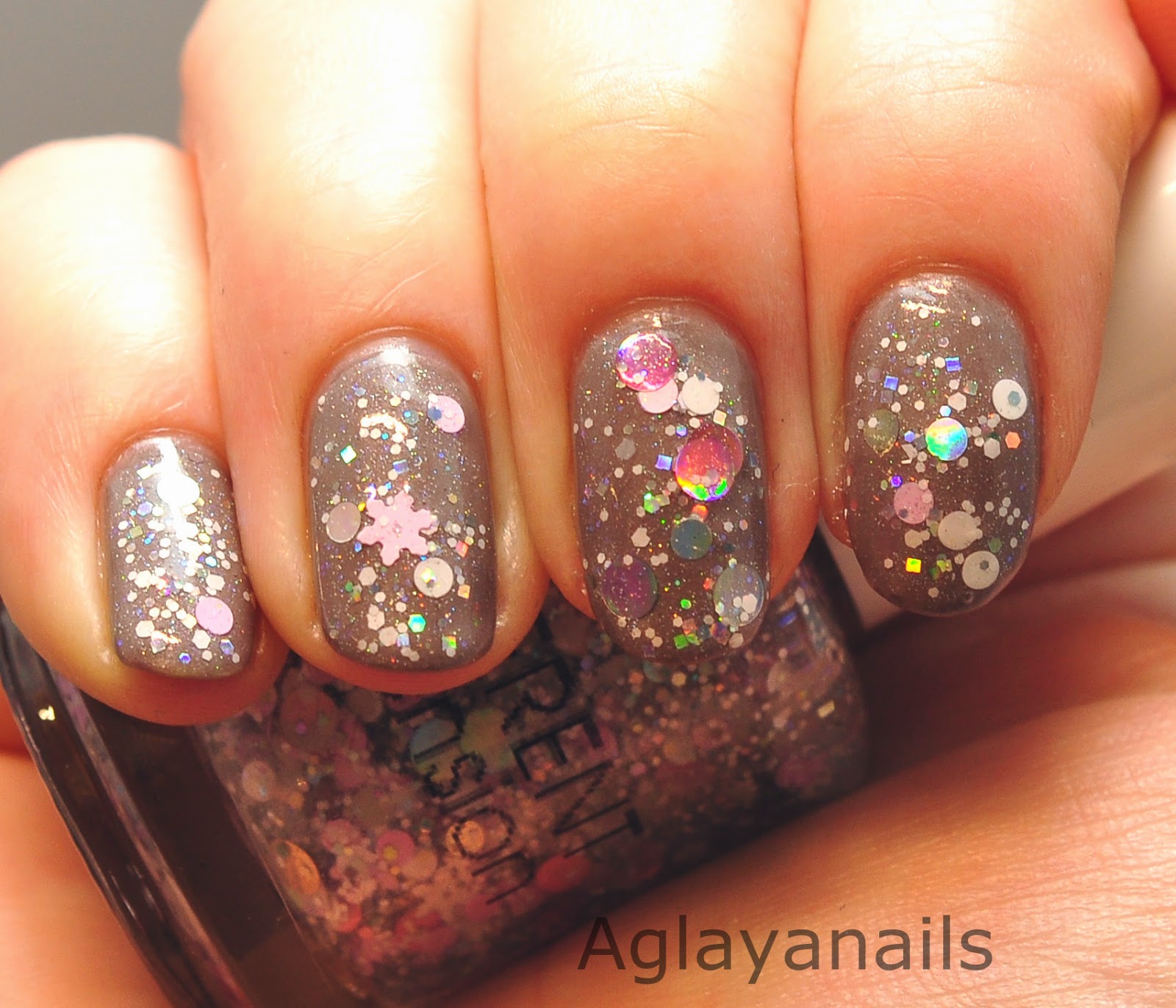 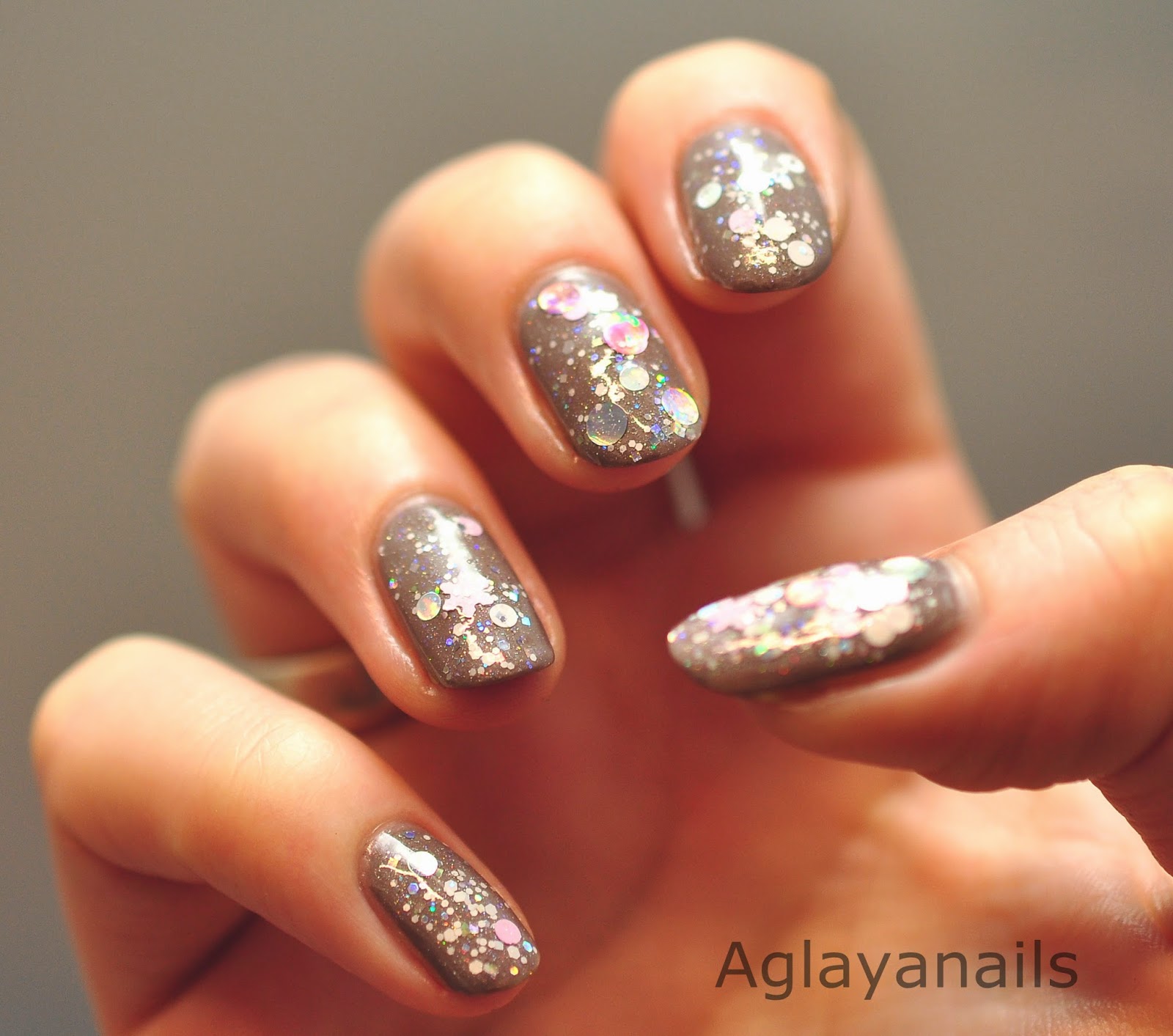 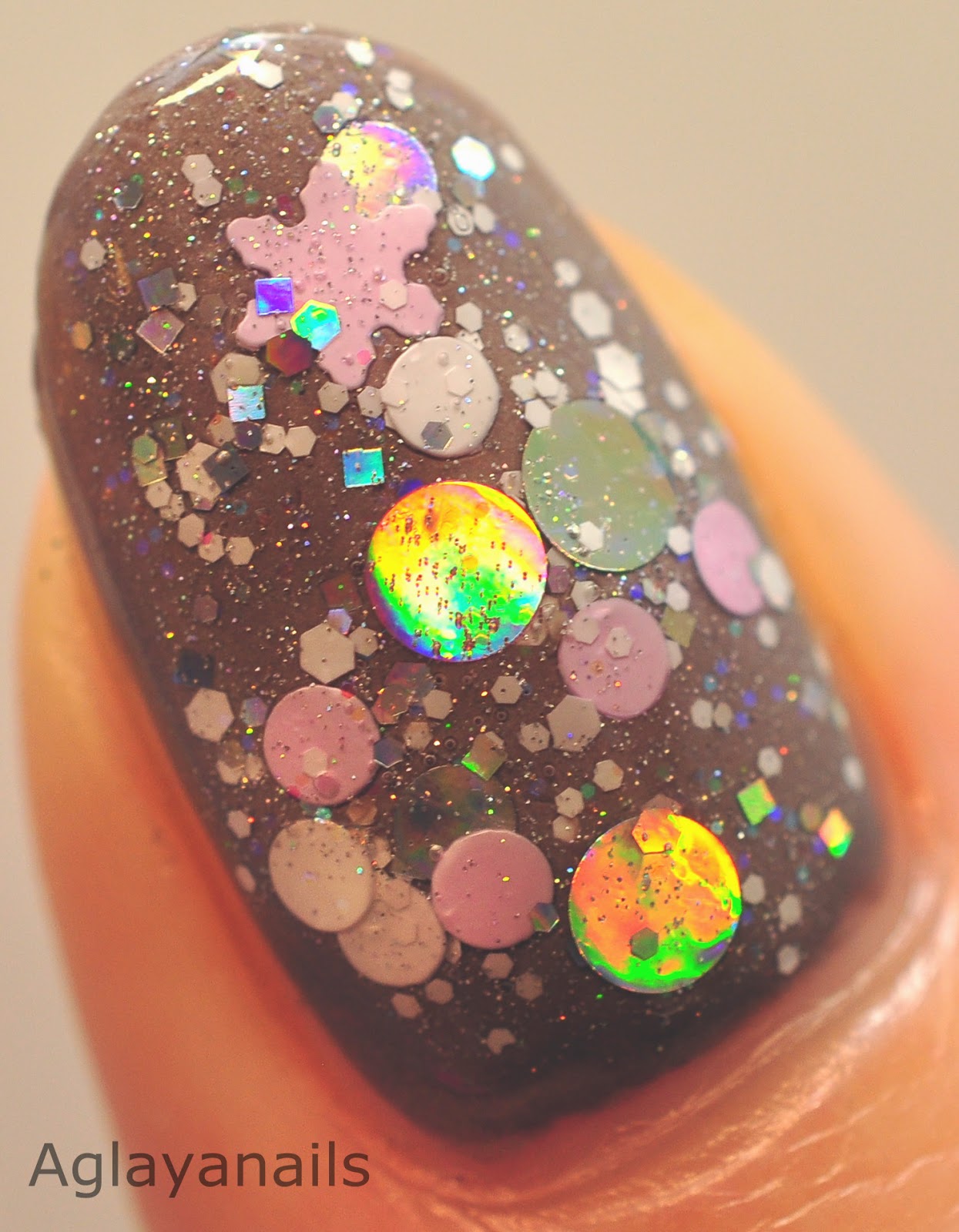 Different Dimension polishes can be found on Etsy, at Mei Mei's Signatures or at Llarowe. Frozen Fairy Floss is exclusive to thejanuary "A Box, Indied". The box with five polishes is available at Llarowe as a one month only box or as subscription (50$ per box).