The Locket And The Diadem 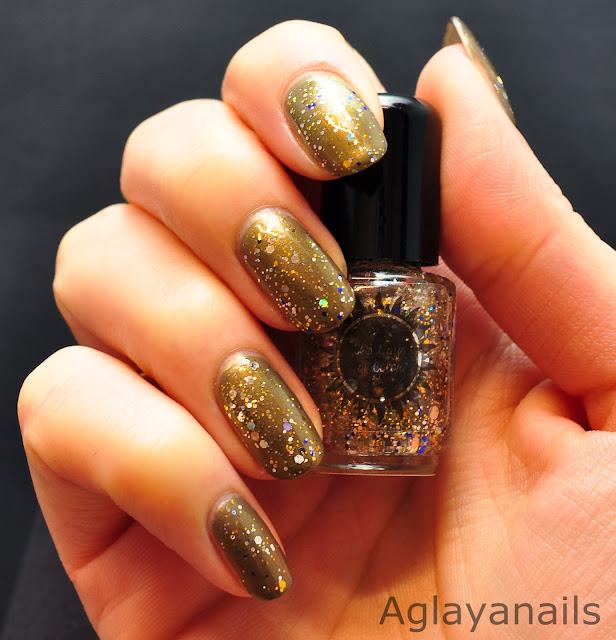 For today's mani I used two polishes of 365 Days Of Color's Harry Potter themed Horcrux Collection. I only started reading Harry Potter when the fourth volume (Harry Potter And The Goblet Of Fire) was published in german, a couple of months before the premiere of the first movie in 2001 (wow, was that really 12 years ago?). But I got caught instantly and have read all seven books several times. But I guess, there's no use in recommending the books: if you're interested in reading fantasy books, I'm sure you've read them already, and if you're not - well, your not. 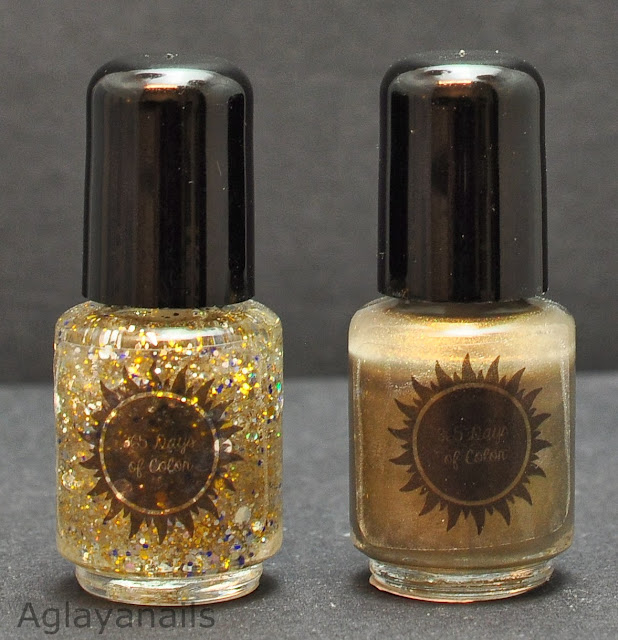 As base color I used The Locket, a gold toned olive green shimmer. The Locket is named after Slalazar Slytherin's locket, the fourth Horcrux, and as it's called after a Slytherin object, of course it has to be green. The polish is quite sheer, three coats were just about enough for opacity. I had no issues with application and the polish dried rather quickly. 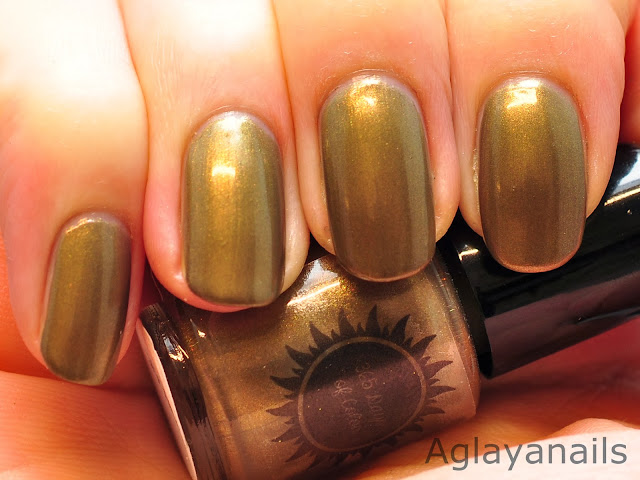 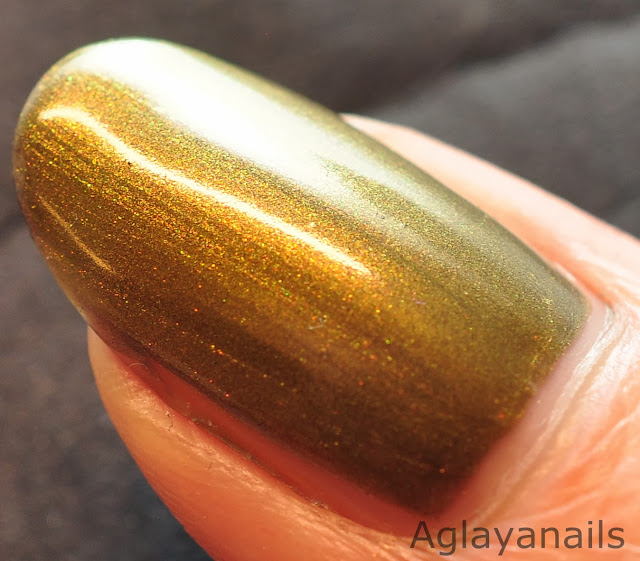 On top of The Locket, I dabbed one coat of The Diadem, a clear polish with small silver, gold and blue hexes, medium hexes in silver and silver holographic, and silver circles. The Diadem is named after the fifth Horcrux, Rowena Ravenclaw's diadem. 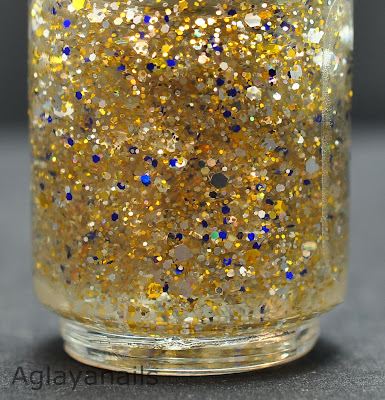 The circles didn't come out of the bootle too easily, I only got out two (one on the right and one on the left hand), but other than that, application of The Diadem gave me no problems. It isn't really gritty, so one coat of KBShimmer Clearly On Top topcoat was enough for a smooth finish. 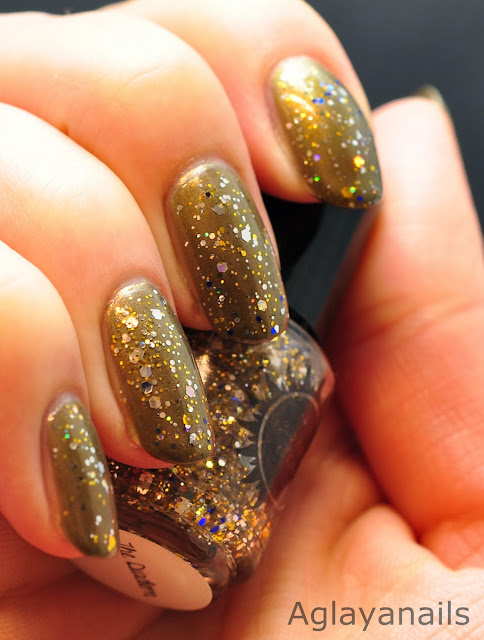 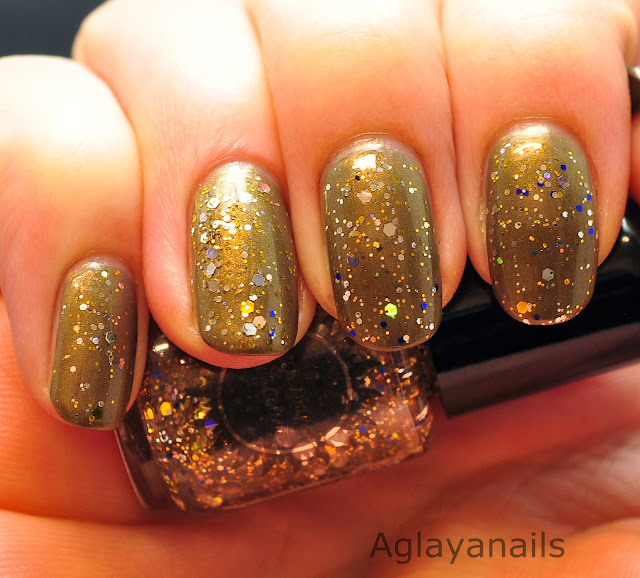 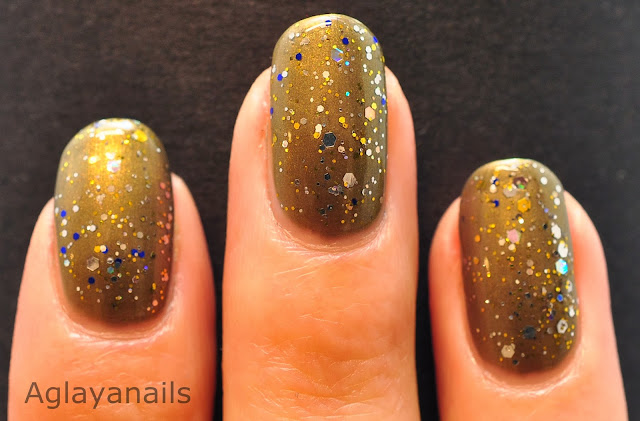 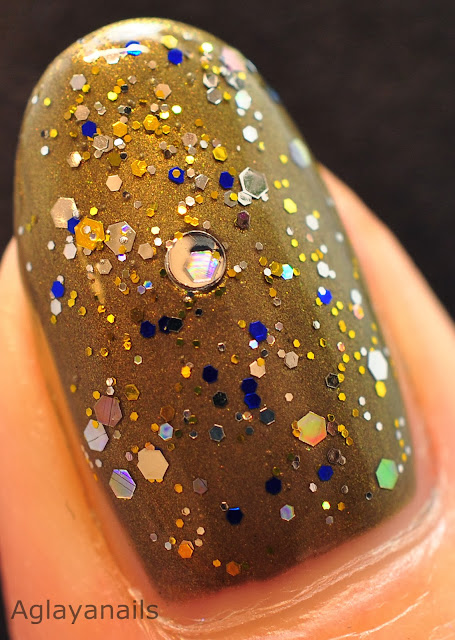 365 Days Of Color polishes can be bought at their own store and on Storenvy.

Email ThisBlogThis!Share to TwitterShare to FacebookShare to Pinterest
Labels: 365 Days Of Color, Indie