Never Grow Up On Avenue Maintain 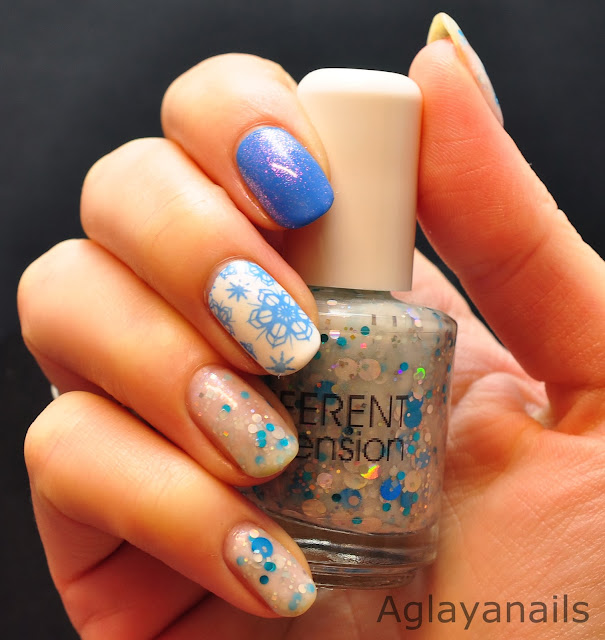 We haven't had any snowfall for a couple of weeks now, but the cold makes it clear it really is winter. So I decided the wear the snow on the nails instead :-) 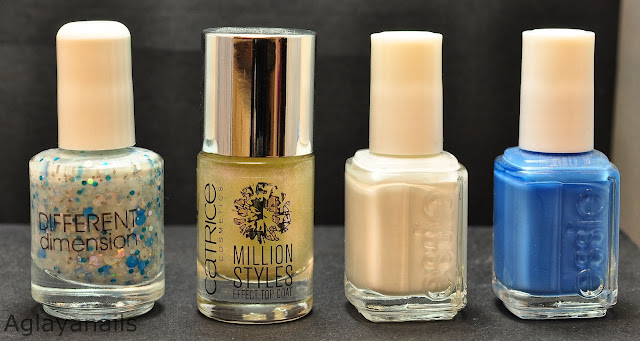 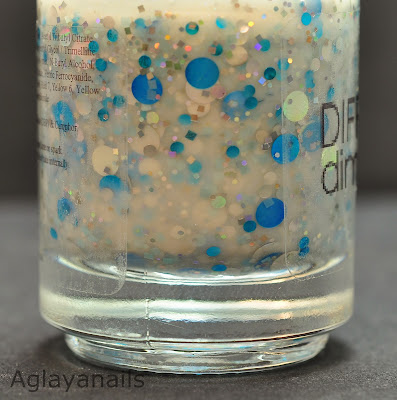 There are a lot of blue flakies, too, that give the milky white base a gorgeous shimmer. Never Grow Up is pretty sheer, the three coats I used were medium to thick, and it was still quite squishy. So if you want an opaque look, you better layer this one over a white creme. 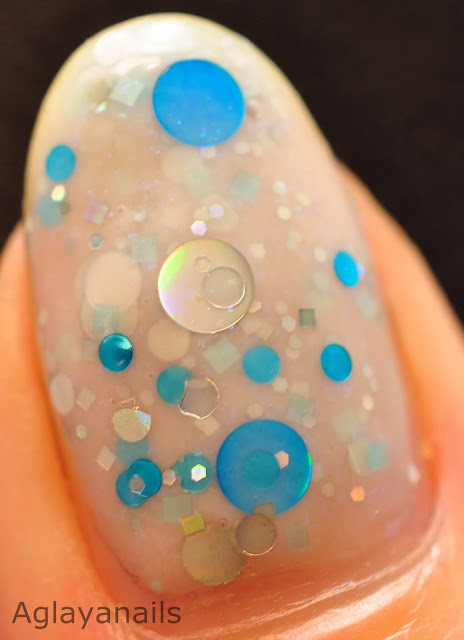 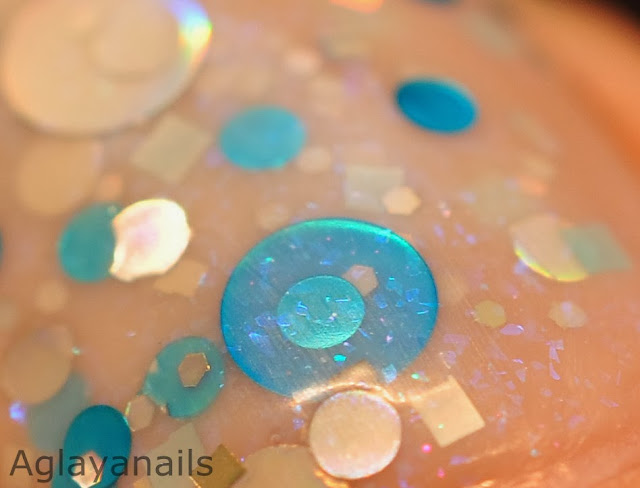 My middle finger shows two coats of Essie Blanc, a simple white creme, topped with one coat of Catrice Holo Qué Tal? (Million Styles Limited Edition). Despite the name, Holo Qué Tal? isn't a holo polish, but a clear base filled with pink and blue flakies (the pink ones are more obvious). Then I added some snow flakes using Essie Avenue Maintain and Bundle MOnster plate BM-323. 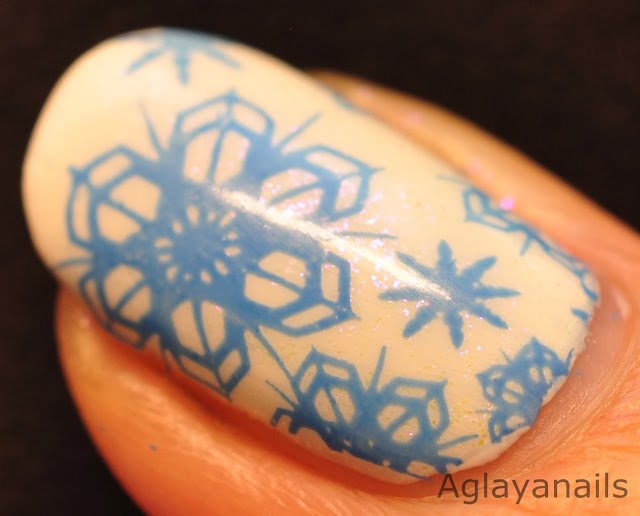 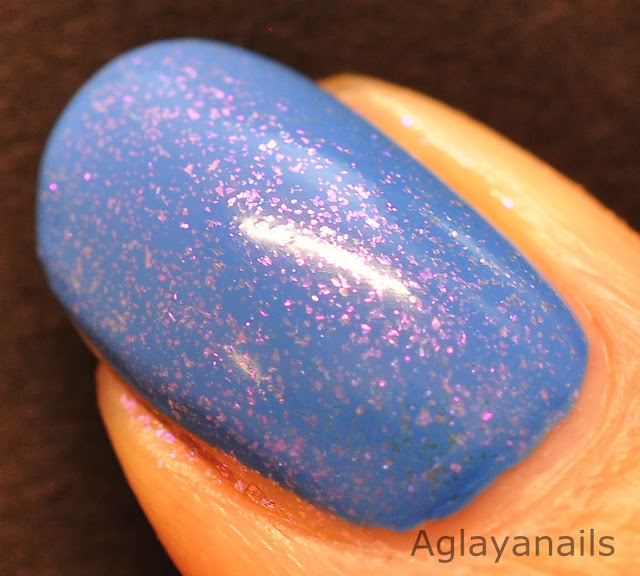 I topped the whole mani with KBShimmer Clearly On Top topcoat, one coat over middle and index finger, two coats over the other ones. 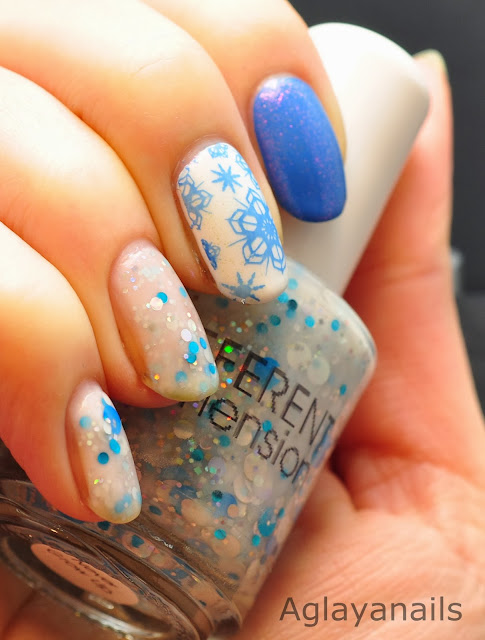 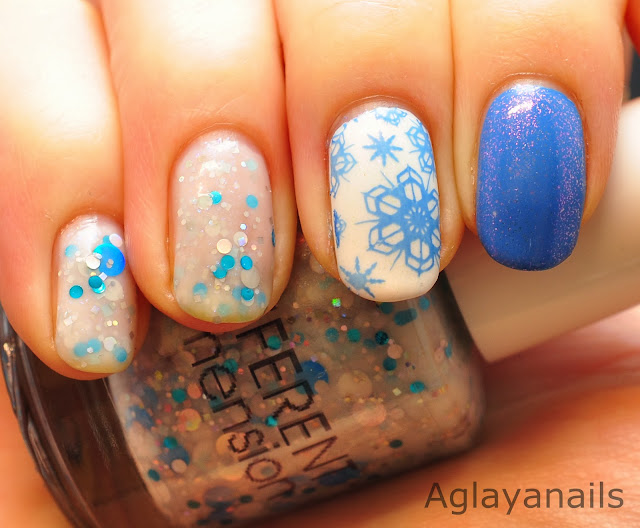 Different Dimension polishes can be found on Etsy, at Mei Mei's Signatures or at Llarowe.