A Klingon on Baker Street 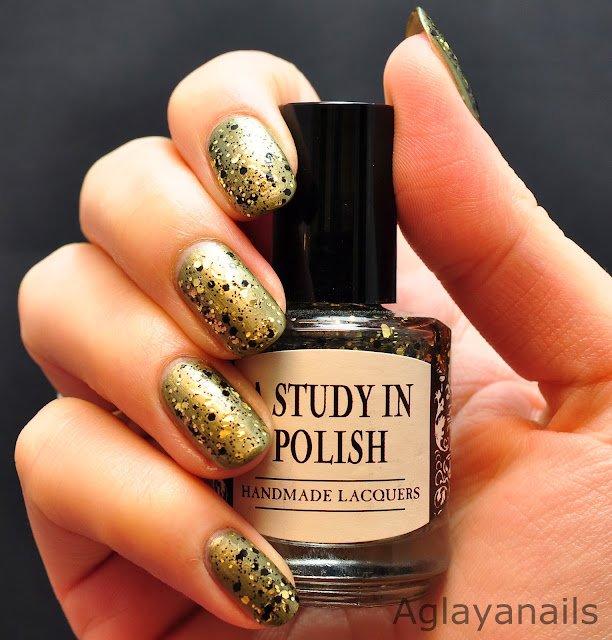 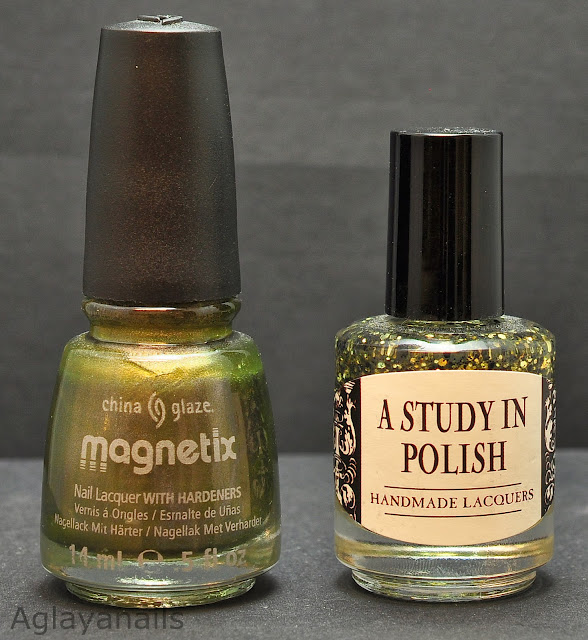 As base color I used three coats of China Glaze Cling On (I prefer the name Klingon ;-)  ), a gold toned olive green shimmer. Cling On is acutally a magnetic polish, but I didn't buy it for the magnetic effect, but because I thought it would be great for stamping, as most magnetic polishes are very well pigmented. Well, not this one: like I mentioned, I needed three coats to get it opaque, and it was slightly brush-strokey (it was less visible irl). 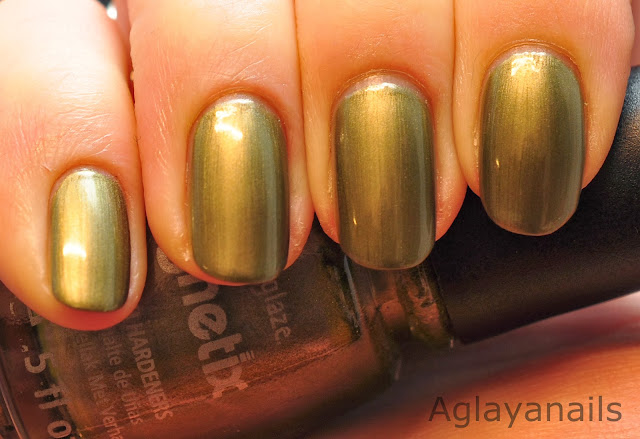 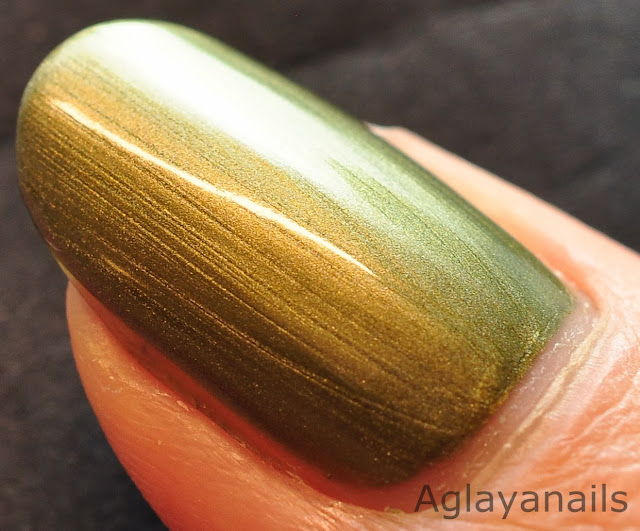 On top of Cling On I dabbed one coat of A Study In Polish 221B, a clear base with black and gold hexes in various sizes plus some small matte black squares. 221B is the house number on Baker Street, where Sherlock Holmes lives together with Dr.  Watson, this polish is, of course, part of the A Study In Polish Sherlock Collection. 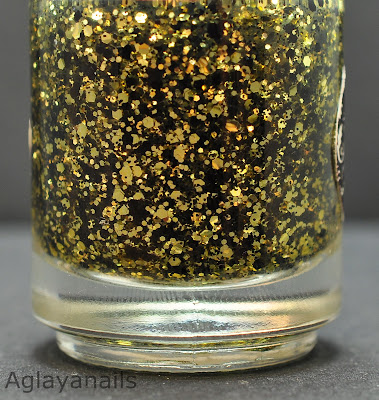 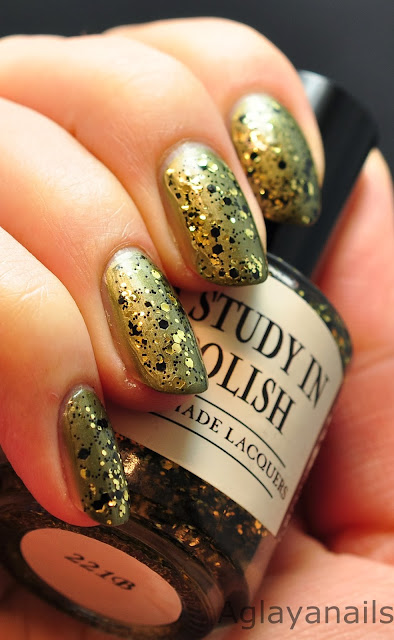 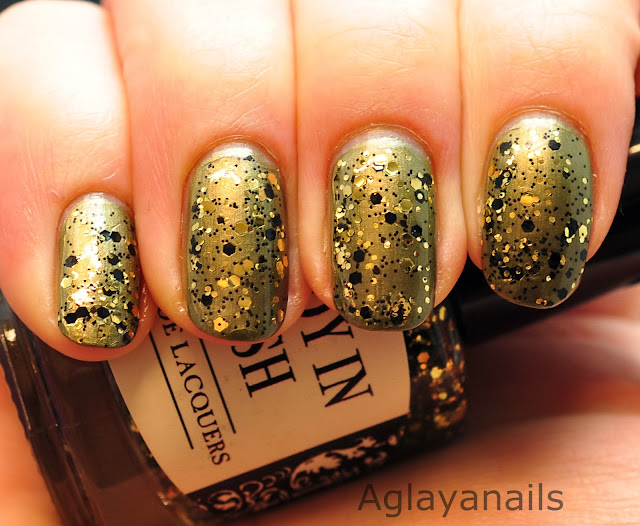 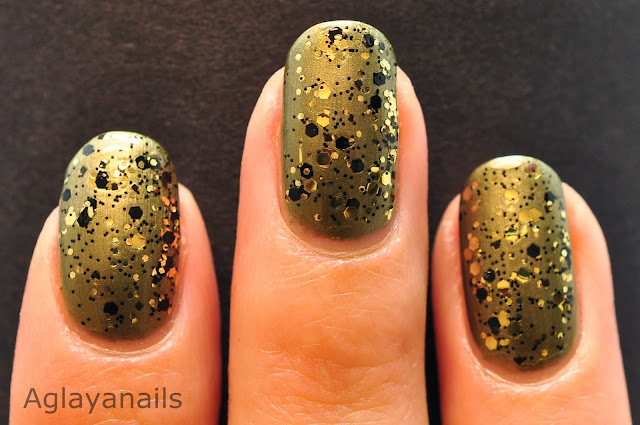 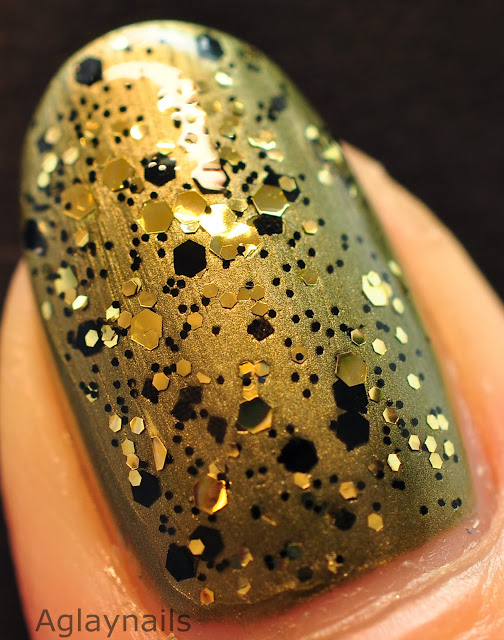 Email ThisBlogThis!Share to TwitterShare to FacebookShare to Pinterest
Labels: A Study In Polish, China Glaze, Indie