Behead The Dream Bough With A Green Flash 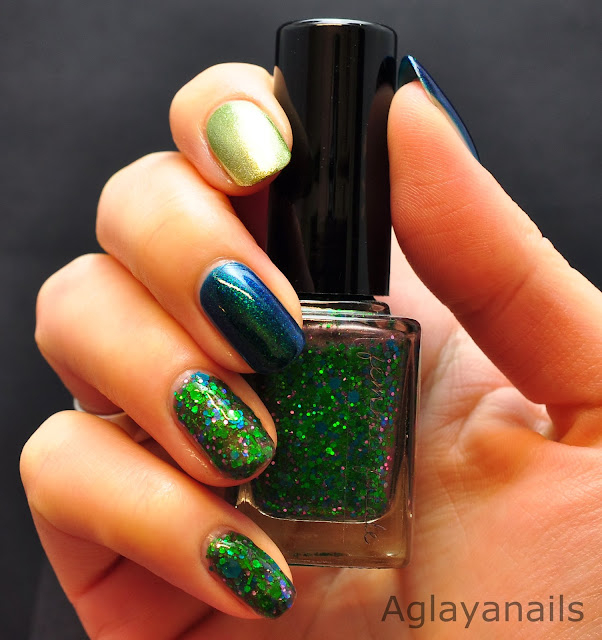 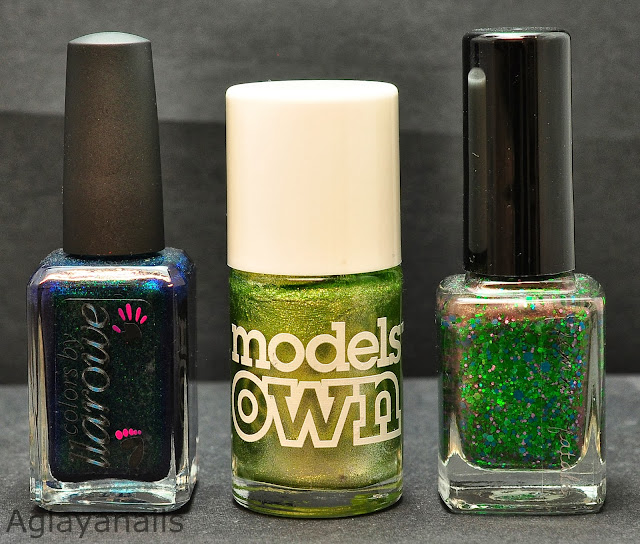 My pinkie and ring finger show three coats of Femme Fatale Dream Bough. Dream Bough has "A sheer bruise-purple base with green shimmers, various green/teal hexes, iridescence and a scattering of lavender. Suitable for layering rather than wearing alone."
(Source: Femme Fatale) 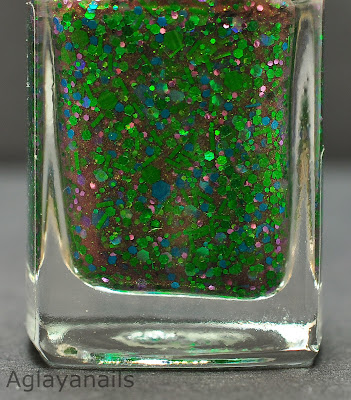 Wearing Dream Bough on it's own works pretty ok, as it's really packed with glitters, so the sheer base isn't really visible after three coats. For layering I'd recommend a dark base color, as the tinted base is pretty dark itself. Due to the huge amount of glitter, Dream Bough dries very gritty, the surface still felt kind of rough after one coat of Nail Pattern Boldness Glitter Food and one coat of KBShimmer Clearly On Top. 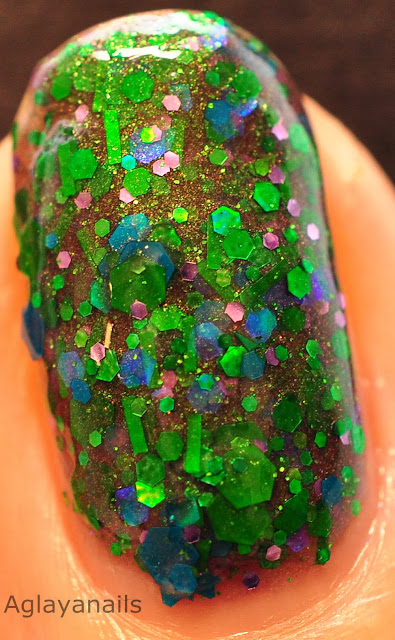 On my middle finger and thumb I applied Colors By Llarowe Behead The Drama Queen, a shimmering, sparkly duochrome shifting from emerald green to royal blue. The green part was really camera shy, my pictures show mostly blue with just some green sparkles. IRL it was the other way round, mostly green with the blue only visible at flat angles.

Application of Behead The Drama Queen was perfect, two easy coats, no clean up needed, that's how I want my polishes. One coat of KBshimmer Clearly On Top helped with drying time and shine (not that it was really necessary, though). 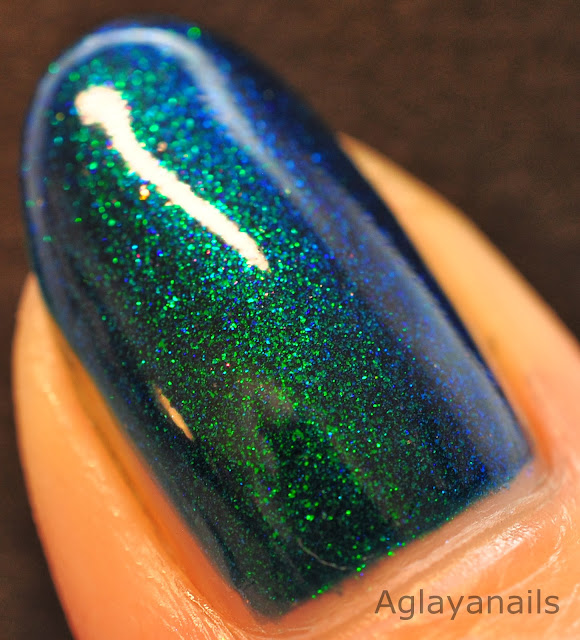 On my ring finger I added three coats of Models Own Green Flash, a bright lime green foil. No issues with application here either. On coat of KBShimmer Clearly On Top here as well. 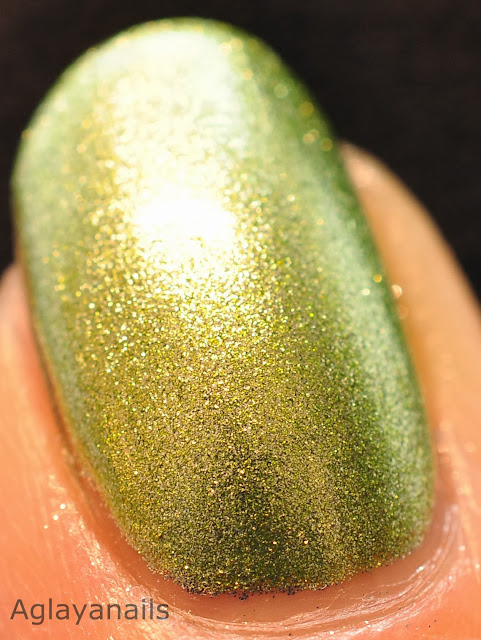 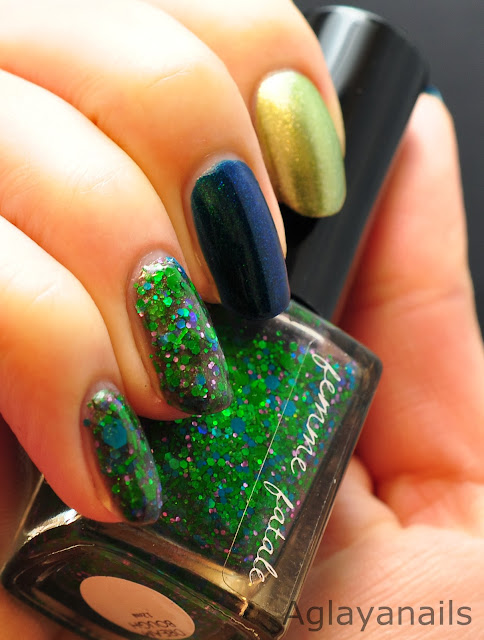 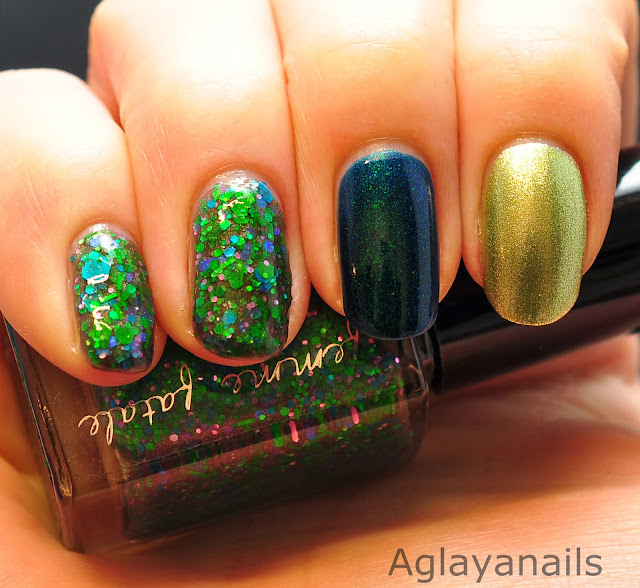 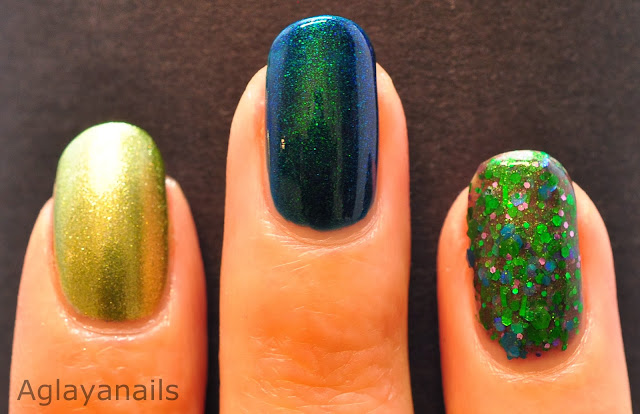 Femme Fatale polishes are available at their shop (new with international shipping), Harlow & Co. , Norway Nails  and Color4Nails. Dream Bough is discontinued, but maybe you're lucky and get one of the last bottles at the Femme Fatale Shop.


Colors By Llarowe are available exclusively at Llarowe. Behead The Drama Queen seems to be discontinued, but there are so many gorgous colors, I'm sure you'll find something else that catches your eye.