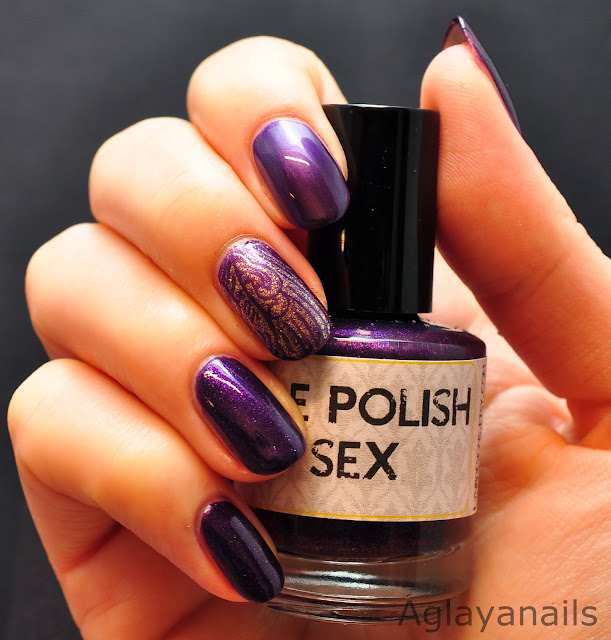 Now that the BBC has finally announced when they're going to air the third season of Sherlock, I have decided to wear some Sherlock polishes to shorten the time till january first. 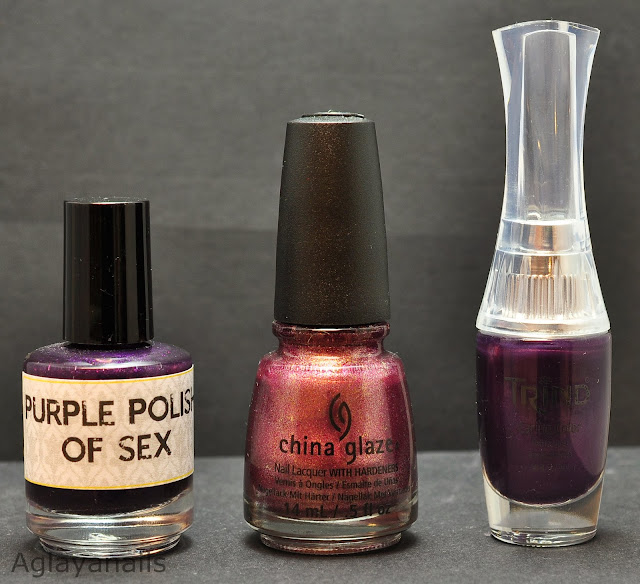 As base, I used Trind CC123 on all my fingers. CC123 is a purple shimmer I bought during my stay in Oslo. Nice, but nothing really special. It's pretty sheer, I used two thick coats on most of my fingers, but on my index, where I was wearing it alone, I added a third. 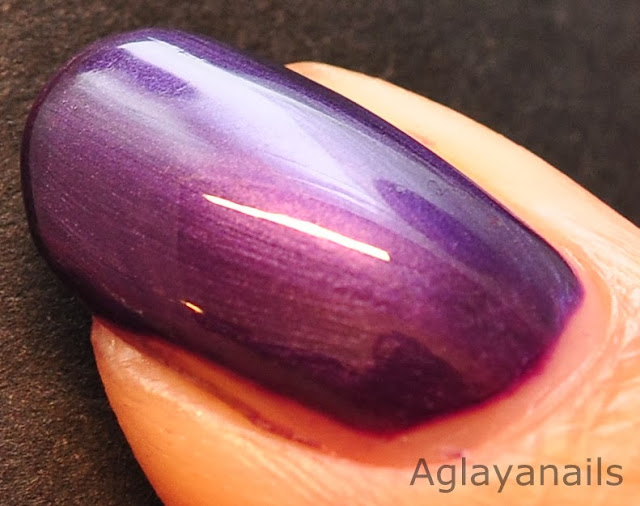 On my pinkie, ring finger and thumb I layered two coats of LynBDesigns Purple Polish Of Sex over CC123. Purple Polish Of Sex has a sheer blackened base with lots of pink and blue flakes that give it an intense purple shimmer. PPOS is of course named after Sherlock's famous "purple shirt of sex", that has, as Google told me, various Facebook accounts ;-) 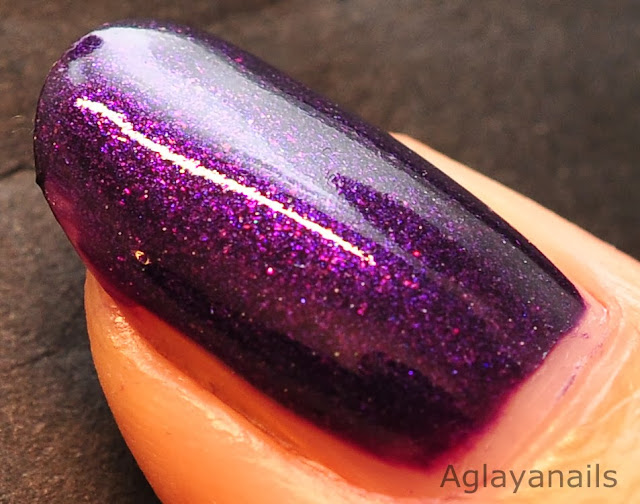 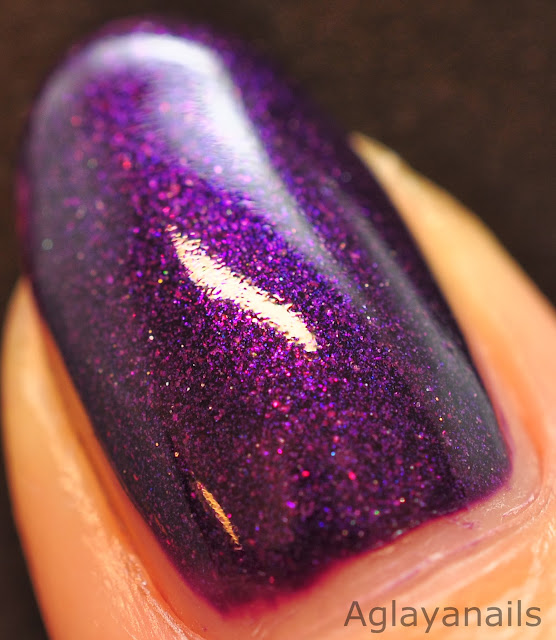 And finally, on my middle finger, I used China Glaze Strike Up A Cosmo, a rose gold foil, and MoYou Suki Collection plate 06 to add a stamping. One coat of KBShimmer Clearly On Top topcoat over all nails finished this mani. 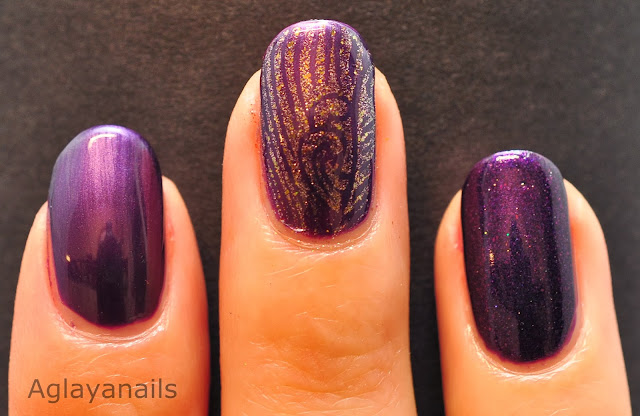 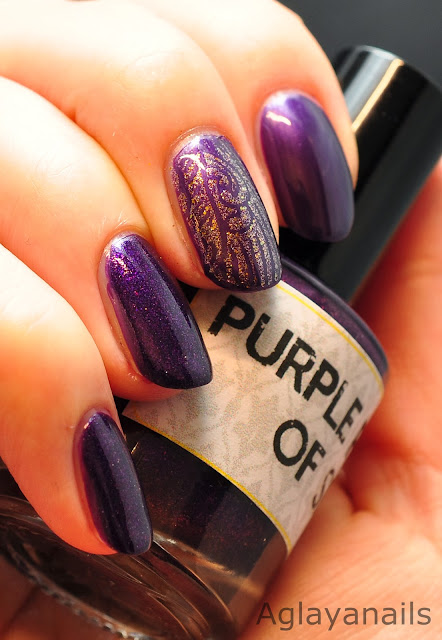 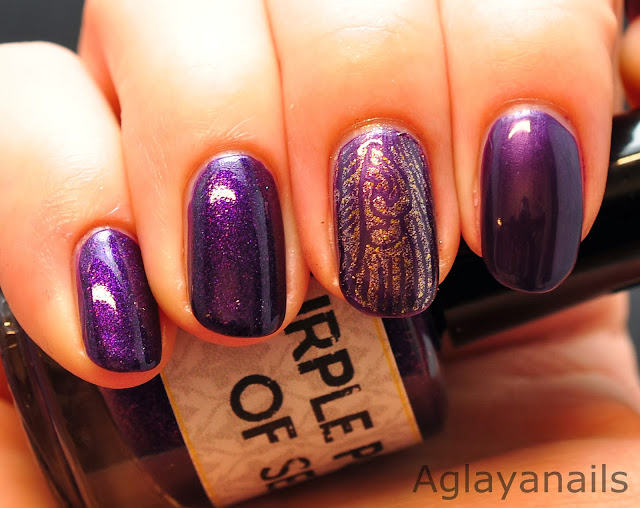 LynBDesigns polished are available on Etsy. Apparently, there's a new, revamped version of Purple Polish Of Sex  (I'm pretty sure I've got the old one), but it's gorgeous, too.