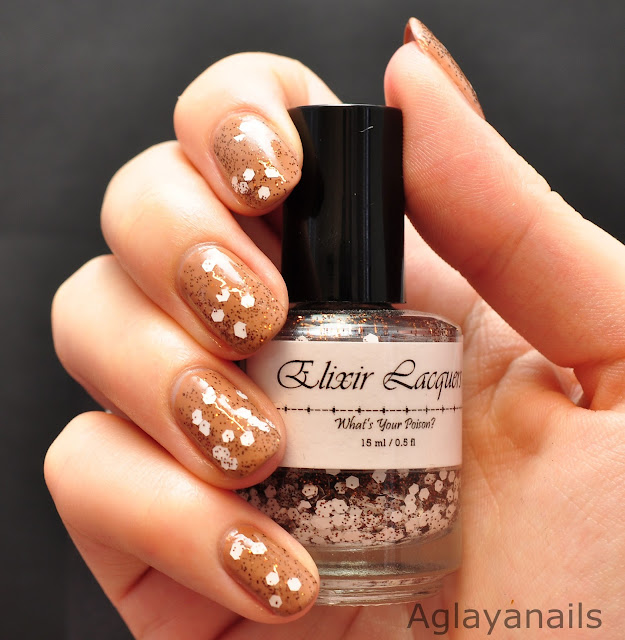 This is the mani I wore for my godson's birthday party (most un-birthday-y mani ever ;-)  ) and I let my boyfriend pick the polishes. I just told him it should match my skirt, and this is what he chose: 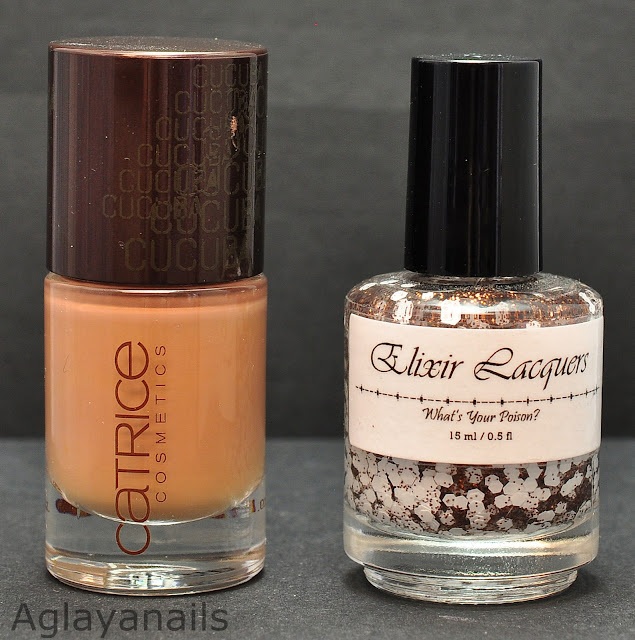 I started with Catrice Havana Drum (Cucuba Limited Edition), a caramel/nougat brown creme. Havana Drum was pretty sheer, I used three coats and probably could have gone for a fourth. 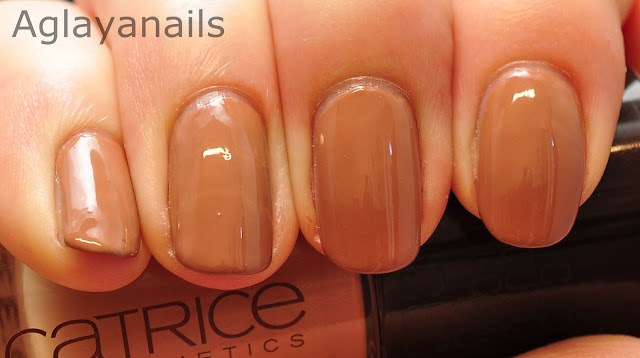 On top of Havana Drum I added one coat of Elixir Lacquers Spotted & Splotched, a clear base with brown microglitter (they look like brown sugar in my eyes) and medium white hexes.Spotted & Splotched is part of Elixir Lacquer's Lov-a Bully Collection, so 10% of the prize of each sold bottle will be donated to the Atlanta Bully Rescue. I'm honestly not really into bullies (the dogs, can't stand the human kind), but as I love dogs in general, I love the idea of supporting an animal shelter by buying polish. 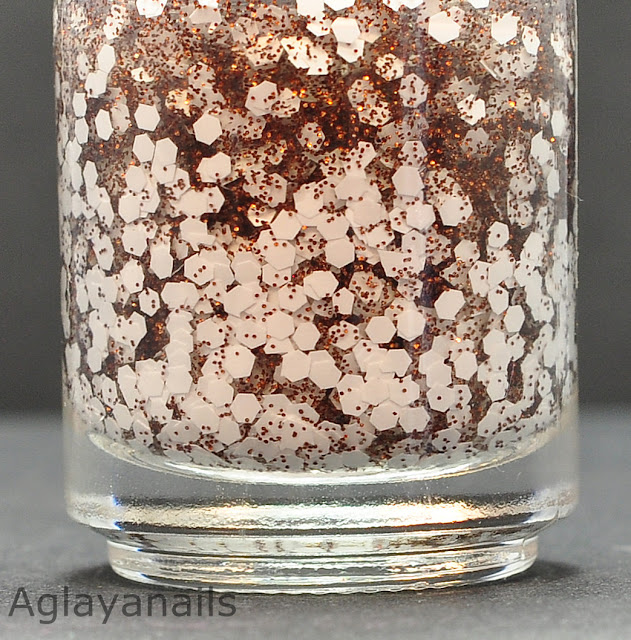 Elixir Lacquers uses a base a little thinner than I like, so spreading the glitters can be a little difficult. The glitters tend to glide to the sides of the nails like you can see on my index finger. The white hexes tend to sink down at the bottle ground, but I stored the bottle upside-down for about half an hour before using it, so they came out quite easy.Spotted & Splotched dieed quite smooth, so I only used one coat of Essence Better Than Gel Nails Top Sealer for a glassy finish. 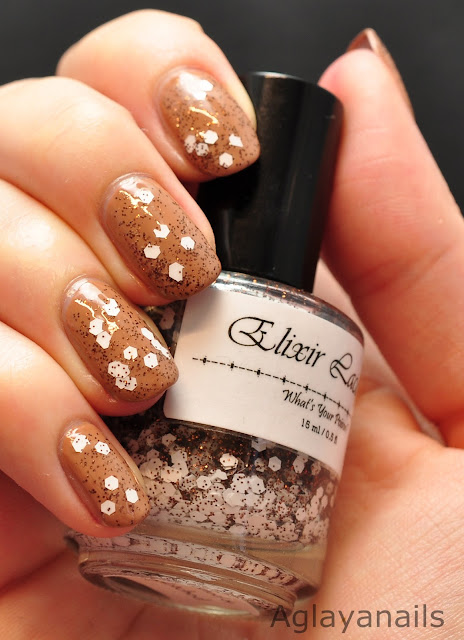 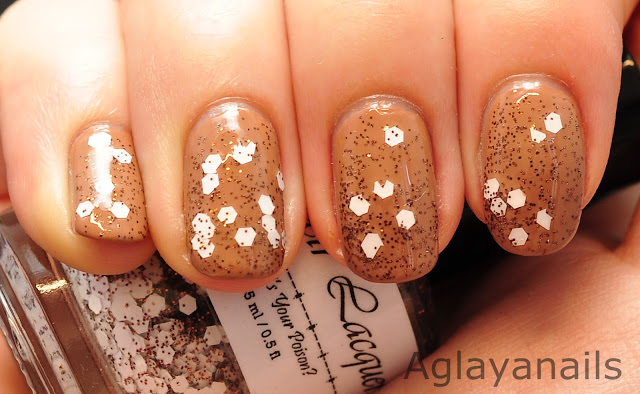 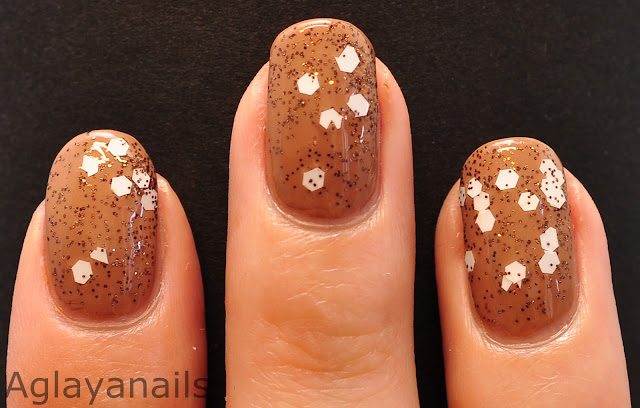 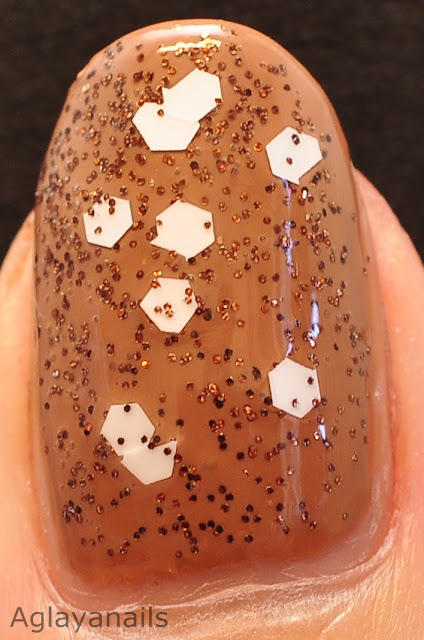 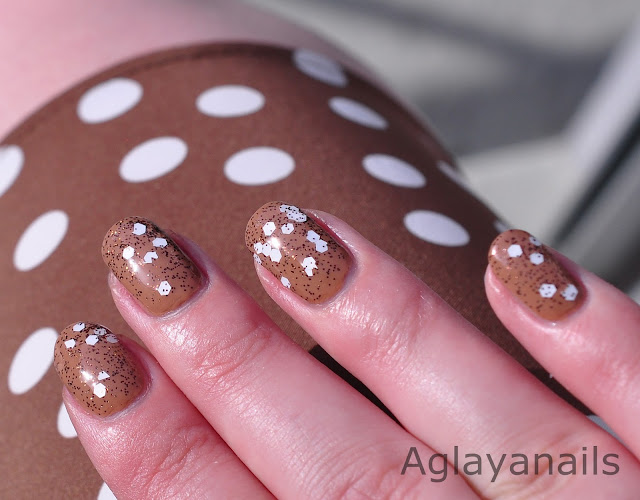 Elixir Lacquers are available on their homepage.