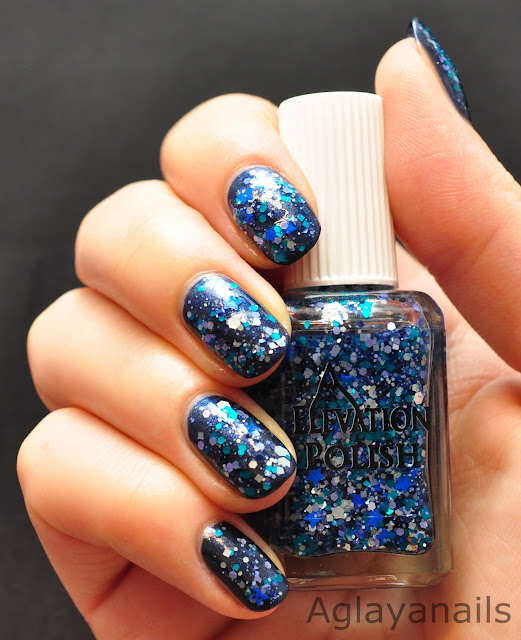 Today I have my first Elevation Polish to show you. I was lemming this brand for a while, but in the past, they always restocked in the middle of the night (for us europeans), so I had no chance to get anything. But now they started an american afternoon / european evening restock, plus Llarowe also carries this brand, so I finally got my polishes ;-) 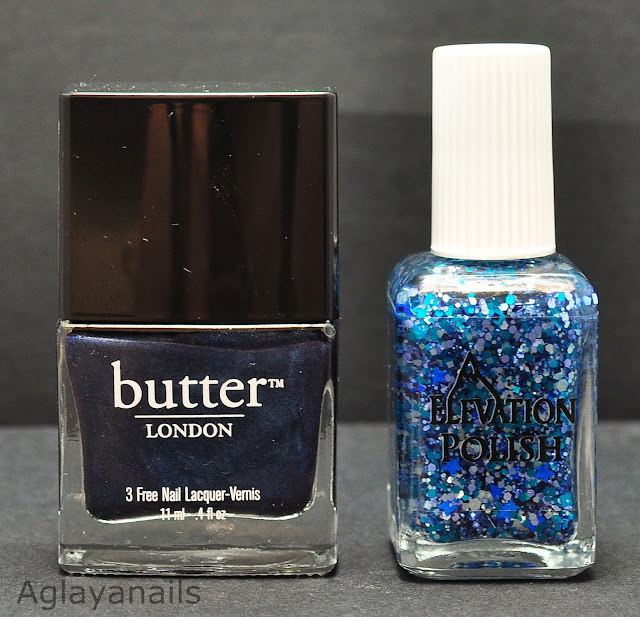 As base color I used Butter London Big Smoke, a dusty navy polish with a sapphire shimmer. The color is a little less vibrant than the pictures show, it looks more like it does in the bottle shot, with slight grey untertones. I used three thin coats for opacity. 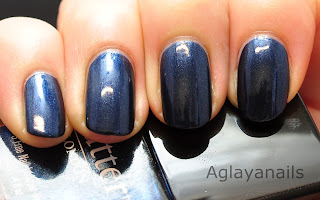 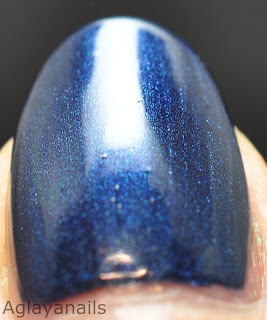 Then I added one coat of Elevation Polish Lake Achit. Lake Achit has a clear base filled with white, periwinkle, navy, blue and teal glitters in various sizes and forms, hexes, squares and even stars. Application was easy, no fishing for glitters needed, and only the biggest hexes and the stars needed some placing. 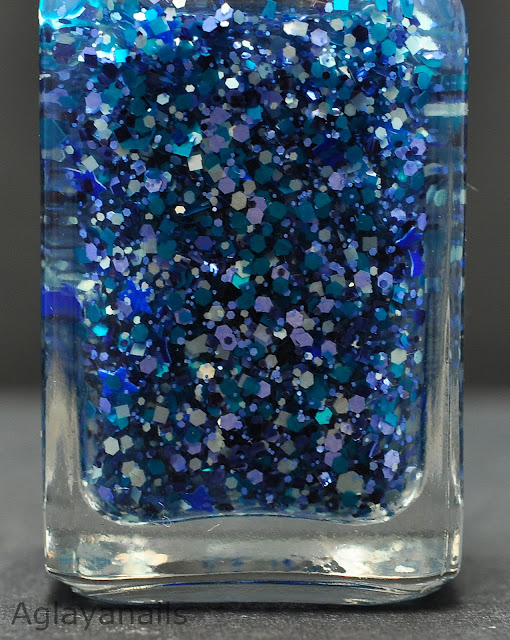 While most Elevation Polishes are named after mountains, this one is, obviously, named after a lake. Achit Lake is a large freshwater lake in the west of Mongolia (according to Wikipedia. I didn't know that :-p).

As Lake Achit dries pretty smooth, I added only one coat of Essence Better Than Gel Nails Top Sealer to finish. 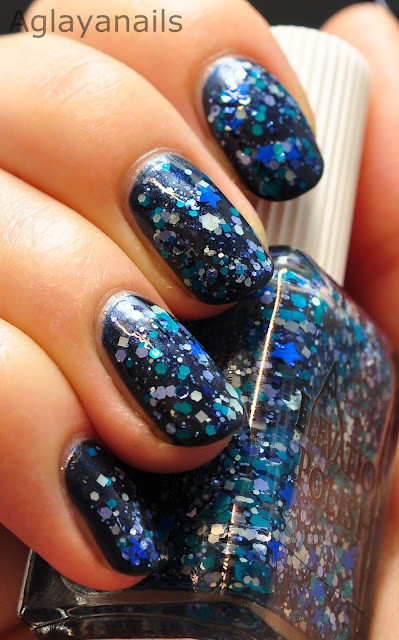 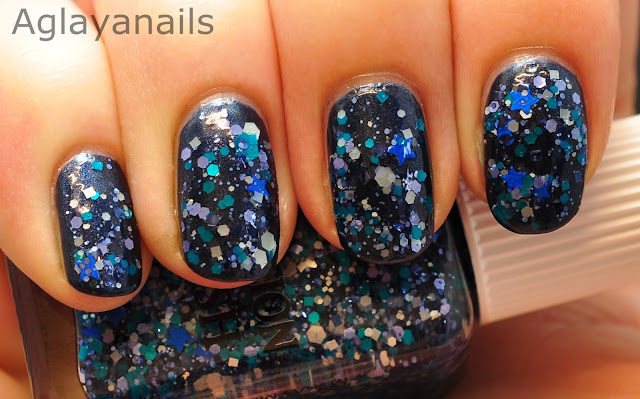 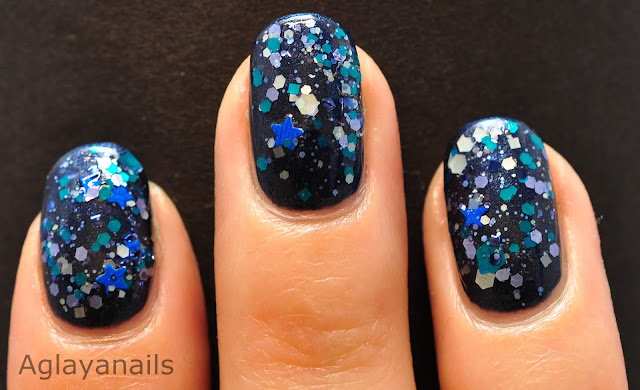 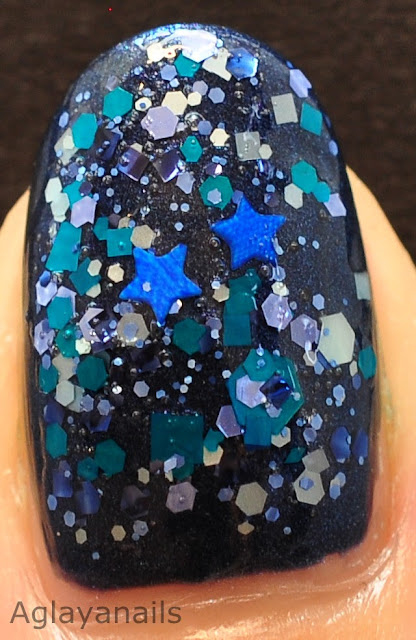 Elevation Polish are available at their own store and at Llarowe.