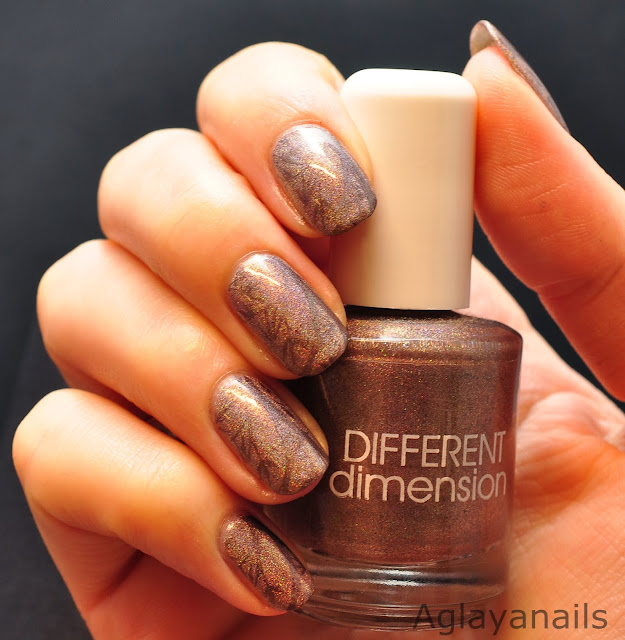 The next polish of november's A Box, Indied is Different Dimension aMAIZEing. 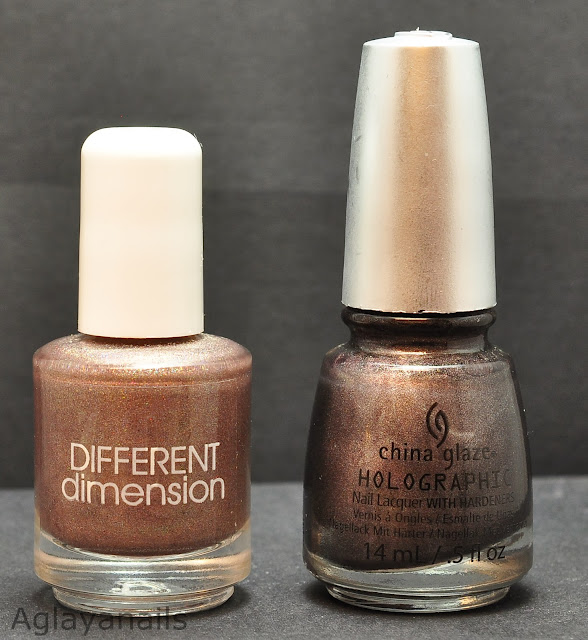 aMAIZEing is a sand colored linear holo. The holo particles are a little bigger, so the holo-effect isn't as extreme as some other holo polishes show, but the bigger particles make it even visible in bad lighting. aMAIZEing is, as most holos are, on the sheer side, I used three coats for opacity. Application was easy, I don't own a special holo basecoat like Aqua Base, and I had no issues with bald spots or whatsoever over my usual Essence basecoat (Studio Nails Ultra Repair). 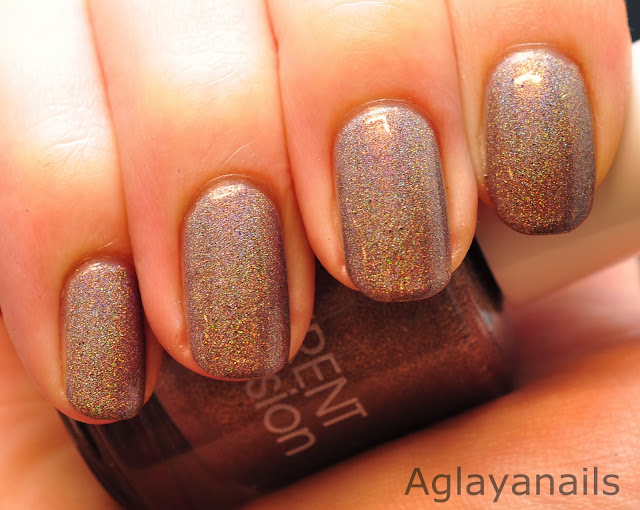 On top of aMAIZEing, is used China Glaze Galactic Grey, a brownish grey linear holo, and MoYou Suki Collection plate 06 to add a stamped bamboo pattern. For the glossy finish I added one coat of KBShimmer Clearly On Top topcoat. 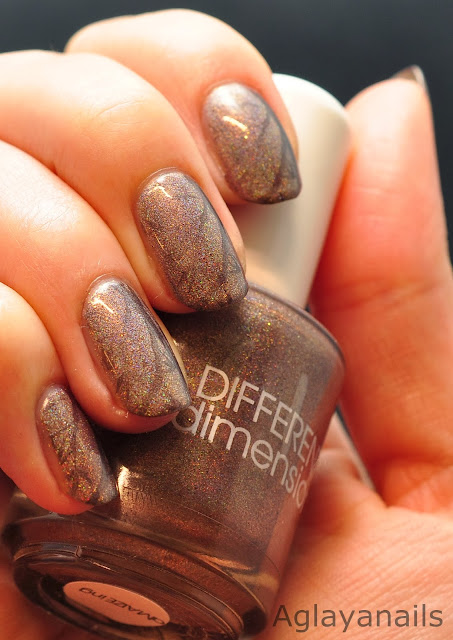 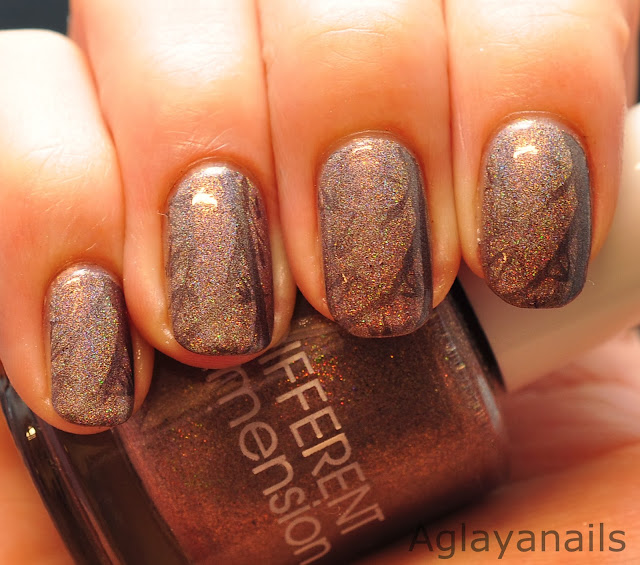 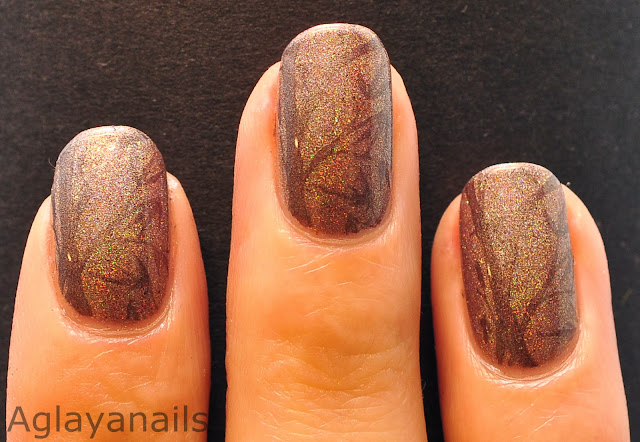 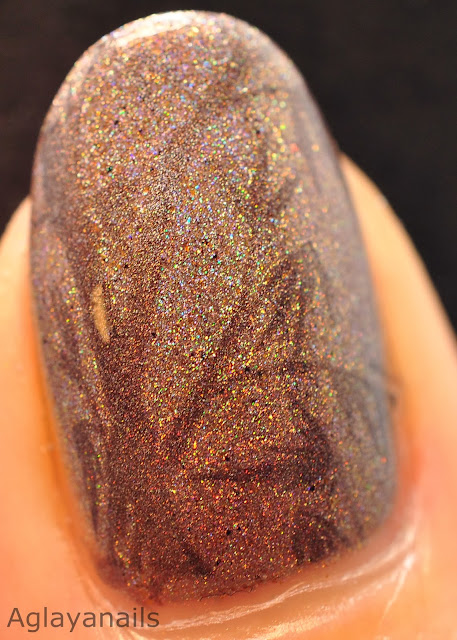 Different Dimension polishes can be found on Etsy, at Mei Mei's Signatures or at Llarowe. aMAIZEing is exclusive to the november "A Box, Indied". The box with five polishes is available at Llarowe as a one month only box or as subscription (50$ per box).