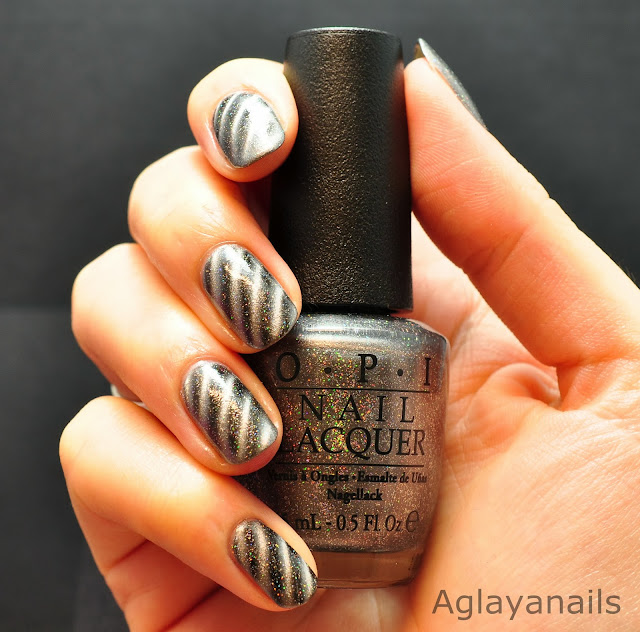 I'm not a huge fan of magnetic polishes, I do own a couple of them, but used them only for stampings, as the magnetic effect never really worked out. But as a huge James Bond fan, I just had to get one of OPI's Bond magnetic polishes. 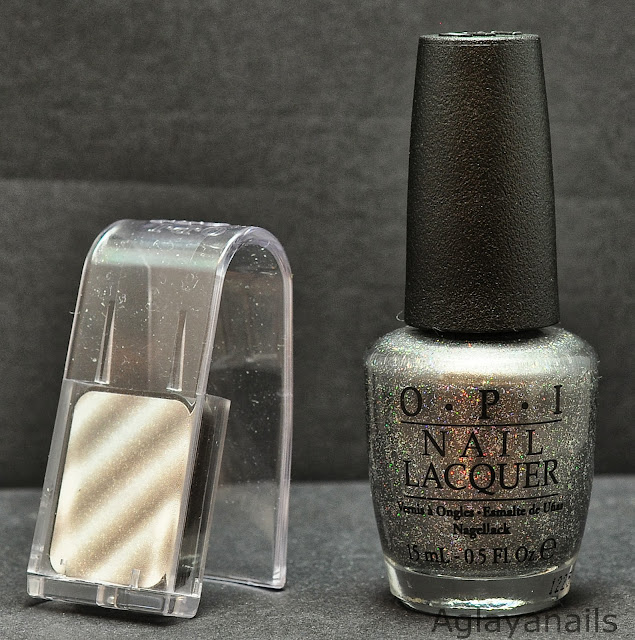 Is That Silva? is a medium silver-grey polish with tiny scattered holo glitters. It's surprisingly sheer (usually, magnetic polishes are very opaque), so I used three coats for opacity. I magnetized the third coat with the OPI magnet that came with the polish, and it worked very well. As you can see in the bottle shot, the magnet sits in a roughly U-shaped plastic form, where you can rest your finger on the lower part and just press the upper part down to your cuticle, so you won't touch the nail with the magnet. 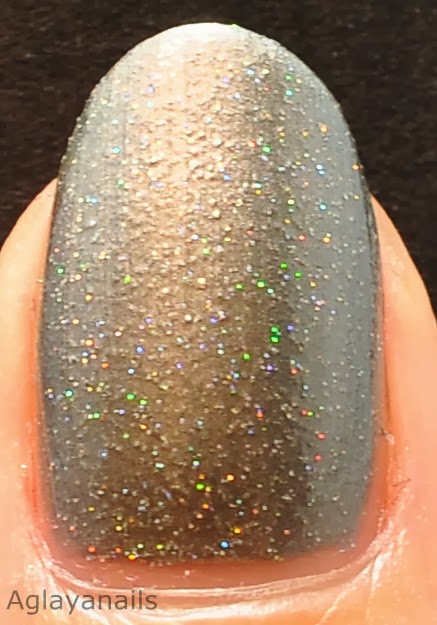 Is That Silva? turns a dark charcoal grey one magnetized, and the effect is evident. I took the pictures of my thumb right after magnetizing it, the others a little later. You can see that the silvery stripes are very narrow at the beginning, but get a little wider after the polish has dried. 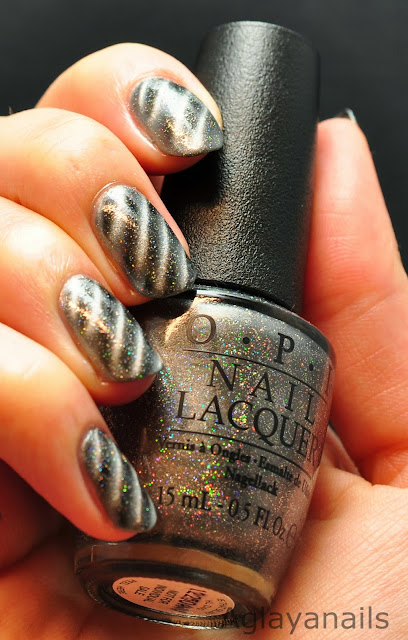 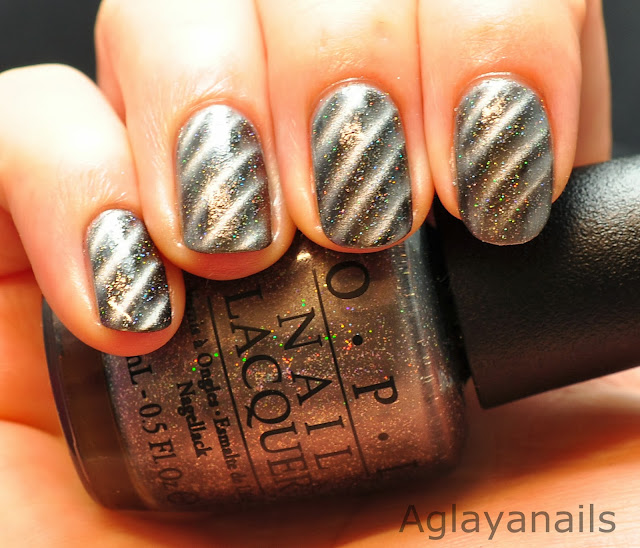 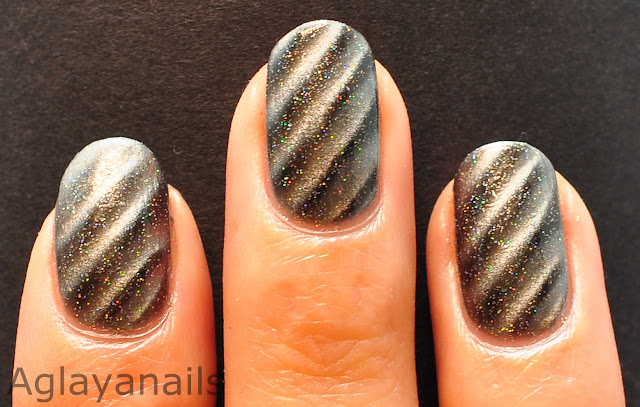 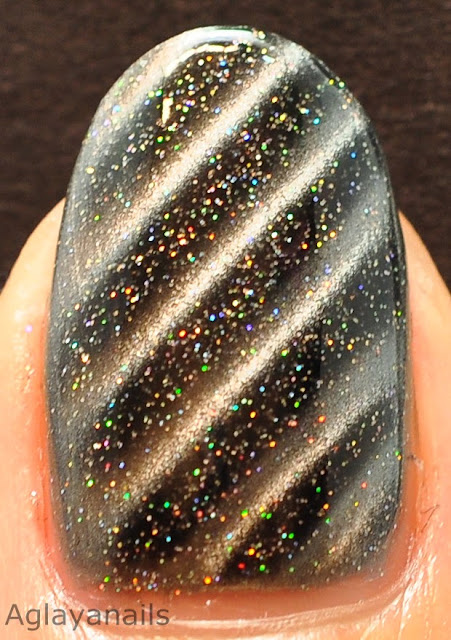 Email ThisBlogThis!Share to TwitterShare to FacebookShare to Pinterest
Labels: OPI