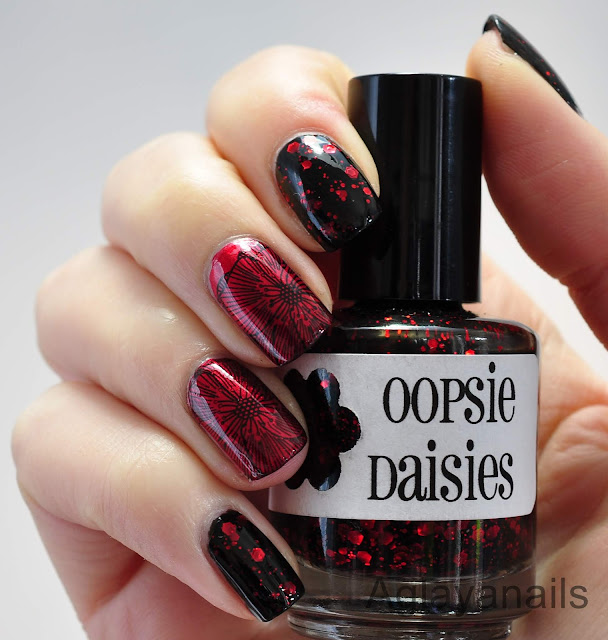 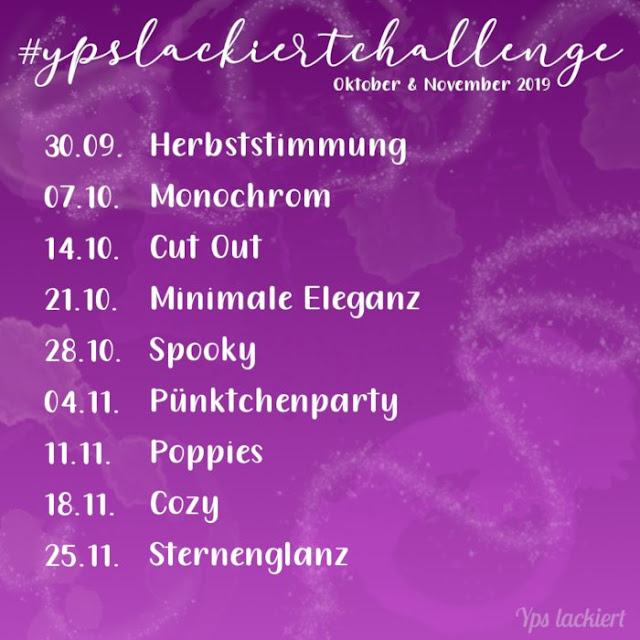 Today's Rememberance Day in the UK and the Commonwealth, so poppies are today's challenge theme. 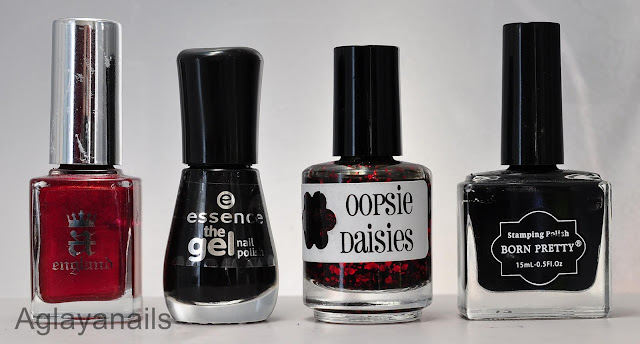 Rememberance Day is not celebrated where I live (in fact, today's marking the beginning of Carnival season...). No wonder, I'm Swiss and Switzerland has not been part of any war since 1847 (we had a short civil war called Sonderbundskrieg in November 1847). But that's no reason not to think about all the people who died in all the wars mankind started.

For my poppies, I used a color combo I already showed way back in 2012, so the two indie polishes I used are already seven years old (and still apply like butter)! The black based nails show two coats of Essence Black Is Back as base, plus one coat of Oopsie Daisies Tyranny, a black jelly base with red hex glitters. For my two accent nails I used two coats of aEngland Perceval as base and stamped a poppy using black Born Pretty Store stamping polish and L034 stamping plate. One coat of KBShimmer Clearly On Top finished the mani. 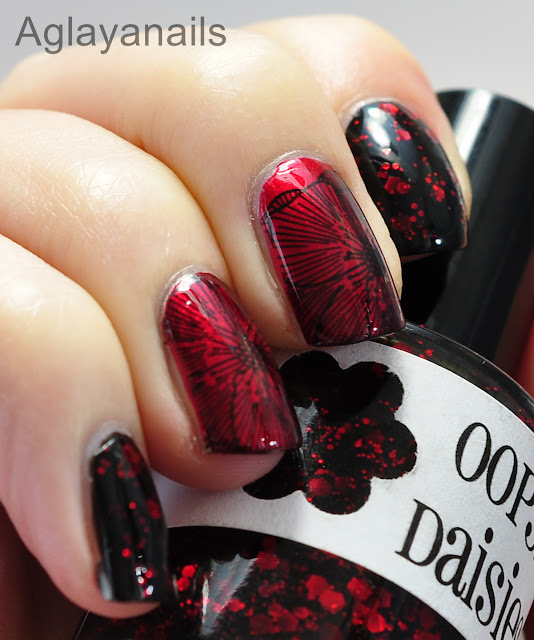 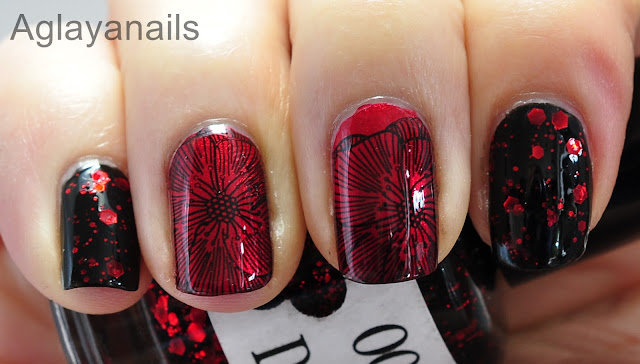 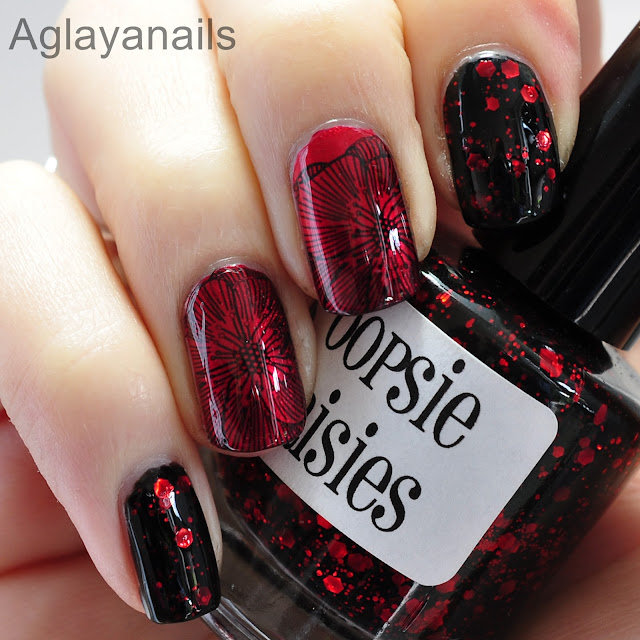 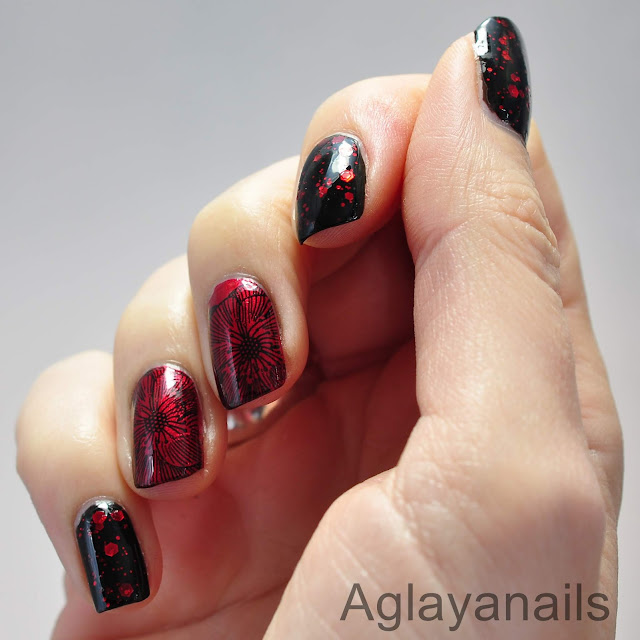 Oopsie Daisies seem to be gone since 2014, but you can still get all aEngland polishes, including Perceval here.