A Box, Indied - Out With the Old, In With the Blue 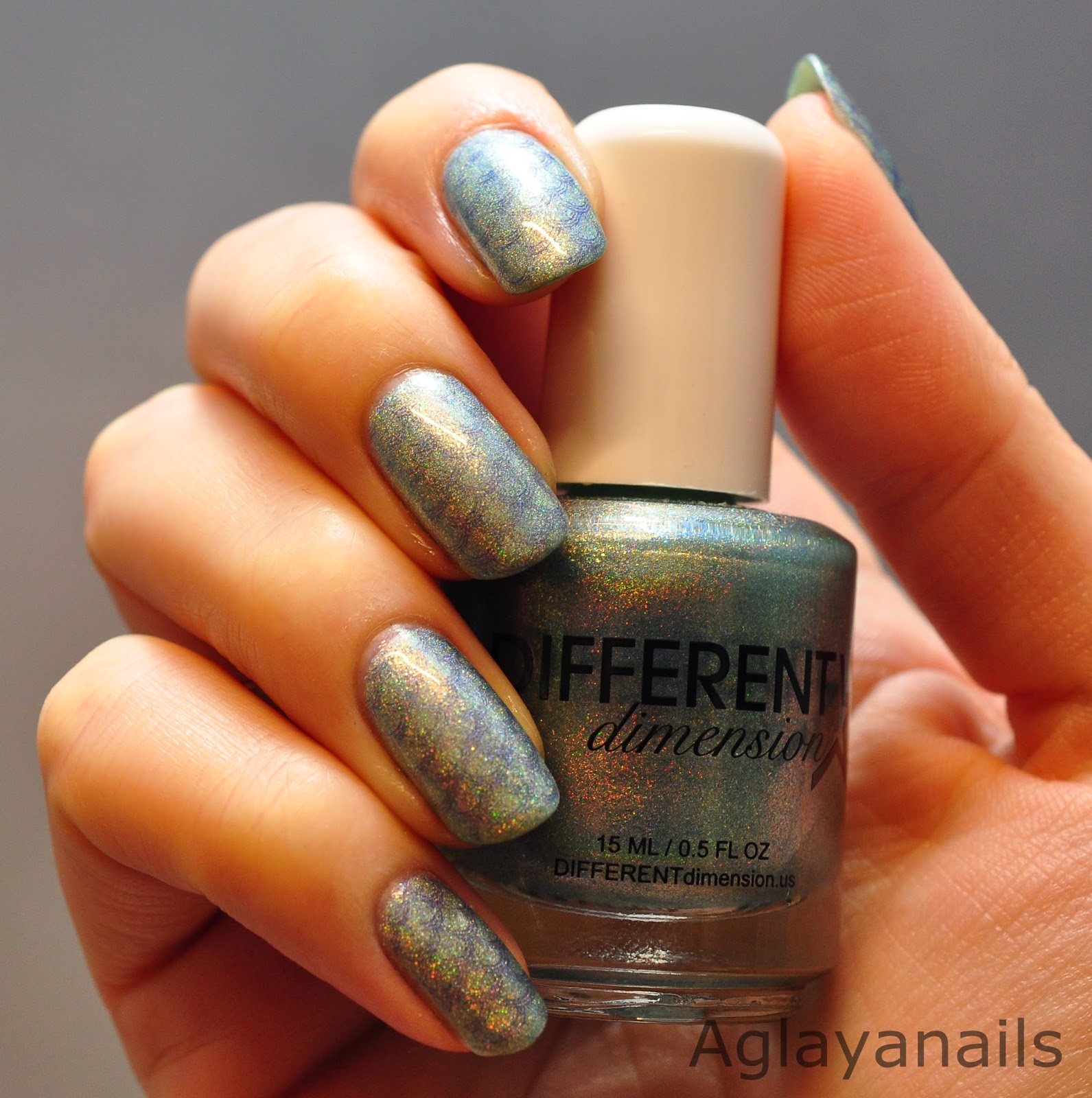 The third polish of the january "A Box, Indied" is Different Dimension Out With The Old, In With The Blue. 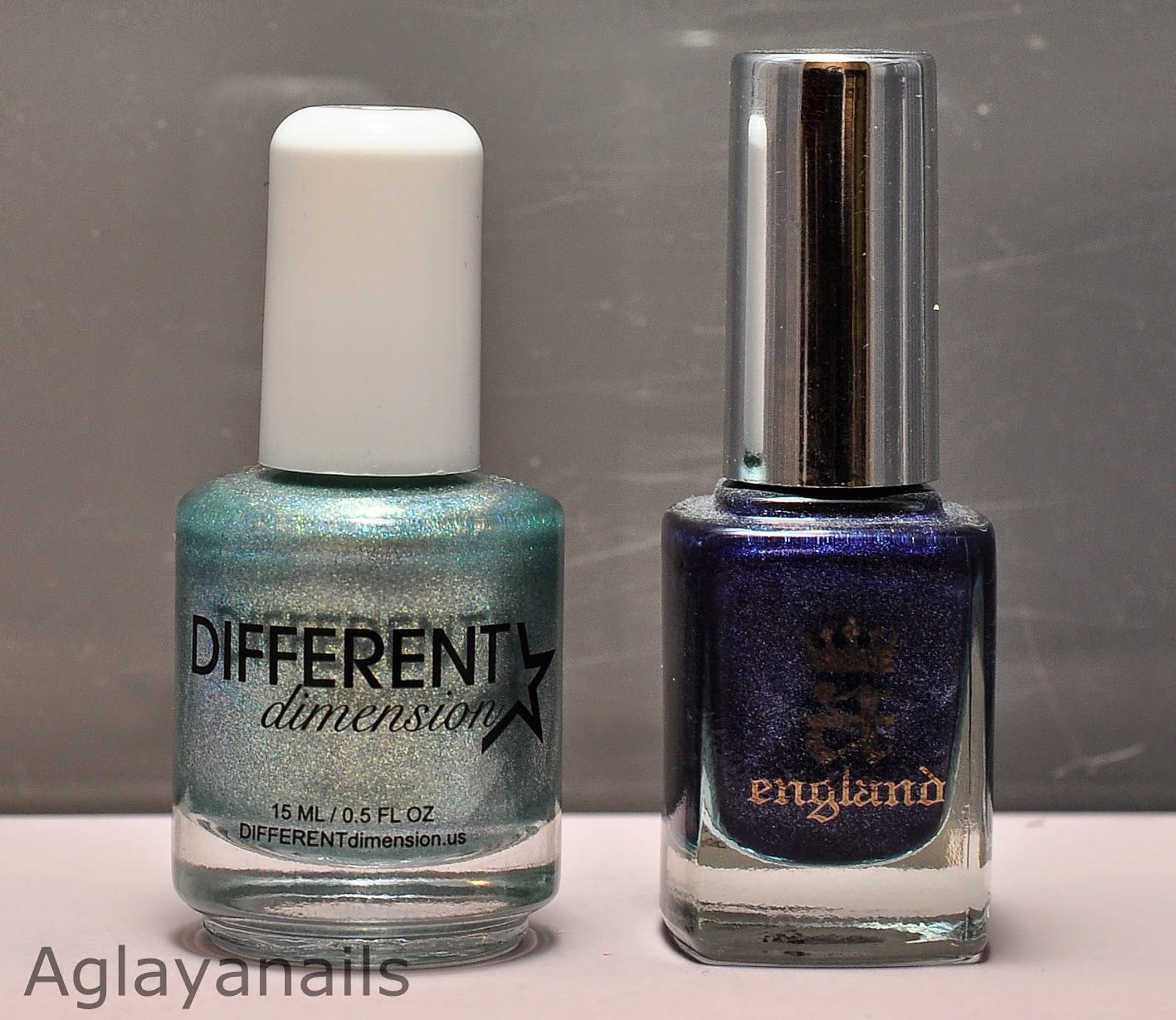 Out With the Old, In With the Blue is a light blue holo polish with some small glitter particles in it. I used three coats for the pictures. 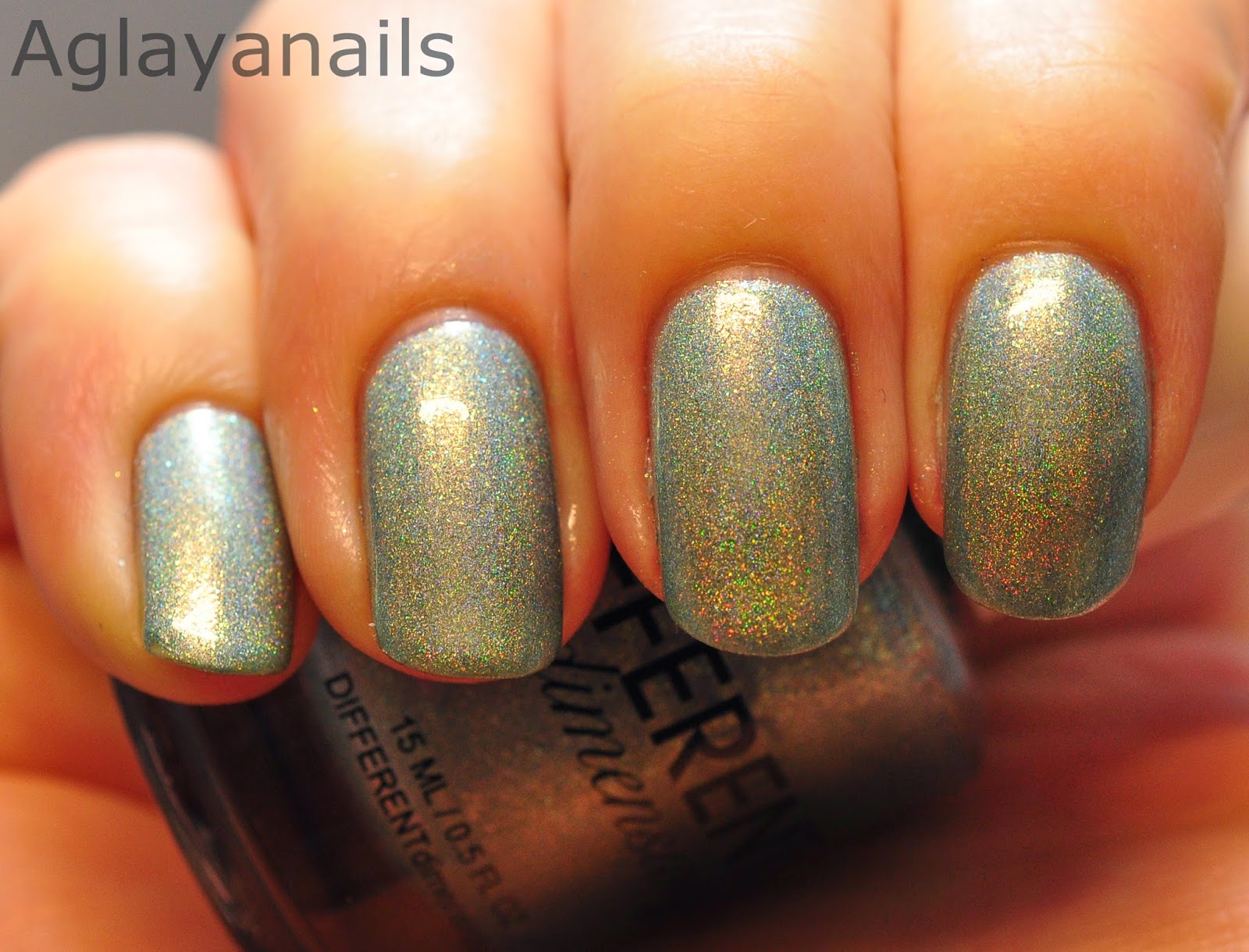 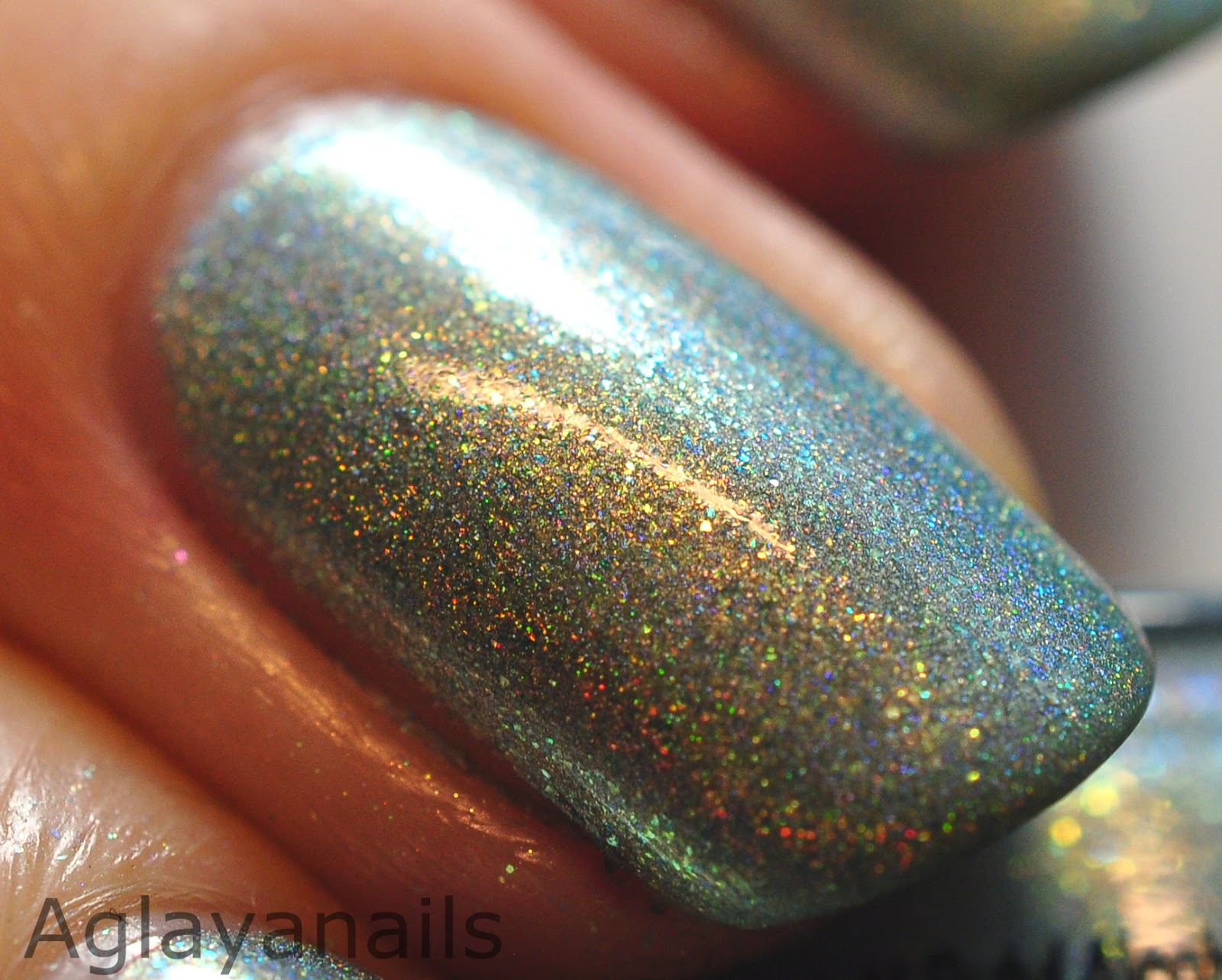 For the stamping I used aEngland Tristam and Bundle Monster BM-502. One coat of KBShimmer Clearly On Top protected the stamping. 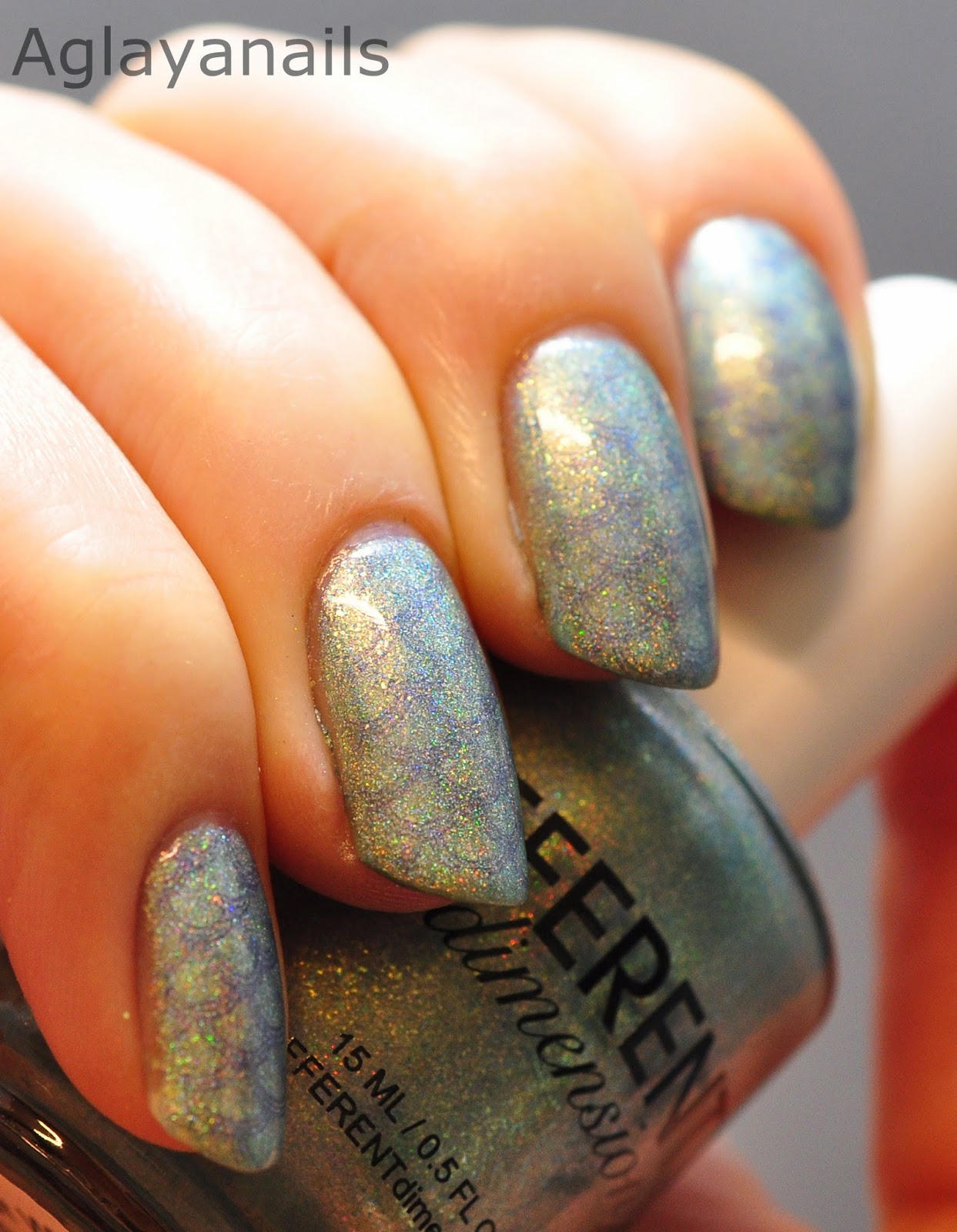 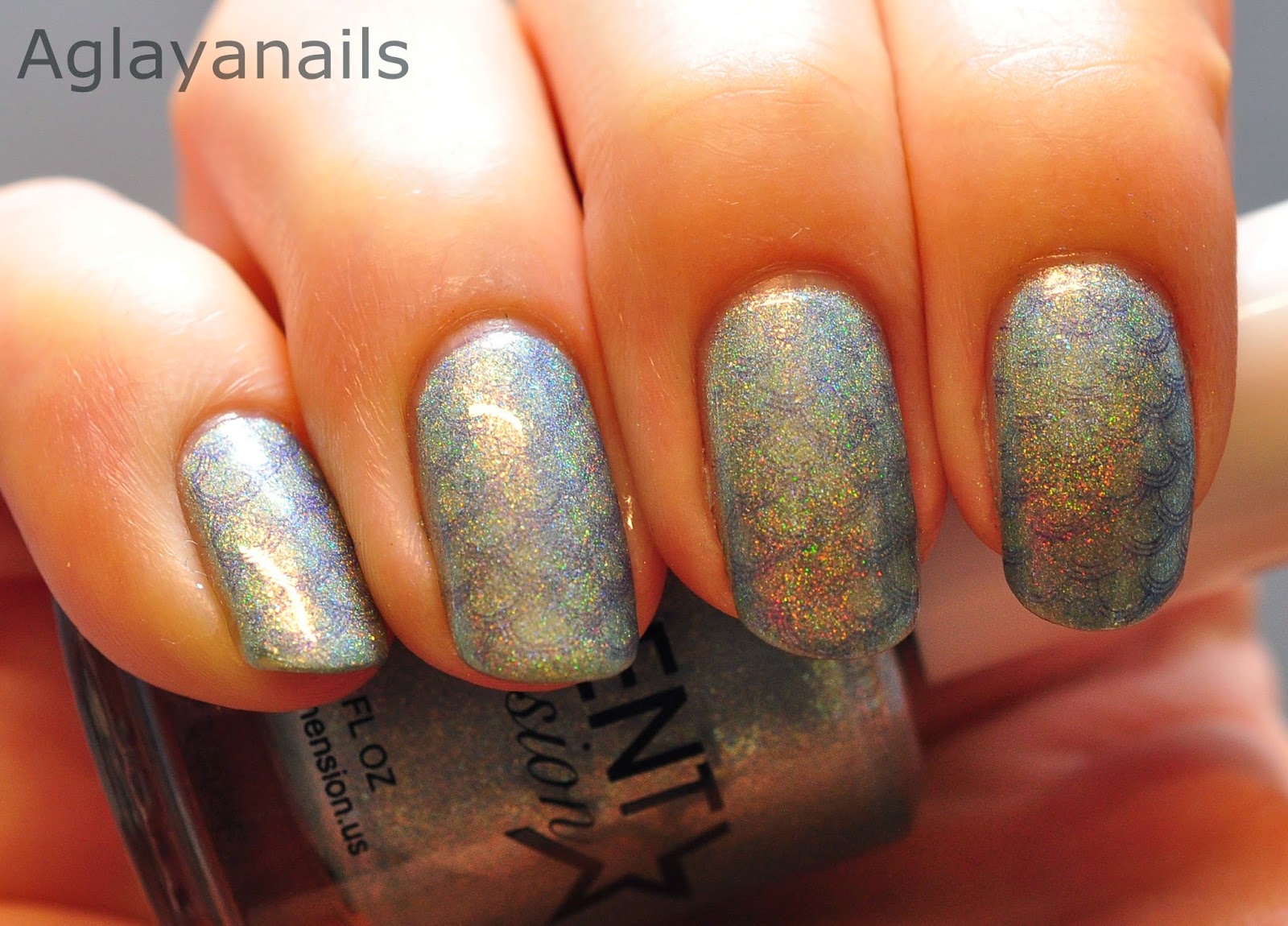 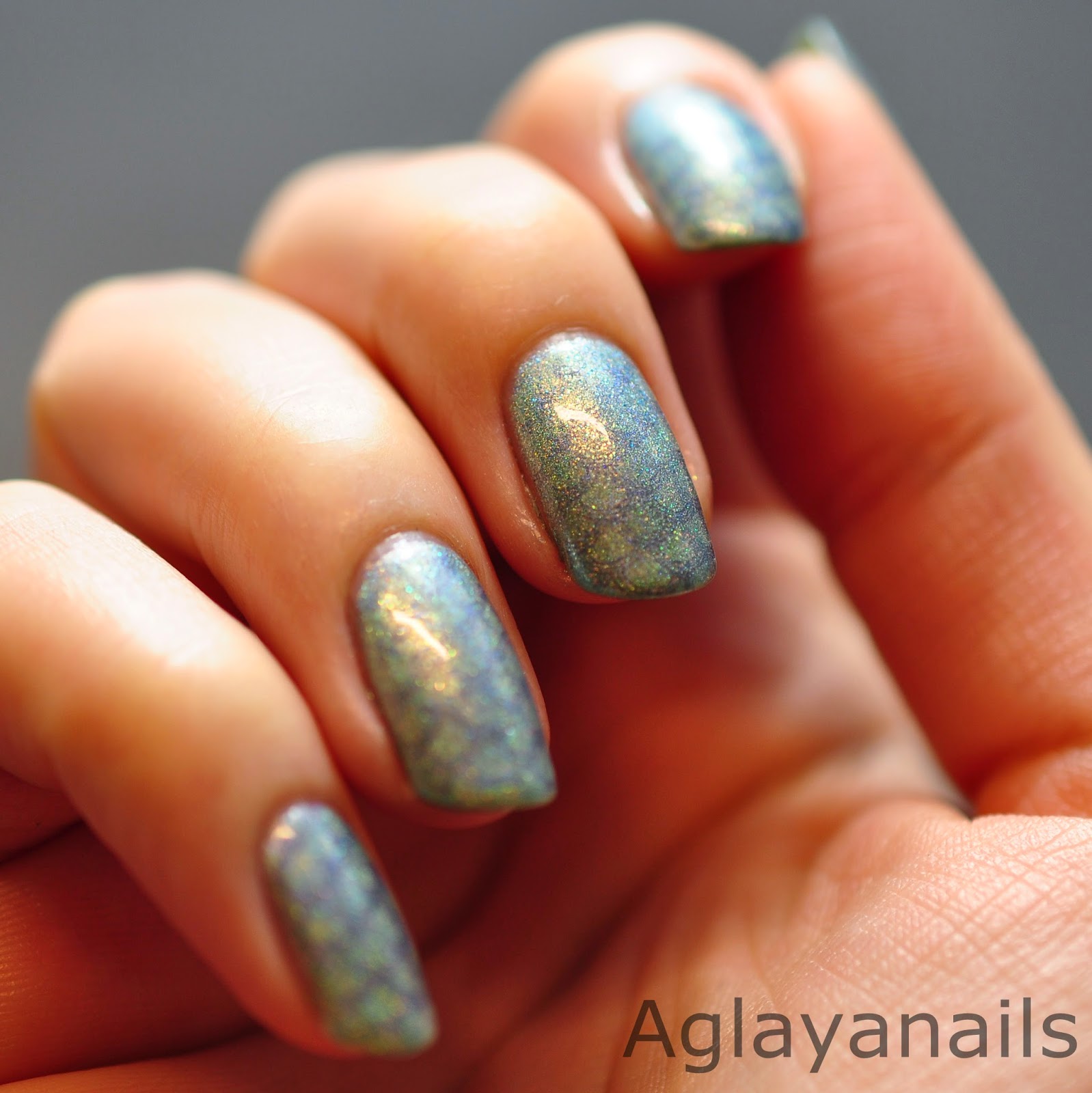 Different Dimension polishes can be found on Etsy, at Mei Mei's Signatures or at Llarowe. Out With the Old, In With the Blue is exclusive to the january "A Box, Indied". The box with five polishes is available at Llarowe as a one month only box or as subscription (50$ per box).