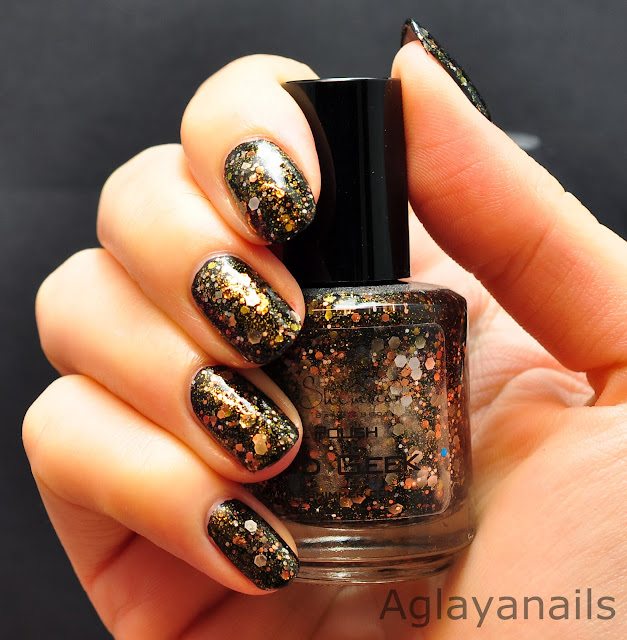 Today I have one of my beloved "black-jelly-with-glitter" polishes to show you: KBShimmer Band Geek. 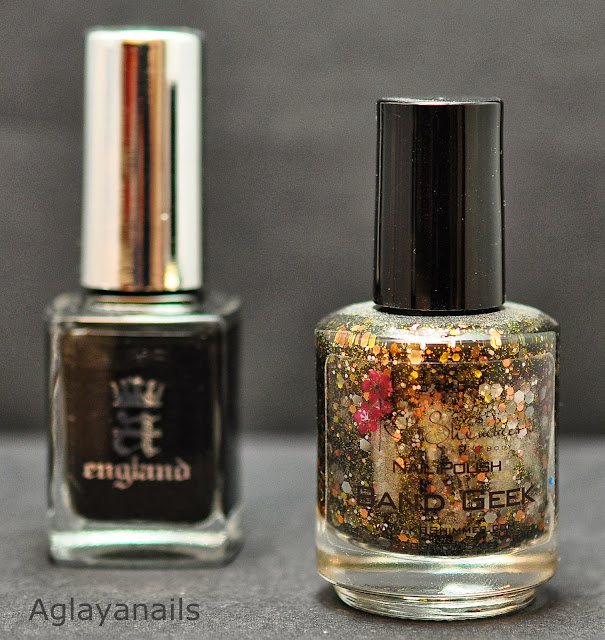 "This polish is an ode  to the band geeks of the world. Black jelly base to represent the oboe and  clarinet, several sizes of sliver, copper, and gold to capture the flutes, horns,  drums, and the rest of the band."
(Source: KBShimmer) 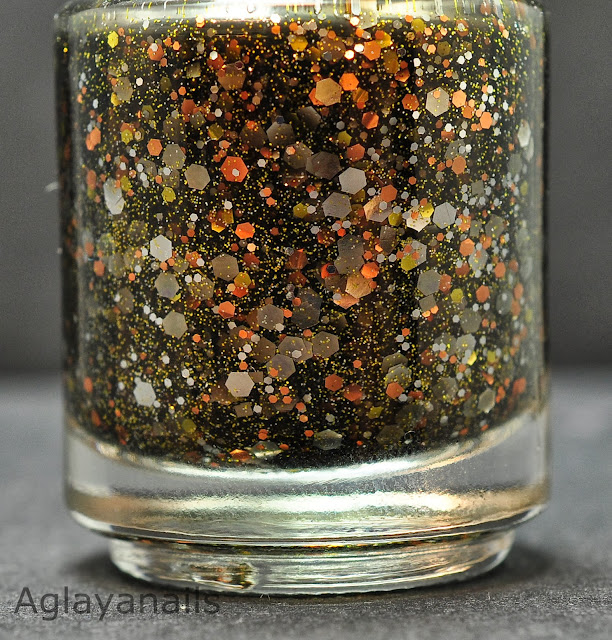 I used to play the trumpet as a teenager, so I guess, I was a band geek, too (there was no school band, though, just the regional youth band, which I really liked, and, sadly, the "Dorfmusik", the local town band (where I had to participate, didn't choose so...), where we played a lot of military marches, humptata, humptata...). And of course we brass guys thought we were better than the woodwinds (and the other way round) ;-)

I layered two coats of band geek over a black creme (a England Camelot) and added one coat of Nail Pattern Boldness Glitter Food and one coat of OPI RapiDry topcoat. 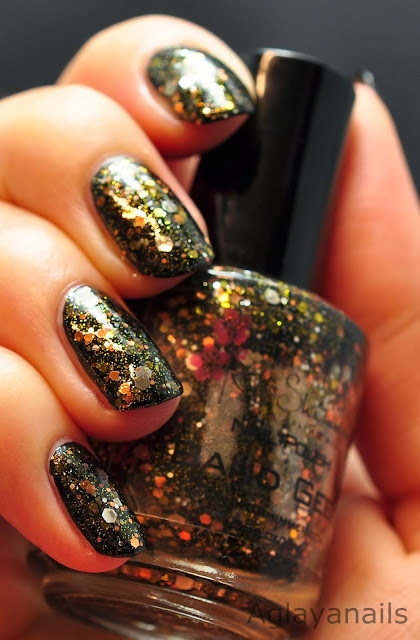 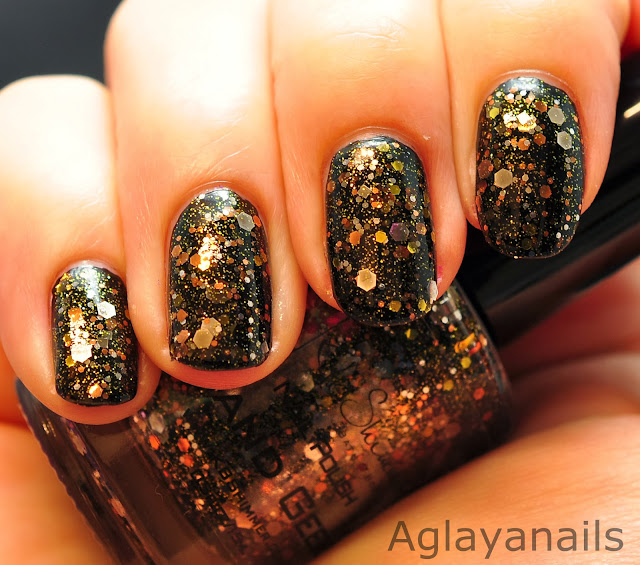 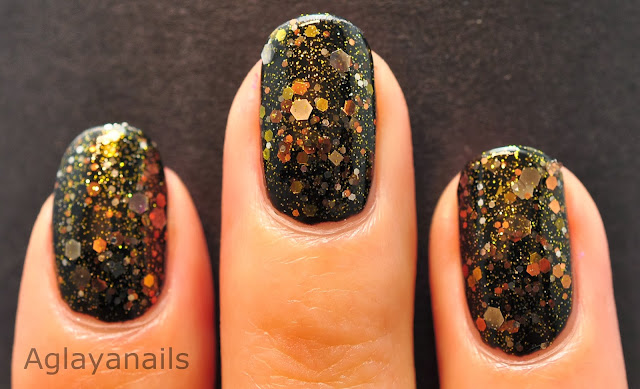 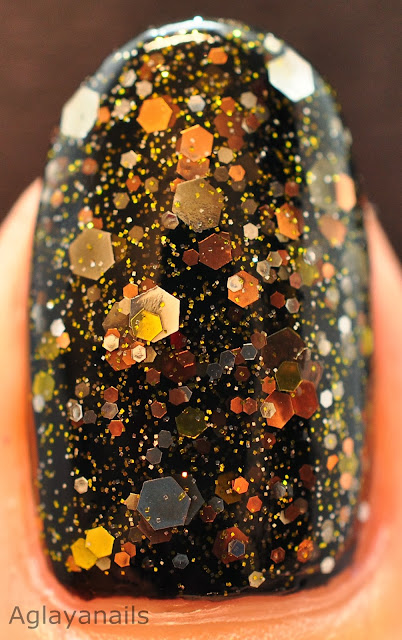 KBShimmer polishes are sold on their website (US only) and at Harlow & Co.

Email ThisBlogThis!Share to TwitterShare to FacebookShare to Pinterest
Labels: a England, Indie, KBShimmer