On Her Majesty's Silver Service 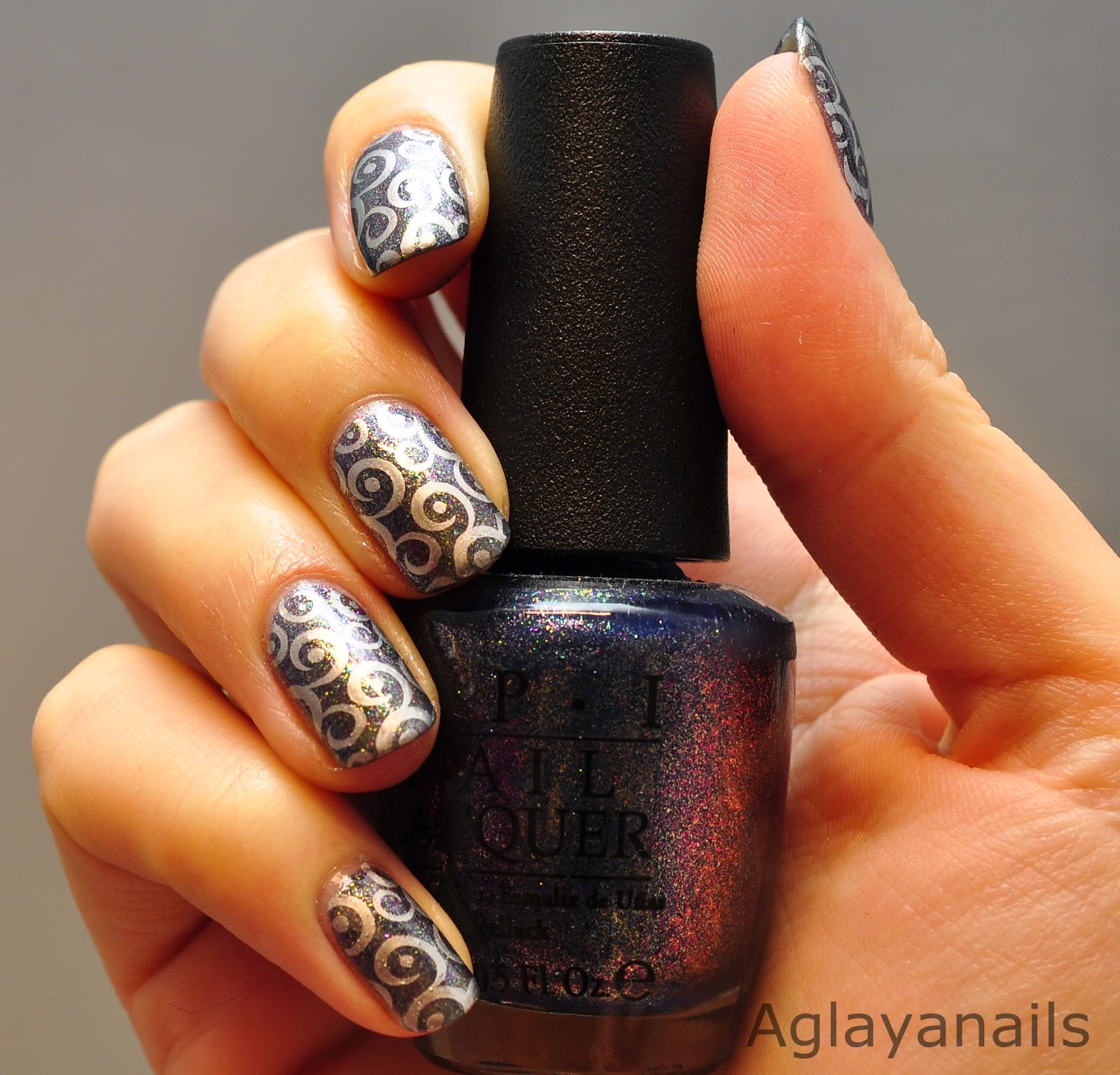 For today's mani I used one of OPIs James Bond polishes: On Her Majesty's Secret Service. While I quite love the polish, I have to admit that the Bond movie it's named after is the one I like least. I really want to love it, because it's "the Swiss one", but I just can't stand George Lazenby as Bond... On Her Majesty's Secret Service has a clear base filled with multicolored glitter flakes that combine to a grey based multichrome finish shifting from blue over pink to a golden green. The polish is quite sheer, three coats were wearable, but not 100 % opaque. 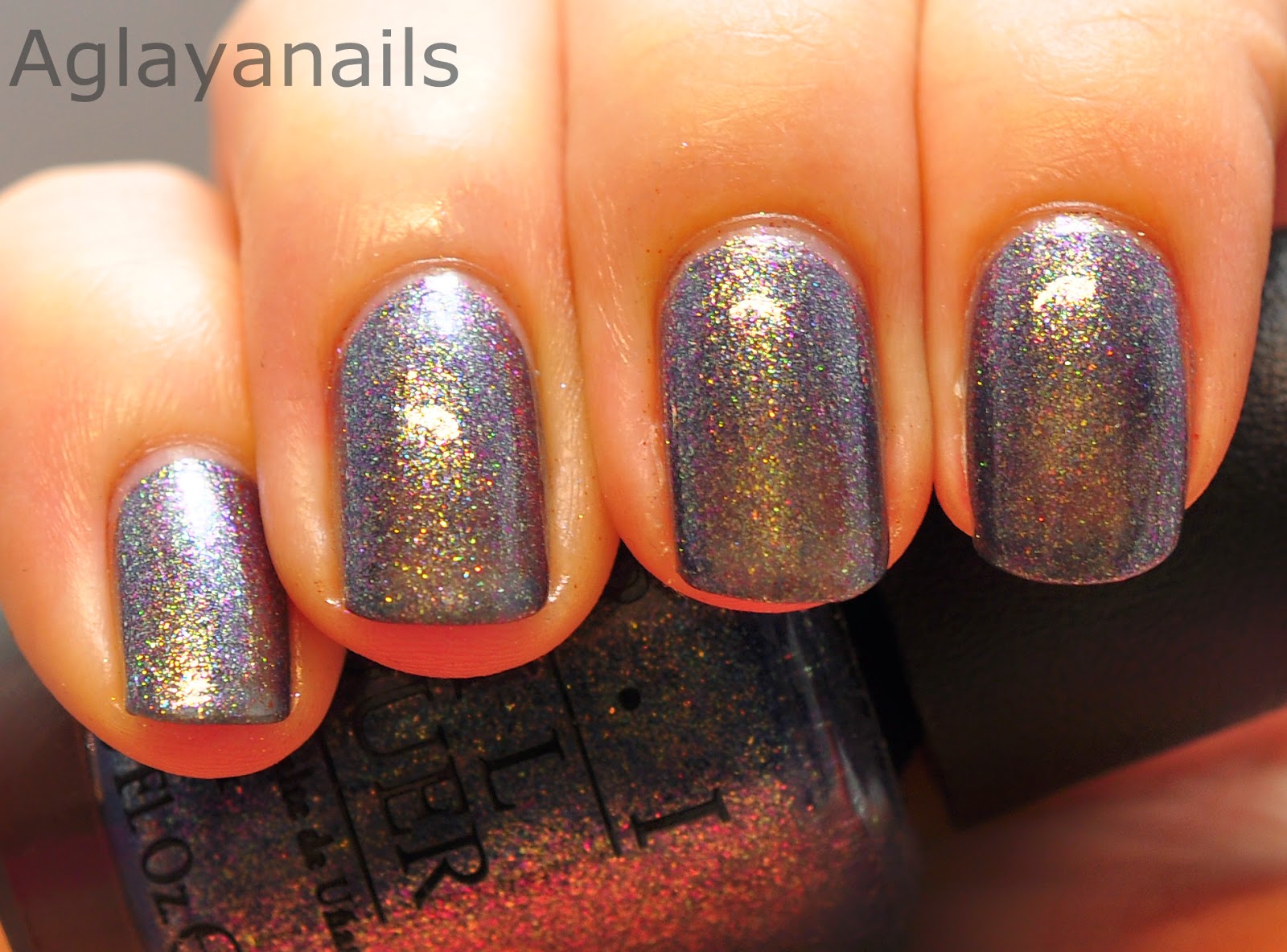 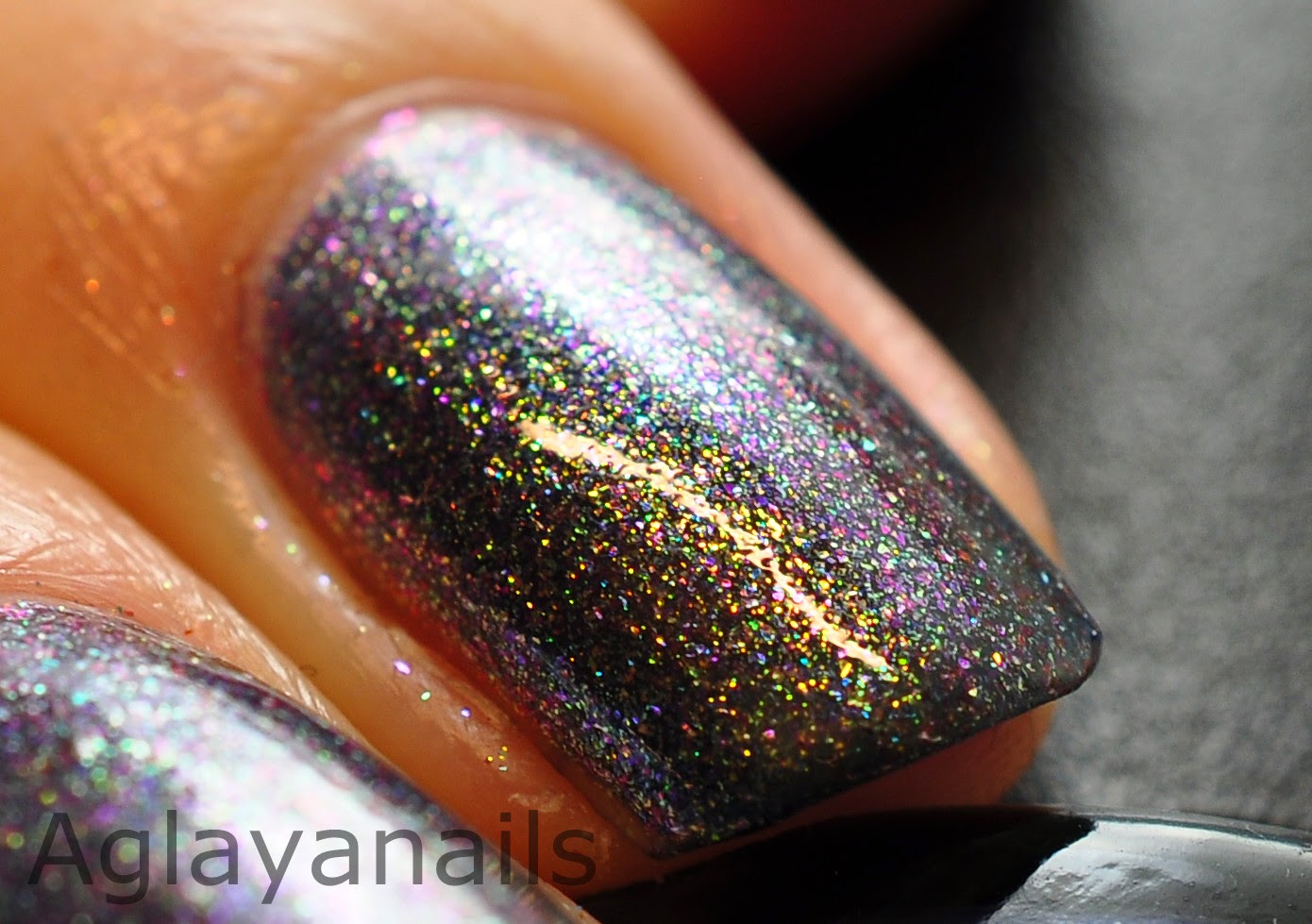 I used Pueen plate 46and BarryM Silver Foil to add this swirly pattern. One coat of aEngland The Shield finished this mani. 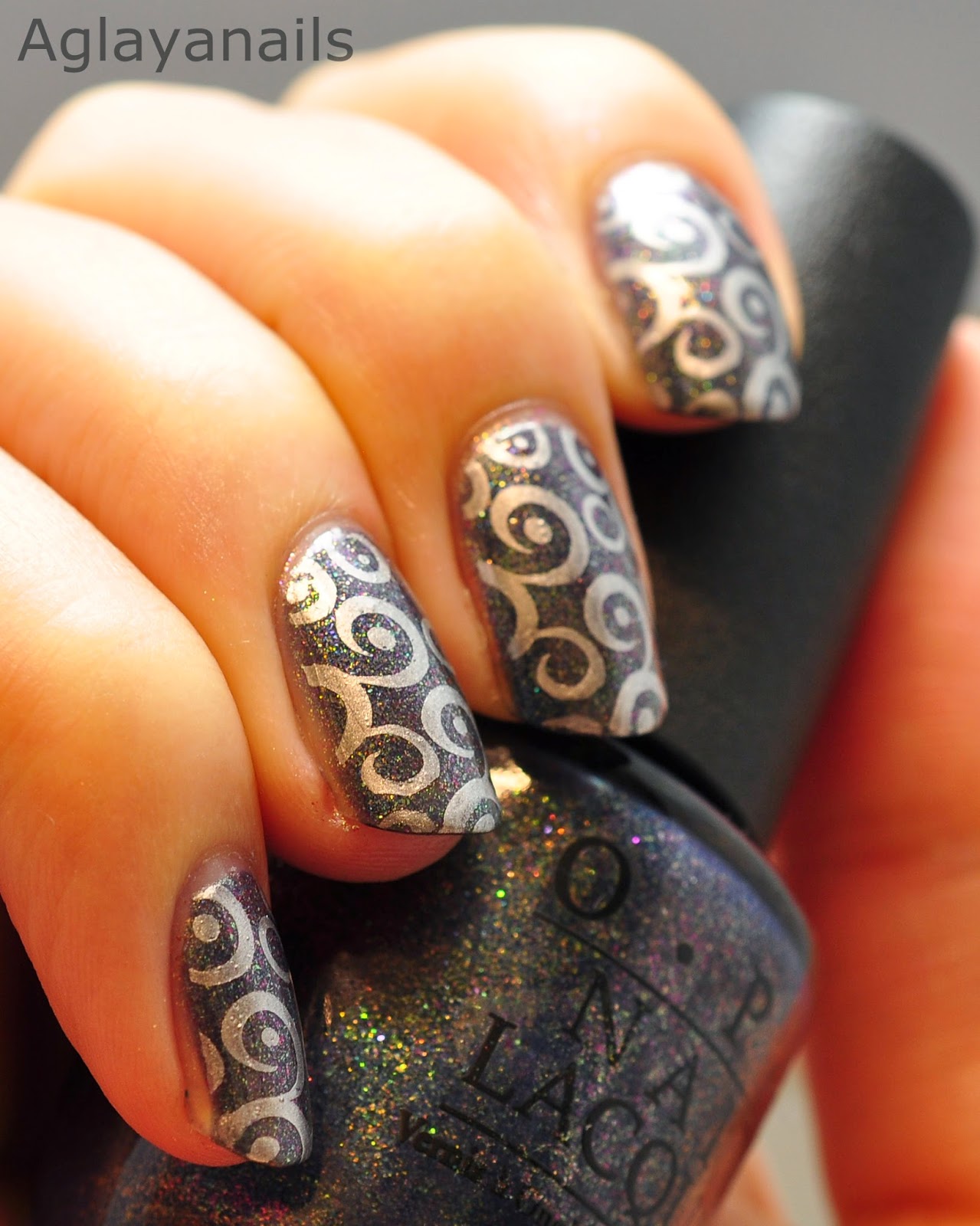 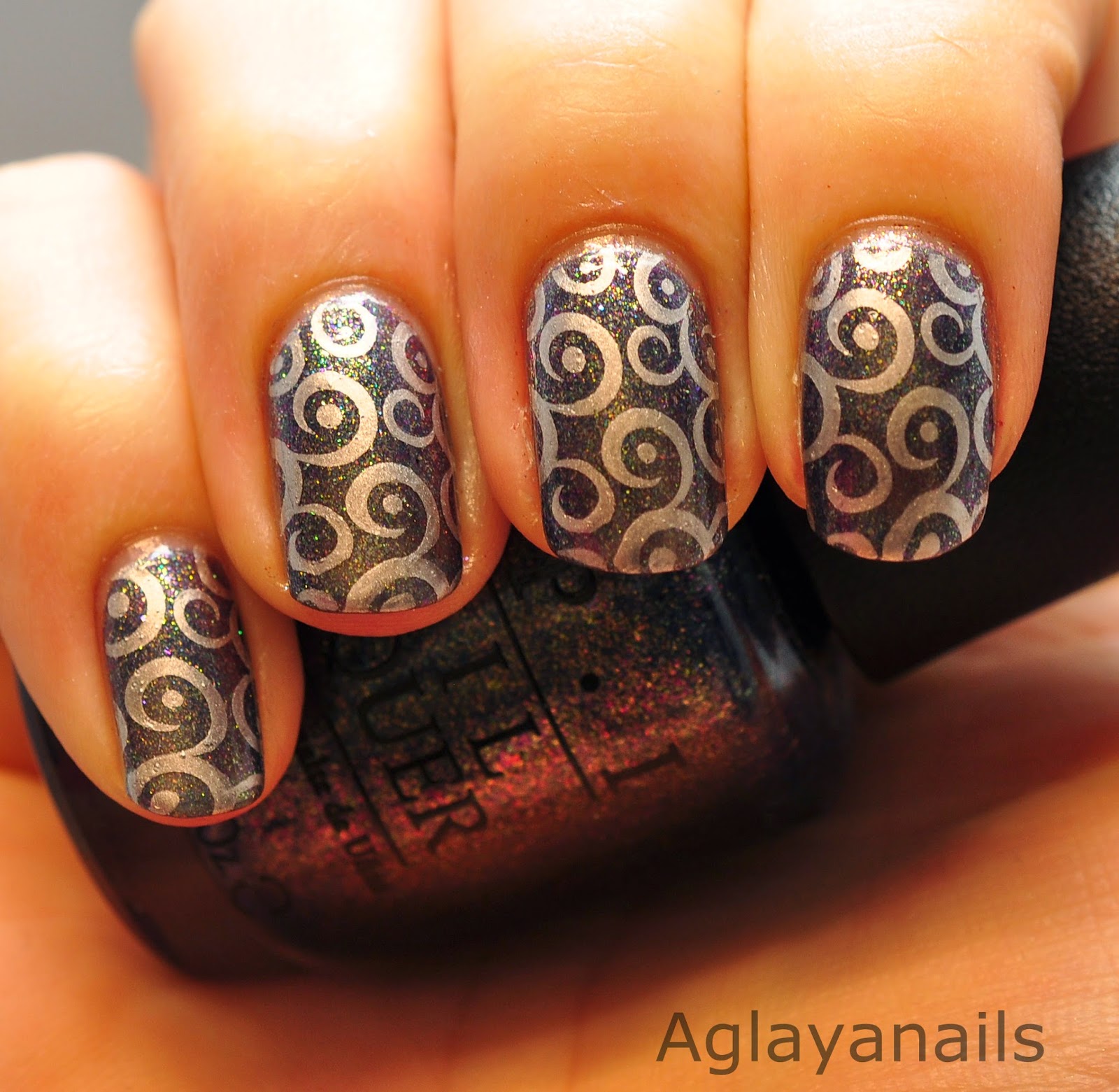 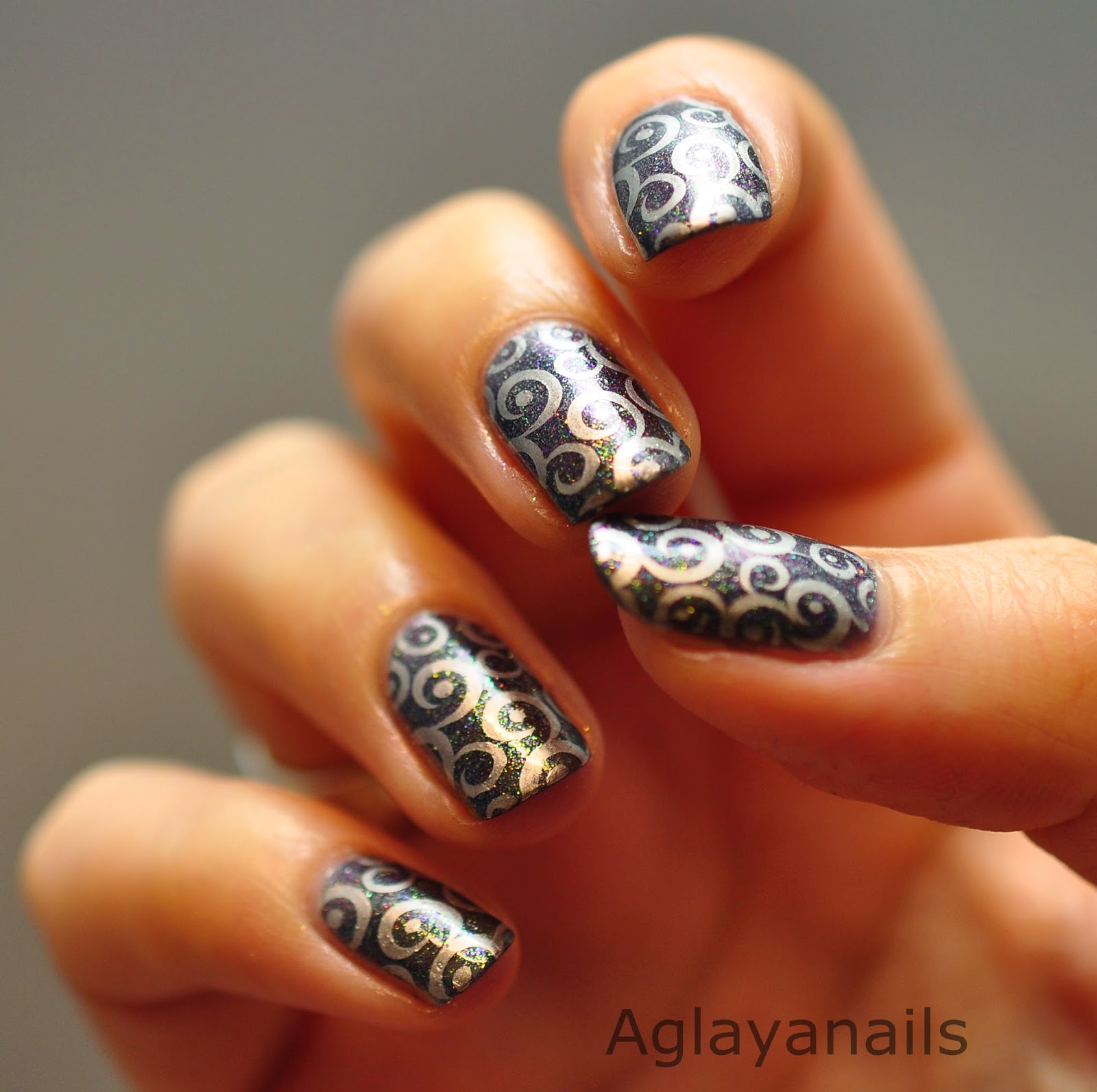 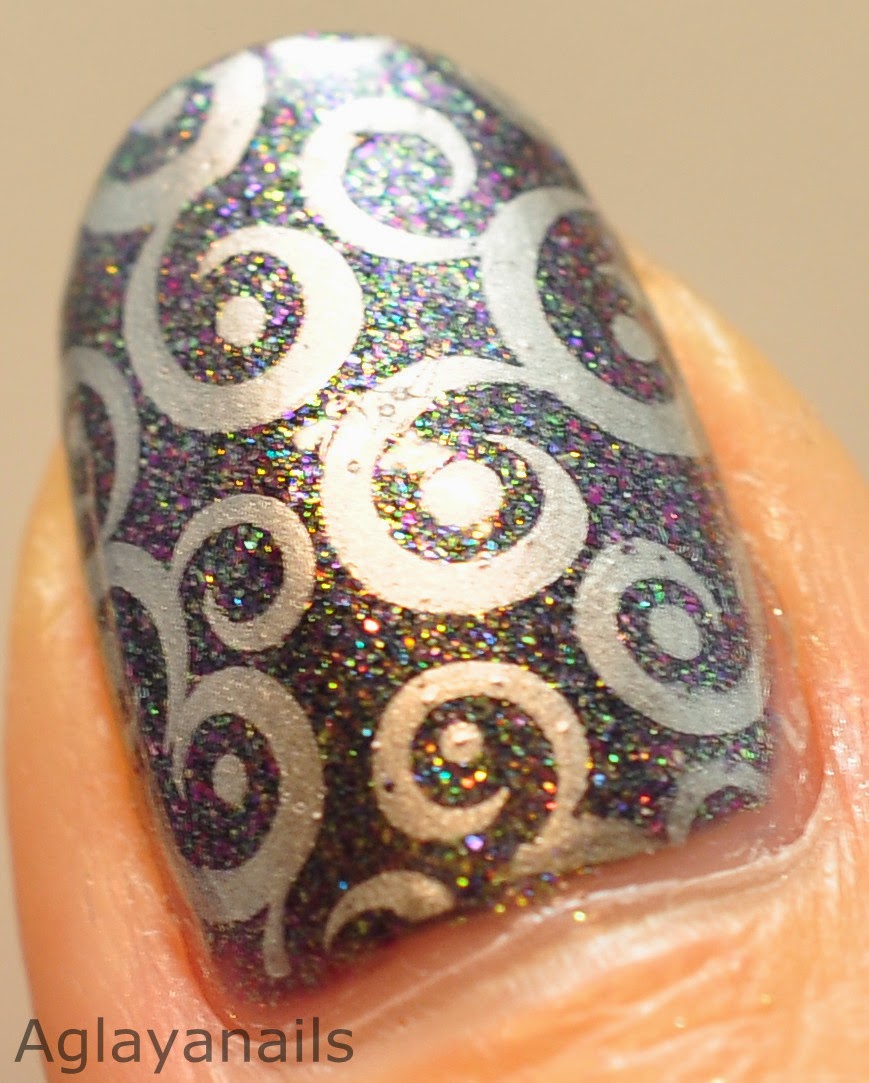