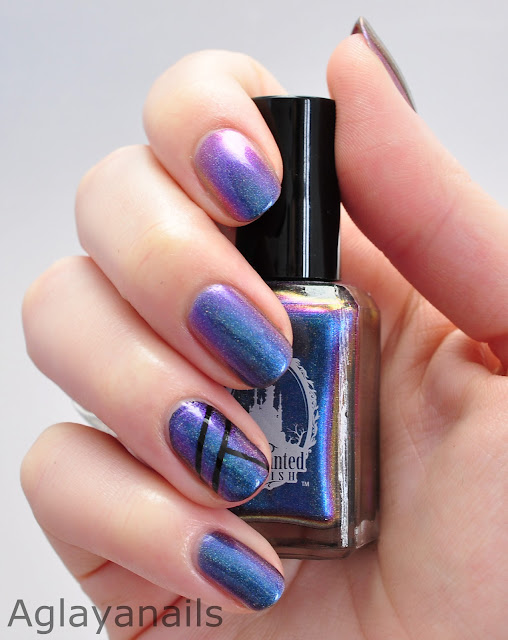 Today I want to show you the mani I was wearing during my Sci Fi Convention. The name fits perfectly for such an event: Across The Universe 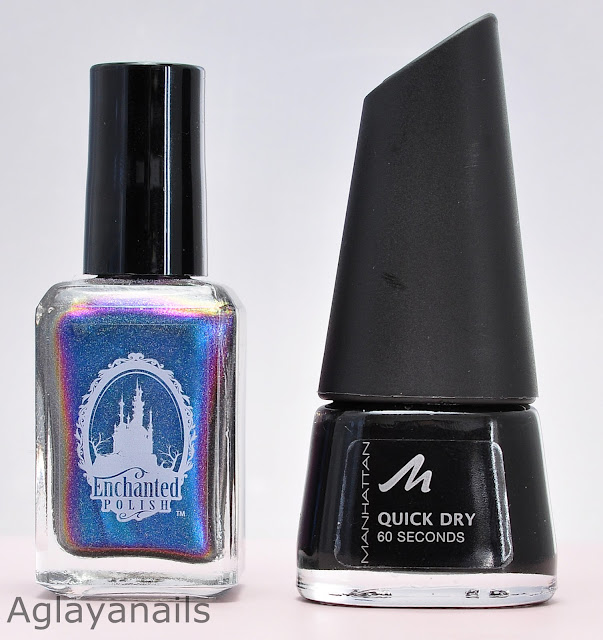 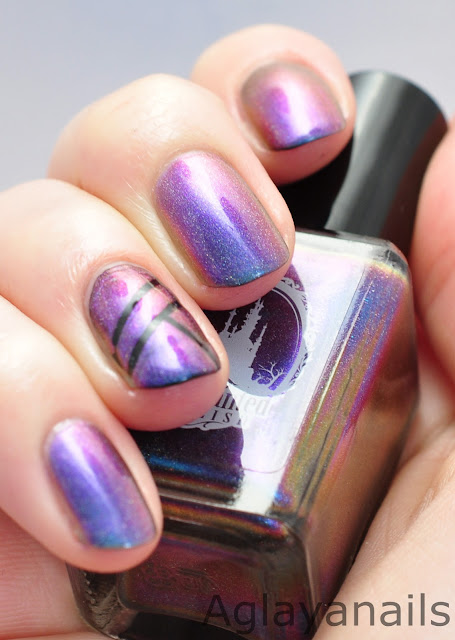 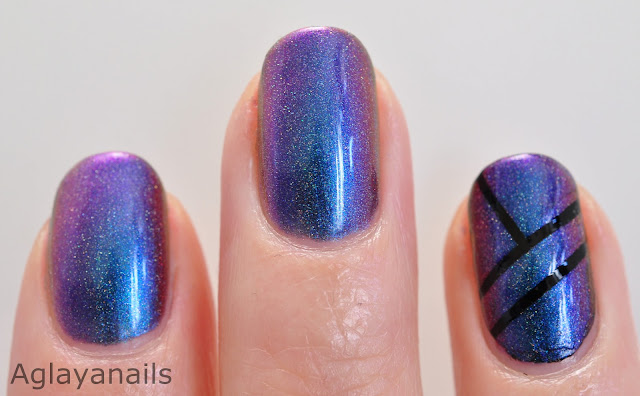 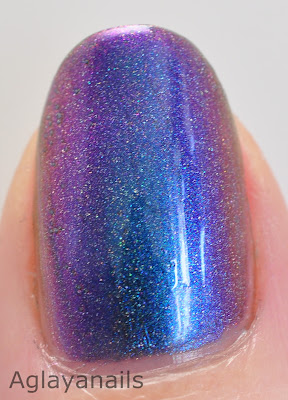 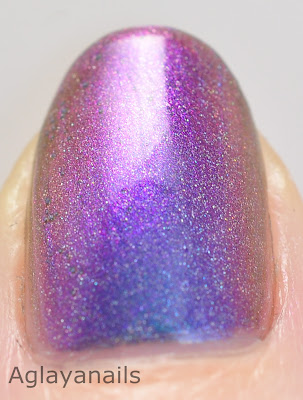 Formula's great, I used three coats on it's own (one coat over black (Manhattan 1010N) and some striping tape on my ring finger) and had no issues with application. I did have some issues with photography, though. I was only able to capture either the color shift or the holo effect, but it proved impossible for me to capture both at the same time...